In response to the actions by Russia regarding Ukraine, the 31 member countries that make up the International Energy Agency have agreed to release oil from strategic reserves

The emergency response sends ‘a unified and strong message to global oil markets that there will be no shortfall in supplies as a result of Russia’s invasion of Ukraine’, the Paris-based agency says 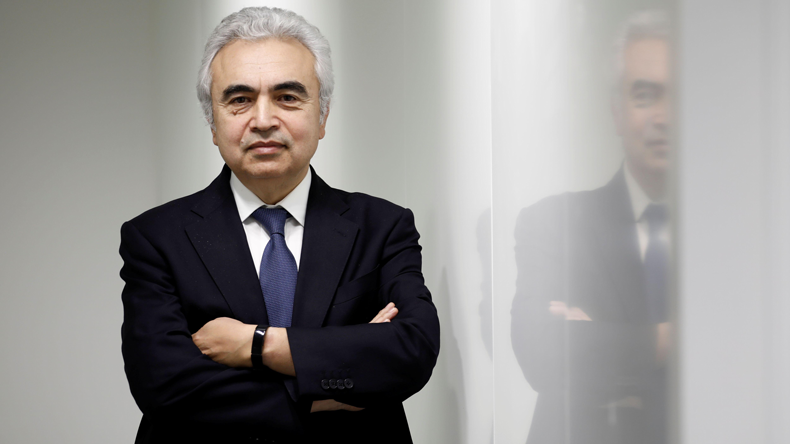 Source: Reuters / Alamy Stock Photo Birol: “Global energy security is under threat, putting the world economy at risk during a fragile stage of the recovery.”

MEMBER countries of the International Energy Agency have agreed to release 60m barrels of oil from their emergency reserves to send “a unified and strong message to global oil markets that there will be no shortfall in supplies” as a result of Russia’s invasion of Ukraine.

At an extraordinary meeting held today, the 31 member states of the Paris-based agency noted with concern the energy security impacts of the “egregious actions” by Russia, and voiced support for sanctions imposed by the international community.

They noted that Russia’s invasion comes against a backdrop of already tight global oil markets, heightened price volatility, commercial inventories that are at their lowest levels since 2014, and the limited ability of producers to provide additional supply in the short term.

The IEA’s executive director Fatih Birol said: “It is heartening to see how quickly the global community has united to condemn Russia’s actions and respond decisively.

“I am pleased that the IEA has also come together today to take action.

“The situation in energy markets is very serious and demands our full attention. Global energy security is under threat, putting the world economy at risk during a fragile stage of the recovery.”

The announcement of an initial release of 60m barrels, or 4% of those stockpiles, is equivalent to 2m barrels per day for 30 days.

The coordinated drawdown is the fourth in the history of the IEA, which was created in 1974. Previous collective actions were taken in 2011, 2005 and 1991.

The IEA secretariat will continue to closely monitor the global oil and gas markets and may recommend further action, as needed.

Tanker markets have been volatile amid the uncertainty created by the Russian attack on its neighbour Ukraine.

Russia is the world’s third-largest oil producer and the largest exporter. It exports 5m bpd of crude oil, or about 12% of global trade, while its 2.85m bpd of petroleum products represents about 15% of global trade, according to the IEA.

Roughly 60% of Russia’s oil exports go to Europe and another 20% to China.