Vitaliy Kindrativ, head of Ukraine’s maritime administration, said there had been some damage to ports 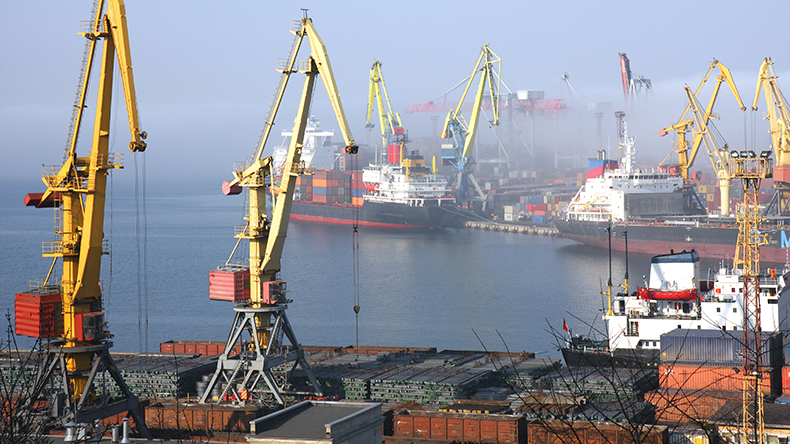 Source: Helga / Alamy Stock Photo Odessa would see no shipping for a month even if fighting stopped tomorrow, according to Lerus Group’s Ruslan Gromovenko.

UKRAINE has called for an extraordinary session of the International Maritime Organization to protest its invasion by Russia and discuss safety threats to the Black and Azov seas.

It has asked for “wide-scale support” for its seafarers, saying its ports were closed for entry and exit because of the war.

“This critical situation affects international shipping and seafarers worldwide, either on board and ashore, and their families,” it said in a statement seen by Lloyd’s List. “The world is now becoming united in support of Ukraine’s sovereignty, territorial integrity and freedom. Recent days have shown us who are our real friends and who are foes and their henchmen.”

Ukraine said its maritime administration was working out how to repatriate foreign seafarers locked in its ports.

Vitaliy Kindrativ, head of the administration, said there had been some damage to Ukrainian ports but it was not critical.

Russian troop landings through ports could cause “great destruction of port infrastructure,” he said, adding it may be necessary to destroy such infrastructure to prevent Russia taking it. Russia’s navy had blocked about 100 foreign-flagged ships in Ukrainian ports. He declined to comment on whether Ukraine had laid mines to prevent landings.

With its ports closed Ukraine was working to increase supplies of food and provisions through its western border, he added.

Ukrainian maritime workers have made appeals to the shipping industry.

In a video shared on Youtube, master Oleksiy Luchyno appealed to companies, and organisations like the seafarers’ union to help fund the country’s war effort.

“We receive letters of support from our shipowners, but I think that this is categorically not enough; I would even call it absolute inaction,” he said. “I request you all to help my state financially.

“For us — sailors, men, fathers working far at sea, it is terrible to realise that we cannot help our country in any way. We have shown our reliability, professionalism and stability. And in this most hardest time we continue to fulfil our duties, following all international maritime rules and laws. While we continue to work, our families are being attacked. Our children are hiding in basements.”

Capt Luchyno said he had refused to take his ship to a Russian port of unloading. He said he would either be removed as a result, or the ship’s charterer would join in refusing to unload in Russia.

“This is a personal matter for everyone, gentlemen, but I believe in your common sense, and I believe in my country.”

Ruslan Gromovenko, founder of the Odessa-based seafarer training company Lerus Group, said his city was locked down and there would be no shipping through the port for a month even if the fighting stopped tomorrow.

Speaking to Lloyd’s List by phone from his home, which he was preparing to defend with a rifle and Molotov cocktails, Mr Gromovenko called on shipping bodies to freeze Russian seafarers’ certificates to stop them working offshore, as a form of maritime sanctions to add pressure on Russia to stop the war.

Mr Lloyd said doing so would hurt seafarers’ welfare and damage the integrity of its global qualification “while having zero impact on the political decisions taken in Moscow”.

“We’re not clear where the Russian DPOs are currently employed. They may well be embarked on vessels of a different flag and working for employers who also oppose the actions taken by the Russian forces,” he added.