Bunker suppliers are halting all Russian business while companies across the industry seek legal guidance and race to manage Russian exposure risks. For markets relying heavily on credit and post-payment, the withdrawal from Russia has been swift 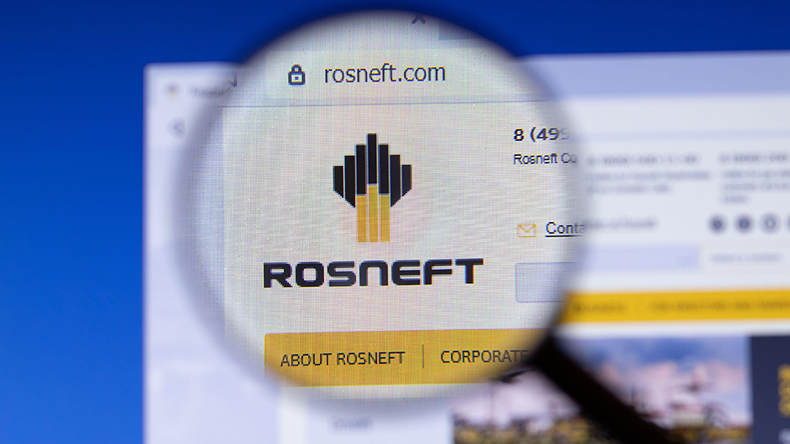 Source: Postmodern Studio / Alamy Stock Photo BP will exit its 19.75% shareholding in Rosneft that it has held since 2013.

CRISIS meetings in boardrooms across the maritime sector continue to see trades exposed to Russia put on hold or abandoned completely amid growing concerns over sanctions and potential risks associated with Russian-linked counterparties.

“There is a huge amount of potential trade out there that does not touch sanctions, but the trades cannot be facilitated because the banks are not there to execute the trade,” one chief executive told Lloyd’s List following a three-hour board meeting that saw his bunker supply company cease trading with all Russian counterparties and halt supply to Russian ports.

Several banks have started refusing to issue letters of credit to cover Russian crude, however following announcements from several governments pledging to block certain Russian banks’ access to the Swift international payment system over the weekend, the reluctance to cover credit to any Russian counterparty has escalated across the shipping sectors.

For markets like bunkers that rely heavily on credit and post-payment, the withdrawal from Russia has been swift.

For companies with Russian exposure that cannot be abandoned so easily, there has been a rush to seek legal guidance on managing risk.

“There has been an elevated level of enquiry from clients looking to assess their Russian risk exposure,” said Daniel Martin, a partner and sanctions expert at law firm HFW. “We are fielding calls from clients across the sector looking to understand their exposure and how to mitigate this in light of the changing legal landscape.

“Clients are in a hugely challenging position because of the legal complexity of the measures, the very significant amount of ongoing trade with Russia, and the extent to which sanctions measures are being announced by politicians prior to the legal instruments being published.”

Other law firms have issued blanket bans on partners talking publicly about Russia, such is the political sensitivity from clients exposed to the turmoil.

Inside banks, officials and legal teams are understood to be “scrambling to decide what it means”, with insiders warning that policy is unlikely to catch up with political rhetoric until treasury departments can issue guidelines.

Those companies prepared to make statements are largely sticking to the line that it is business as usual until such time as sanctions measures directly target shipping entities.

However, off the record, multiple senior shipping company insiders are characterising the current situation as “chaotic” and “very dynamic”.

Lloyd’s List understands that several major bunker suppliers have now ceased trading with Russian counterparties completely and most stopped supplying Russian and Ukrainian ports more than a week ago.

“Rather than spending time and potentially thousands of dollars in legal fees proving due diligence in the event that authorities question trades, we are sitting it out and waiting to see how things pan out,” said one bunker supplier executive. “If we feel that there is a reasonable way to restart, we may consider but at this point of time, we are not touching Russian counterparties — it’s too risky.”

Bulker owners shun Russia, with some trying to unwind positions as the situation surrounding the military incursion into Ukraine unfolds

Oil majors BP and Norway’s Equinor have announced that they would be exiting investments in Russia. BP said it would exit its 19.75% shareholding in Rosneft that it has held since 2013.

Elsewhere, companies with an existing client base of Russian interests have been quietly considering exposure and performing urgent due diligence checks on Russian beneficial ownership links.

For classification societies with Russian owners and vessels, the current line continues to be that they are monitoring political developments closely, but so far no changes have been made.

“We are keeping abreast of the widening sanctions requirements as they are enacted and anticipate we will be further updating our compliance requirements in this regard,” a  Lloyd’s Register spokesperson said. “We are keeping in close touch with external advisors to help ensure LR’s compliance programme is updated as required.

“In recent years, LR has had very limited involvement with vessels owned or managed by Russian interests.”

A spokesman for DNV said: “We are currently reviewing all ongoing contracts and operations with Russian entities. DNV is committed to complying with all relevant international sanctions.”

Remi Eriksen, DNV group president and chief executive officer, said: “We are deeply disturbed by the invasion of Ukraine, which is inflicting terrible harm to the citizens of Ukraine and threatening peace across the region. Our top priority is the safety of our people, and we are working to ensure our employees have the support they need.”