Container cargoes to and from Ukraine have stopped. Now carriers are also considering whether to suspend Russia bookings 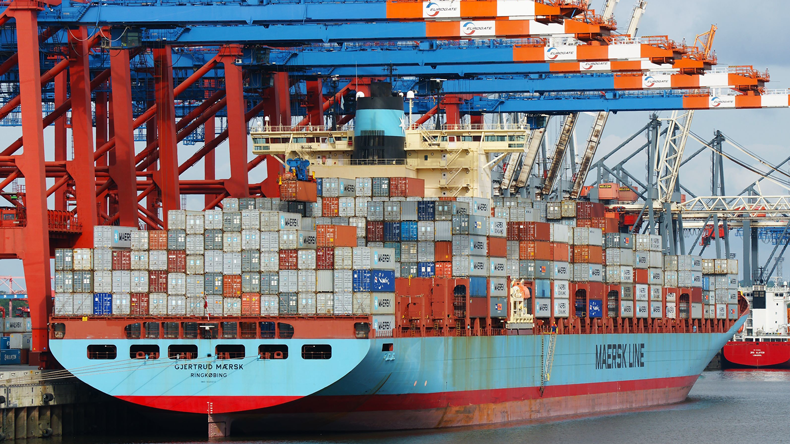 Possible further sanctions against Russia could make it difficult for carriers such as Maersk to accept cargoes.

THE growing threat of sanctions against Russian entities is adding yet more potential disruption to containerised supply chains, although at this stage their impact remains uncertain.

Maersk said it was closely monitoring and preparing to comply with “the ever-evolving sanctions and restrictions imposed against Russia”.

“Our preparations include a possible suspension of Maersk bookings to and from Russia on ocean and inland,” it told customers in an advisory. “We are at the same time keeping a close eye on developments and assessing the best options for our customers and their cargo.”

Sea-Intelligence chief executive Alan Murphy said that while it did not appear to have a major impact specifically on container shipping, there was enough uncertainty that carriers were choosing different risk profiles.

The wider implications of any sanctioning of Russian use of the Swift banking network remained unknown, but there was a risk of an impact to Russian shippers and consignees if their banks were unable to use the network, he added.

“Given that the war in Ukraine shows no signs of abating, it is an open question whether even more sanctions will happen,” he said. “Presently, it is not possible to predict even a few days into the future, and all bets are off in relation to the viability of Russian cargo and routings.”

Maersk said it would do what it could to deliver cargo already on the water to its intended destination.

“We have a sharp focus on safeguarding reefer containers and keeping cold chain operations as stable as possible, as the commodities include important goods such as groceries and pharmaceuticals,” Maersk said.

“We are doing everything possible to prevent risk to the above cargo and in turn risk to the end-users in need of these commodities. It’s also worth noting that air space is also gradually being restricted and our air services will be impacted.”

Maersk has also started offering a set of relief measures for customers with cargo destined to or from Ukraine.

These include free change of destination services and no cancellation fees for cargoes to Ukraine.

But to prevent further congestion at key ports, it is moving Ukraine cargo to ports with less cargo density and which have sufficient reefer plugs for perishable commodities.

“The sanctions imposed by the international community on Russia, and possibly on Belarus, will also be noticeable to European entrepreneurs,” it said. “It is important for entrepreneurs in international trade and logistics to be informed as well as possible about the consequences of the raid and sanctions to be able to properly assess the impact on their own business operations.”

It warned of stricter controls at borders between Russia and Ukraine and a number of EU member states, and said the China-EU railway, that runs via Russia and Belarus to Poland could be affected.

“It is still unknown whether this railroad line is still functioning properly,” the ESC said. “Russia transports a lot of military equipment to Belarus via this railroad.”

The impact of sanctions issued by the European Commission that come into effect on Friday, is still unclear, but these will affect transport, energy and financial sectors in Russia.

“The raid and sanctions affect the coverage of various insurance policies, such as credit insurance and transport insurance,” the ESC said. “The impact on international trade will vary by sector and depends on how the conflict develops.”

Analysts at Linerlytica, however, were more positive about the impact of sanctions on Russia.