Risk premiums are being taken by some operators prepared to take the opportunity, but a growing number of operators are freezing links with Russia amid market uncertainty and physical risk for shipping in the Black Sea 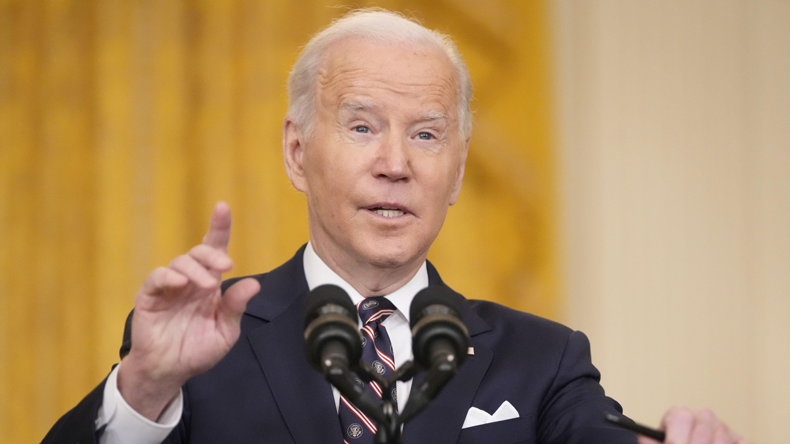 CHARTERERS and owners have swiftly stepped away from Russian business across all sectors of the shipping industry while insurers are seeking legal clarity before confirming cover of Russian vessels in the wake of Moscow’s invasion of Ukraine.

Amid soaring oil prices and additional war risk premiums hitting $300,000 for some tankers wanting to take Russian business in the Black Sea, dealing with Russian entities has been frozen for many shipping companies despite international sanctions so far avoiding restrictions on seaborne trade.

Trade in Russian crude from Black Sea ports has effectively ceased and some banks have been refusing to issue letters of credit to cover Russian crude regardless of destination.

“Even if you’re allowed to do the business, people are worried about the prospect of it getting sanctioned down the line and they don’t want to touch it. There’s a lot of things on pause right now while everyone waits to see what happens next,” said one tanker owner speaking on condition of anonymity.

“It’s a very dynamic situation,” added one senior insurance executive. “I think even if you are in a position where you can legally provide insurance or banking services to them, right now there's this huge reluctance to engage with Russian businesses full stop.”

Tanker rates spiked globally on February 25 in the wake of US sanctions targeting Sovcomflot, sparking uncertainty over the immediate availability of the Russian tanker giant’s 140 vessels.

While the US executive order only restricted Sovcomflot’s access to long-term debt and preventing US entities from buying new shares, the move was sufficient to spur several charterers to rapidly seek vessels elsewhere until lawyers and insurer were able to offer sufficient clarity over trading risks.

Sovcomflot chief financial officer Nikolay Kolesnikov told Lloyd’s List it was too soon to comment on the sanctions or the implications for its orderbook.

P&I Clubs currently covering Sovcomflot and other Russian operators with exposure to sanctioned finance have been seeking legal clarification over the matter.

While club officials remain confident that the current wording of the sanctions in place do not prohibit clubs from continuing to provide cover and an official notice to that effect is likely to emerge over the coming days, there is a growing concern that claims may still prove problematic if the situation changes.

The west absolutely should show solidarity with Ukraine. But such is our dependence on seaborne Russian energy and commodities that there are limitations to even symbolic support

P&I clubs are not yet clear whether banks would be able to process claims, even if the cover was deemed valid.

When Iranian vessels returned to the market following the lifting of sanctions in 2015, payment transactions were being refused by banks, thereby slowing down the return of vessels to the market.

“Everybody is pulling back from anything to do with Russia at the moment and there is huge uncertainty in the market,” said one P&I Club insider.

Rates are entirely dependent on vessel destination and the value of ship and cargo, but as a ball park figure, brokers are quoting a 3% premium for Ukraine ports, 2.5% for Russian ports and if available at all, a 5% premium on the Sea of Asov, access to which is currently being controlled by Russian naval forces.

Given the fluid nature of the risk some underwriters are demanding war premium paid up front rather than offering credit in a bid to ensure that all checks are completed prior to going on risk.

While much of the market has effectively left Russian oil and fuel supplies off-limits, several Greek tanker operators are understood to have moved swiftly to agree to inflated rates.

While many owners operating in the Black Sea struggled to find cover for inflated war risk premiums, Braemar reported Friday that fixtures continue to be worked out of Black Sea and other Russian load regions.

Freight rates to move crude and refined product cargoes out of the Baltic and Black Sea have rocketed since the invasion, with knock on affects for all vessel classes, and all regions. The front end of forward curves on FFAs has moved up significantly as players exit their short positions.

"Mediterranean / Black Sea Aframax rates made some of the most significant gains in the week, but even VLCCs have seen improvement as charterers adjust loading programs in response to the upheaval," said Braemar.

With global oil stocks at, or near, operational minimum, any reduction in one trading block’s imports of Russian naphtha, distillates, fuel oil or crude out of the Baltic or Black Sea will have to be replaced from elsewhere. The US is discussing a further SPR release, but its impact is likely to be limited.

Global diesel supply was extremely tight even before the invasion. With Russia’s 4-6m tonnes/month of diesel export to Europe in the balance, diesel prices and refining margins have leapt.

As Braemar points out in it's latest research note, Europe will struggle to increase diesel yields in the event of shortages in Russia’s crude, VGO and fuel oil supply. Significantly higher costs of natural gas used in its production will not make life any easier for refiners. Russian fuel oil will be particularly hard for European refineries to replace from the global market.

None of the retaliatory measures against Moscow have so far been targeted at exports of crude oil, coal or gas, with US officials briefing industry officials that this situation will not change.

But when US sanctions against Russian banks and businesses announced on February 24 moved to block US entities from dealing in Sovcomflot’s long-term debt and prevented them from buying new shares, several companies concluded that the risk of doing business with Russia was too much, even without explicit sanctions.

Following a string of ships sustaining damage amid missile strikes, traffic in the immediate vicinity of Ukrainian waters has slowed to handful of vessels.

According to Lloyd’s List Intelligence vessel-tracking data 13 internationally flagged vessels remained berthed in Odessa port on Friday, while most of the vessels that had anchored offshore had diverted.

Despite Ukraine’s request to close access to the Black Sea for Russian vessels, the Bosporus and other parts of the Turkish straits remained open to traffic.

Shipping traffic in and out of the Sea of Asov was still being severely restricted by Russian naval forces of Friday, when Lloyd’s List Intelligence data showed 211 vessels waiting to transit the Kerch Strait, which connects the Black Sea and the Sea of Azov.

Circulars issued by most major flag states, including advisories from Panama and Marshall Islands seen by Lloyd’s List “strongly encourages all vessels to avoid transit on Ukrainian and Russian waters in the Black Sea and Sea of Azov”.

Flag states have also advised vessels in the Black Sea to increase security measures and conduct voyage-specific risk assessments and “exercise extreme caution when operating in these areas”.