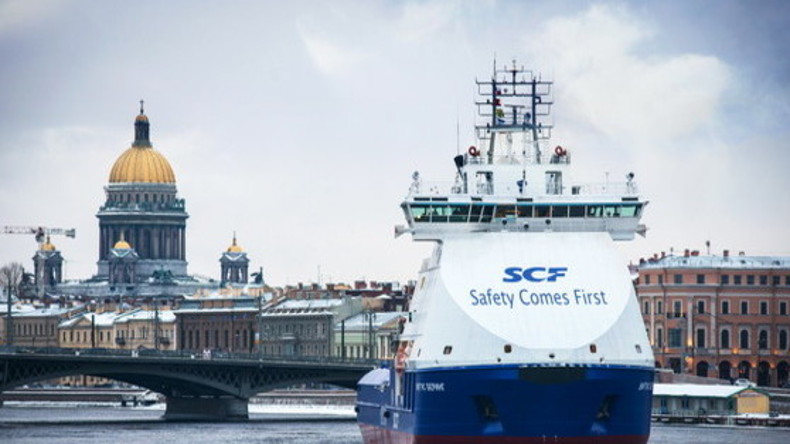 THE US has imposed financial restrictions on Sovcomflot, Russia’s largest shipping company, as part of the broader sanction moves to hold Moscow accountable for the invasion of Ukraine.

The Office of Foreign Assets Control said it has moved to prohibit US entities from dealing with the shipping firm’s new debts of longer than 14 days maturity and from buying its shares. The company has been approached for comments.

Sovcomflot, also known as the SCF Group, has a live fleet of 133 vessels, including 108 tankers and 14 gas carriers that are self-owned.

It also has more than 30 ships still under constructions, the majority of which are liquefied natural gas carriers serving the LNG projects in the Arctic.

The entire orderbook, consisting of both fully-owned and joint venture vessels, requires nearly $2bn investment from the company and $3bn commitments under leasing contracts between 2022 and 2025, according its latest investors presentation published in November.

It is uncertain how the US punishment will affect its ability to fund these newbuildings — which are linked to oil and gas producers, including Novatek, Shell and Total Energies — and other related operations.

Any delays in funding could cause a ripple effect on shipyards, primarily South Korean ones, which are building the fresh tonnage and will likely suffer losses should the deliveries get pushed back significantly.

Out of the 32 ships on order, 15 of the 18 arc-7 icebreaking LNG carriers are being constructed at domestic yard Zvezda under a partnership with South Korea’s Samsung Heavy Industries. Its domestic rival Daewoo Shipbuilding & Marine Engineering is building the other three.

“In a move to limit Russia’s ability to finance its invasion against Ukraine or other priorities of President [Vladimir] Putin, Ofac expanded Russia-related debt and equity restrictions to additional key aspects of Russia’s economy,” said the Ofac.

The move comes as Washington is also hitting out Russia’s top financial institutions, including sanctions on Russia’s two largest banks — Sberbank and VTB Bank — and their subsidiaries around the world.

The aim is to cut off their transactions with the US financial system, said Ofac.

VTB, which provides financing to Sovcomflot joint venture Smart LNG for Arctic LNG carrier newbuildings and already had its assets frozen by the US on February 22, now faces Ofac’s full blocking sanctions.

Washington has already sanctioned military bank PSB and five ships financed by it.

Fesco, the Russian owner of two of the vessels, FESCO Magadan (IMO: 9287699) and FESCO Moneron (IMO: 9277412), said in a statement that it is withdrawing from the vessel financing arrangement with PSB Leasing and the US sanctions “have nothing to do with activities” of the company.

The expansion of US sanctions is in response to Kremlin escalating the military actions on its neighboring country after reports that Ukraine's military infrastructure came under air strikes and Russian troops were crossing the border from different directions.

“Putin is the aggressor. Putin chose this war and how he and his country will bear the consequences,” President Joe Biden said. “[The sanctions] will so weaken his country that he will have to make a very very difficult choice as though moving toward being a second rate power or respond.”

The UK says it is excluding Russian banks from its financial systems and has targeted the oligarchs in a new sanctions package, while the European Union leaders have agreed to freeze Russian assets in the bloc and suspended its banks’ access to European financial markets.

The EU sanctions will also hit Russia’s energy and transport sectors among others, and seek to choke its trade and manufacturing sectors with export controls.