No commercial vessels have moved through the Kerch Strait since midnight on Tuesday, with vessels beginning to queue at the southern entrance to the strait 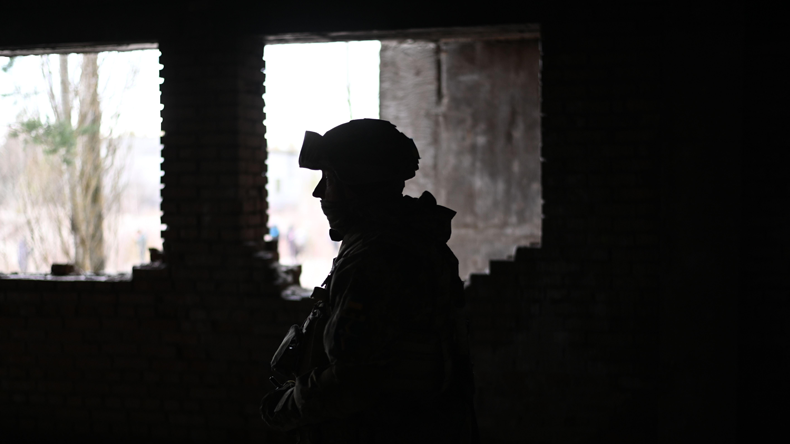 Source: Sipa US / Alamy Stock Photo Russian forces entered Ukraine from the north, south and east with reports of missile strikes and explosions.

SHIPPING traffic in and out of the Sea of Asov appears to have been blockaded as Russian forces entered Ukraine from the north, south and east with reports of missile strikes and explosions in the key ports of Odessa and Mariupol.

Lloyd’s List Intelligence vessel tracking data shows that no commercial vessels have moved through the Kerch Strait overnight, with vessels beginning to queue at the southern entrance to the strait.

The Kerch Strait connects the Black Sea and the Sea of Azov and is used both ways, to supply soft commodities and ship steel/pig iron and other raw materials from the port of Mariupol.

Russian naval exercises in the region had seen three large landing ships, five warships, and several vessels of other classes, including one missile boat, move to the Sea of Azov in recent days, Ukraine’s Minister of Defence Oleksii Reznikov stated during a press briefing on February 21.

Vessels stopped moving through the Kerch Strait shortly before Russia announced an operation to “demilitarise” Ukraine.

A total of 213 vessels are held up, equating to about 5m dwt. Russia-flagged ships make up 54% of the vessels waiting in the entire Kerch Strait area. There are 16 Panama-flagged, 12 Malta-flagged and 10 attached to Liberia and the Marshall Islands, according to Lloyd’s List Intelligence data.

No official announcements have been made by Moscow; however, the Kerch Strait has been closed on multiple occasions in recent weeks by the Russians because of naval exercises.

Russia’s Aeronautical Information Centre had already issued a NOTAM (a Notice to Airmen) closing most of the airspace over the Sea of Azov.

Ukrainian ports have already been designated war risk areas by the Joint War Committee of the Lloyd’s and London companies markets since last week, largely as a precautionary measure at that point. However, the start of military operations will likely require an imminent update in risk assessments for maritime operations.

Several shipping companies operating in the Black Sea have told Lloyd’s List that they are monitoring the situation.

Flag state officials are also considering advisories to vessels operating in the region, but no official statements have yet been issued.

Russia’s Azov and Rostov ports serve as both transhipment ports to load deepwater vessels at the Russian port of Kavkaz and as loading points to make small parcel shipments of wheat, barley and corn to destinations in the east Mediterranean.

The ports of Odessa, Pivdennyi and Chornomorsk are all within easy reach of Crimea, which is under Russian occupation.

Has Putin torn up your contracts?