Boxship P&I renewals: Big names paying big time for sins of the past

The Ever Given grounding, fires, stack collapses. Underwriters are starting to see containerships as a riskier proposition, and that’s why prices have sometimes trebled this renewal round

It is almost unimaginable that a P&I club would willing kiss goodbye to one of the largest marine insurance accounts on the planet. But — incredibly — that’s what West of England has done with MSC, not least because of the latter’s loss record 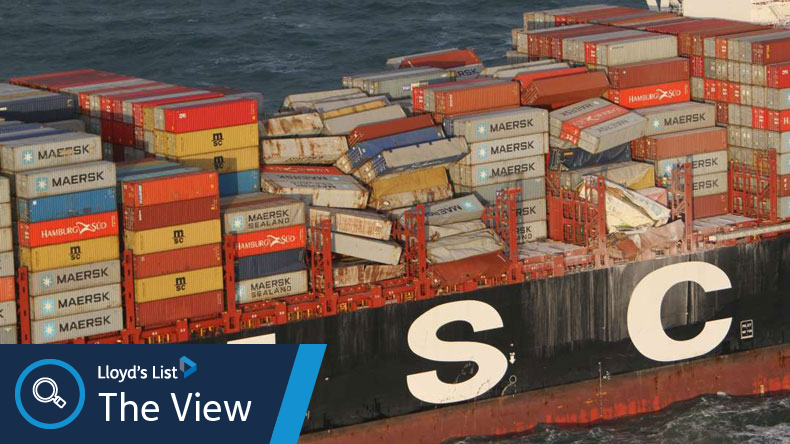 NEWLY emergent as the world’s biggest boxship operator and a top-five player in the cruiseship market to boot, Mediterranean Shipping Company is quite simply among the largest P&I accounts on the planet.

It seems almost unbelievable that any club would take the conscious decision to slim its book by 5.8m gt of entered tonnage after a relationship stretching back at least 20 years, not least because MSC’s business comes with millions of dollars in premium revenue attached.

Yet that is just what the West of England has done. The big news of this renewal round — which for practical purposes closes today — is that its underwriters have told Gianluigi Aponte to look elsewhere for cover.

If not exactly sweet sorrow, this parting appears at least to be amicable, with the disagreement being over both pricing and loss record. Beneficiaries are likely to be other clubs with which MSC already works, including Standard, Steamship, UK and North.

Let’s deal with point on pricing first. All boxship companies are having to shell out much, much more this year. In some instances, asking prices are as much as 40-50% up on 2021.

The going rate for general increases this year is 12.5% anyway. But that figure has often been doubled or even tripled on account of the levy for the International Group’s general excess of loss reinsurance scheme, which is mandatory and set at the same level across the board.

Why so high for the re? Well, reinsurance in all classes is in a hardening cycle right now. But more pertinently, the six-day closure of the Suez Canal after the grounding of Ever Given last March has given the underwriters concerned, who after are not all marine specialists, the jitters.

Then there are the wider concerns about boxship safety, following the spate of fires and stack collapses. In a nutshell, pricing is up because risk perception is up, and that costs everybody money, even those with squeaky clean records.

Then there are its cruise operations. We are not privy to any breakdown of its claims record, but it seems fair to assume MSC will also have suffered in the pandemic, just as every other cruise concern has.

Even on the most cursory back-of-an-envelope calculation, its annual P&I bill will not be far shy of nine figures if it is shy at all.

That size confers clout on an owner is a given in the P&I world, and as pointed out above, MSC is an industry giant. It has every entitlement to use that weight to secure the keenest premiums, and no doubt does so.

Yet somehow it was unable to strike terms with West, which entered this renewal round with the biggest “big ask” of any of its International Group peers, seeking 15% on the top line. It has also made it known it is actively pursuing a strategy of derisking.

At the end of the day, MSC was just too big a risk. Market sources suggest that MSC has been responsible for at least three pool claims for West in the past four years alone, and may have cost the marine mutual more than $100m over the past ten.

It is, as we have emphasised, the world’s largest carrier. To some extent, its claims record will naturally be a function of that market position.

But the club’s intransigence can be read as a warning to smaller liner companies, which in this context is everybody except Maersk.

Marine mutuals are not-for-profit entities and can subsidise bad years by dipping into free reserves. But even they must break even over the longer term, and West clearly felt it could not do so at a price that MSC wanted to pay.

A chief executive at another club said that he absolutely understood the stance of his opposite number Tom Bowsher at West.

“I’m not a fan of vanity accounts myself,” as he succinctly put it. That’s a counterintuitive way to talk about an account as large as MSC. But such seems to be the mood of the P&I sector now.

At a time when container company profits are running into the billions, insurance fees are still in the realm of small change. But the good times won’t roll for ever. Further on up the road, they could even start to hurt.

Pandemic speeding up renewal round quotes at Shipowners’ Club