Bunker fuel is becoming increasingly costly with crude prices edging towards $100 per barrel. Marine fuel will likely continue on these highs even when, and if, oil eases 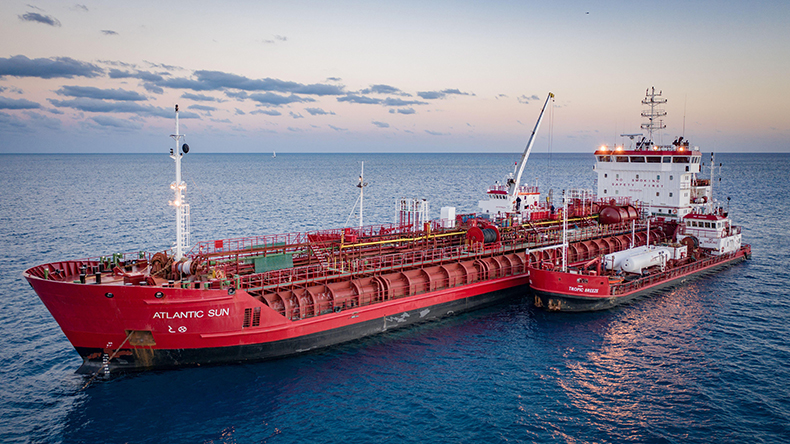 Source: Forest / Alamy Stock Photo The spread between the price of VLSFO and HSFO widened to over $200 per tonne in February.

BUNKER fuel prices are at their highest levels since the start of 2020 thanks to a rally in oil prices.

Front month ICE Brent and NYMEX WTI are at $94.10 per barrel and $92.83 per barrel, respectively, meaning crude prices are at a level not seen since 2014.

VLSFO accounted for nearly 80% of total bunker sales in Singapore last year, according to Argus Marine Fuels. High-sulphur fuel oil made up 21.6% of sales and marine gasoil 9.5%.

The price for a tonne of VLSFO was $687 for the combined Amsterdam, Rotterdam and Antwerp ports, while a tonne in Houston went for $683 and $726 across Gibraltar, Algeciras and Ceuta.

The price differs across ports, but typically this does not impact the movement of vessels, says Argus head of marine fuels Stefka Wechsler.

The Singapore VLSFO-HSFO premium widened to more than $200 per tonne in February, according to data from Argus Marine Fuels. To compare, the average figure was $125 per tonne for the full month last year.

The divergent trends in VLSFO and HSFO has benefited scrubber vessels, in particular, very large crude carriers, which have been earning almost double their non-scrubber fitted counterparts, says Integr8 Fuels.

“One thing shipowners could consider now is investing in installing marine exhaust scrubbers on their vessels,” says Ms Wechsler. This will allow shipowners to burn cheaper HSFO over VLSFO.

LNG carriers are helping boost demand for VLSFO and MGO as they change their fuel mix and increasingly opt for conventional fuels rather than expensive natural gas.

The figure below shows the increase in the volume of conventional bunker fuels purchased by LNG carriers, as measured my an Integr8 index, and how this coincides with gains in LNG prices.

LNG has lost its price competitiveness to MGO and to a greater extent VLSFO, says Anton Shamray, senior analyst at Integr8 Fuels.

It has resulted in LNG vessel operators limiting the use of boil-off, which now has more value as cargo, and increasing purchases of VLSFO and low-sulphur MGO, explains Mr Shamray.

BRS’s most recent weekly report takes a bearish view on crude but says that marine fuel prices could continue to be high even if crude prices weaken. This is because VLSFO and MGO are, and will likely be, supported by a tight global gasoil market.

Shippers warned to brace for bafs