The Saverys family have spent $133m buying back a 6.3% stake in Euronav, having divested previous shareholdings in 2020

Hot on the heels of John Fredriksen’s share raid on rival Euronav, the Saverys family have been buying back into the tanker giant they helped set up 27 years ago 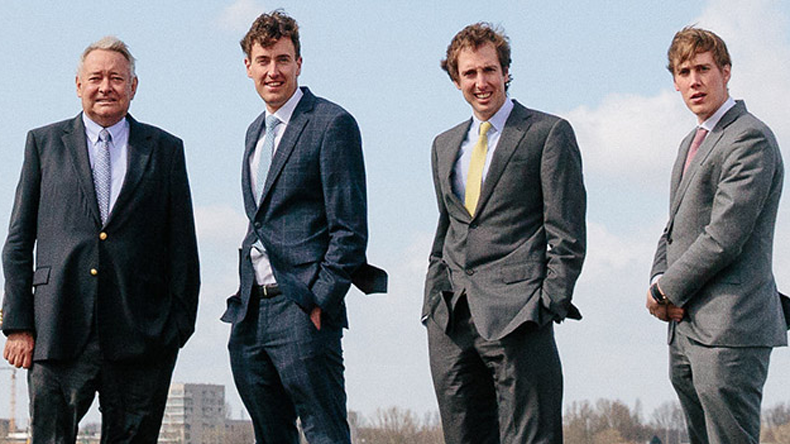 TWO years after the Saverys family divested its shareholding in Euronav, the tanker giant they helped establish, they have reacquired a 6.31% stake in the company via a series of low-profile share purchases dating back several months.

The Antwerp-based shipping family behind CMB has built up a stake of 13.9m shares since mid-September 2021, paying approximately $133m through CMB and investment holding company Saverco.

The purchases were largely financed directly from CMB’s working capital, but CMB also received a loan of about $40m from two banks, Belfius and KBC, according to US stock exchange filings.

FrontNav — a tanker giant 20 years in the making?

By purchasing shares ahead of any potential merger, Mr Fredriksen’s strategy looks like a familiar play of creating volatility around the share price. It remains to be seen whether he will follow through on his previous tactic of pulling out at a profit and then wait to see what happens between now and the next Euronav AGM, or push ahead with another round of M&A discussions

Having relinquished all management involvement in Euronav several years ago and divested family shareholdings since early 2020, the re-entry of the Saverys family as significant shareholders in New York-listed Euronav marks a surprising U-turn.

According to the US stock exchange filing triggered on Monday by the shareholdings crossing the statutory 5% control threshold, the transactions simply represented “an attractive investment opportunity”.

However, the timing of the Saverys family re-entering Euronav and Mr Fredriksen’s sustained position as a major shareholder will inevitably spark speculation regarding the strategic rationale behind both deals.

Euronav chief executive Hugo de Stoop dismissed the prospect in subsequent investor calls, stating that there was no merger or takeover proposal on the table, and no discussions with Mr Fredriksen who was “best friends” with the company.

Shortly after that deal was revealed, the Saverys family began re-entering Euronav with their own share purchases.

The US stock exchange filing confirms that the Saverys family have engaged in discussions with Euronav and other stockholders “relating to potential transactions, but all such discussions were terminated”.

The filing also makes clear that the Saverys family will reserves the right to claim a directorship at Euronav and to enter into discussions with the company or other shareholders about certain ‘business transactions’, such as a merger or reorganisation.

Euronav is remaining quiet on the subject. A spokesman for the company told Lloyd’s List: “The Saverys family is a long time holder whose percent ownership frequently moves up and down over time. As a matter of company policy, we do not comment on rumours or hypothetical situations nor do we share specifics of our interactions with investors.”

Euronav was founded in 1995 by the French shipowner Compagnie Nationale de Navigation (CNN) and the Saverys family-controlled CMB, with Euronav becoming CMB’s tanker division in 1997. Euronav split from CMB in 2004, becoming an independent company with its own listing on Euronext Brussels, but Ludovic Saverys retained various board-level positions in the company until as recently as May 2021. In a series of transactions from January 2016 through March 2020 the Saverys family shareholdings in Euronav were reduced from 10.7% to below 5%.