Crew abandonment is no longer solely a problem for uninsured operators and laggard states failing to sign up to international conventions. The majority of cases now involve Maritime Labour Convention signatories and insured operators

The past year’s record number of crew abandonment cases is set to be surpassed this year as the number of incidents continues to rise. The International Labour Organisation has already recorded 20 cases of seafarers being abandoned without pay this year and there are no indications that the ‘systematic and global failure’ of some states to stem the problem is going to improve 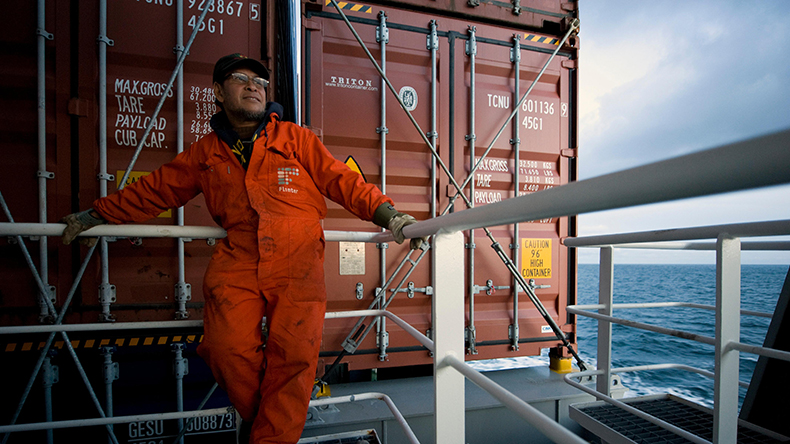 CASES of crew abandonment are increasing rapidly and just six weeks into the year, industry officials are already warning that 2022 is on track to exceed the past year’s record high of 95 cases globally.

So far this year, 20 new cases of crews being abandoned by operators without pay have been recorded by the International Labour Organisation. However, under-reporting is still known to be an issue and the true figure is likely to be much higher.

In 2021, a total of 95 cases of abandonment were recorded in the ILO’s abandonment of seafarers database involving 1,399 seafarers on 94 different vessels — the statistical anomaly there relating to the unfortunate crew on the vessel Gas Amazon (IMO: 9038763) who were abandoned twice.

Cases of abandonment have increased sharply since the pandemic began. While 2021 saw a 10% increase in cases on the previous year, compared with 2019 it represents a 138% spike in cases.

Natalie Shaw, director employment affairs at the International Chamber of Shipping, says the trajectory of increasing cases this year suggests that the issue is getting worse and 2022 is expected be the worst year on record.

“Some of the companies involved have gone under as a result of coronavirus, but abandonment cases generally involve the low end of the market and these are too often the companies which perhaps should not be trading in the first place,” she said.

“These are companies operating without insurance on registers that have not yet ratified the Maritime Labour Convention, which makes it more difficult to resolve these problems.”

The issue is due to be discussed by IMO member states at next month’s legal committee. Member states will consider a new set of guidelines for dealing with abandonment cases.

Those guidelines were born out of complaints from some IMO delegates in the previous committee which argued the rapid rise in cases could only partially be attributed to the pandemic. The same delegates noted the “systematic and global failure” by some member states to comply with their obligations to facilitate repatriation of seafarers.

Industry bodies and unions seeking to resolve cases have long struggled to deal with uninsured operators and states that have not ratified the Maritime Labour Convention, which sets out responsibilities for owners, flag and port states.

However, analysis of the past year’s cases show that the majority of problems now relate to countries which have signed the convention and 57% of the cases related to incidents where valid insurance was found to be in place, according to the International Transport Workers’ Federation.

A breakdown of cases recorded by the ILO in the past year reveals that 76% involved vessels flying flags of states that have ratified MLC 2006 and accepted the 2014 amendments.

Panama stands out as the flag with the highest number of abandonments, racking up a total of 29 cases in the past year alone. However, more than 30 other states also recorded incidents in the past year, highlighting just how pervasive an issue this has now become.

In terms of location, the United Arab Emirates is the most common place to abandon a vessel, with 19 cases recorded in the past year, but again, cases were recorded in 40 states, demonstrating the industry-wide scope of the problems.

While cases were spread across all ship types, general cargo vessels were the most commonly involved in abandonment disputes in the past year.

In the past year, the ICS has raised concerns about several instances of flag and port states not supporting the repatriation of abandoned seafarers due to safe manning requirements on board vessels.

According to a paper submitted by the ICS to the IMO, these cases had resulted in seafarers being kept on board unsafe and poorly equipped vessels for long periods in dangerous circumstances.

In some cases, it has also resulted in demands for replacement seafarers to be sent to vessels known to have been abandoned and replacement seafarers being deployed to work on vessels without knowing that there are no funds available for payment of wages, the provision of food and other daily living requirements.

Shipping needs a new code of conduct on seafarer rights