The country’s three largest shipbuilding groups recorded more than $3bn operating losses in total in 2021, affected by the order drought in the previous year and high steel costs 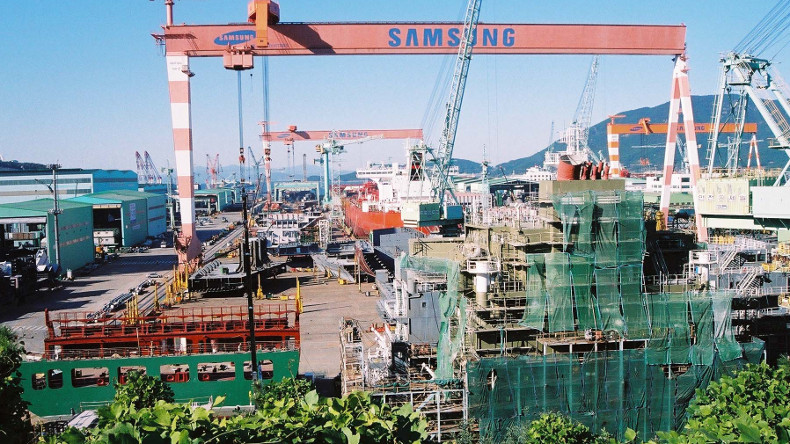 SHI widened its operating losses to Won1.3trn from Won1.1trn in the same period a year ago.

KSOE, the largest of the trio and part of Hyundai Heavy Industry Holdings, contributed Won1.4trn. In comparison, it posted an operating profit of Won74.4bn for 2021.

SHI widened its operating losses to Won1.3trn from 1.1trn in the year-ago period.

The company told an investor presentation that it was not likely to return to the black until 2023 owing to a shortage of new orders in 2020.

It normally takes two years for a shipyard to deliver a newbuilding vessel, upon which most of the shipbuilding sum will be paid.

“However, from 2023 onward, the effect of new orders received in 2021 and the new measures [to improve the company’s competence] will be in sight, leading to a turnaround,” said SHI.

The Seoul-listed shipbuilder and its two domestic competitors together won $22.8bn worth of new orders last year, far exceeding their expectations, thanks to a rebound in owners’ appetite for fresh tonnage, especially new boxships.

KSOE told investors that demand for large dual-fuel boxships above 12,000 teu is expected to continue picking up.

DSME echoed the view, although it said ordering interest could be dampened by higher prices. It remains bullish about the newbuilding markets for liquefied natural gas carriers, partly because of the acceleration of LNG projects as oil prices trend higher and the growing need of countries to bridge the gap in the energy transition to using zero-carbon fuels.