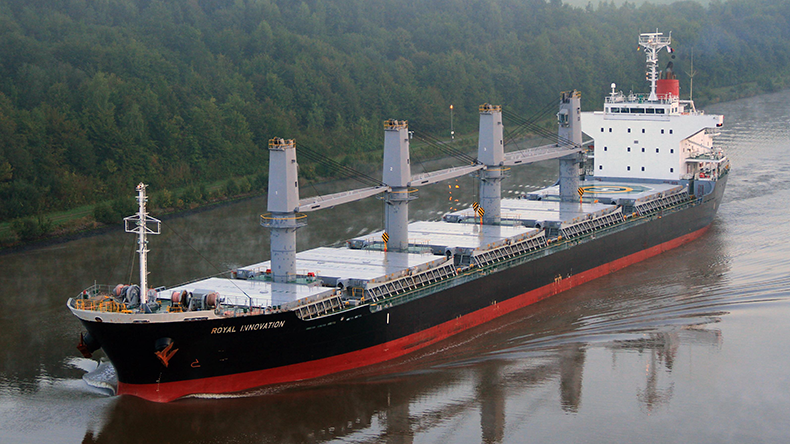 Earlier this month, shipbrokers marketed the 37,000 dwt Interlink-operated bulk carriers, built between 2015 and 2016 by Chinese shipbuilders Huatai Heavy Industry and Taizhou Kouan Shipbuilding. Ordered in 2013, their newbuilding contract price was $24m per vessel.

The buyer remains unknown. Hamburg-based shipowner Oskar Wehr said that market reports that the company was behind the vessels’ purchases were inaccurate.

“We have definitely not bought them, we didn’t even inspect them,” Thomas Wehr, managing director of Oskar Wehr Reederei, told Lloyd’s List.

It is understood that all 12 vessels will be chartered back to Interlink. However, terms of the charter are currently not known.

Earnings for the handysize sector have slumped 26% since the beginning of this year.

However, the segment is performing relatively positively in comparison with the capesize sector, down by some 70% in term of spot earnings.

Handysize spot rates are currently around $21,000 per day compared with less than $7,000 for capesize units, according to data from the Baltic Exchange.

The sale sees Carlyle potentially exit its deal with Interlink, after their $112.5m joint venture to own, operate and profit from bulk carriers. Bermuda-based Interlink has been approached for comment.

Oslo-based Ocean Yield, which purchased some handysize vessels from Carlyle-based Interlink previously, also told Lloyd’s List that it had not bought the vessels.

Braemar ACM reported this Imabari-built vessel as sold to undisclosed Greek interests on a bare-boat hire purchase structure with $7.5m payable up front with a consequently low charter rate of $9,800 per day for five years.