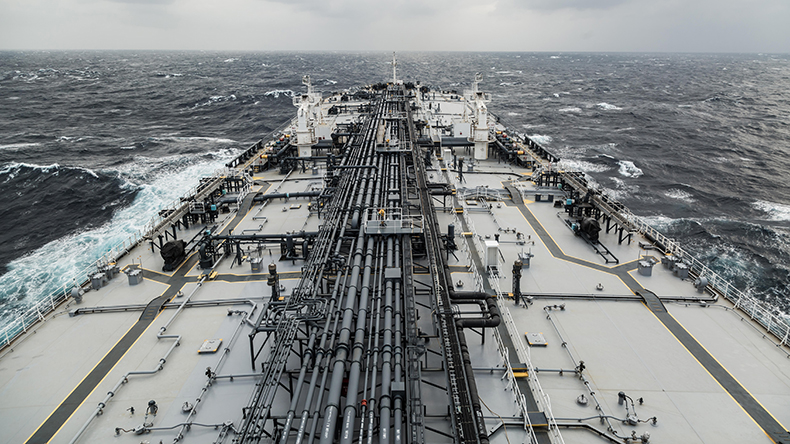 FEARS that the Russia-Ukraine conflict will escalate could benefit gas shipping, analysts say, but by how much is hard to predict.

Oil and gas supplies from Russia to Europe — which declined from the second half of last year — could be restricted if Russia chooses to stop gas flows to Ukraine, or if the European Union and US impose further sanctions on Russia.

Tim Smith, director of MSI Strategies International, said a spike in crude prices was likely and could boost tanker rates.

“Broadly speaking that hasn’t been good for the tanker sector because it’s reflected the wider shortage in oil,” he told Lloyd’s List. “But in the context of this situation I think it potentially would be positive as people look to secure oil supplies in a tighter market.”

But Andrew Buckland, senior gas shipping market analyst at MSI, said strong demand for LNG in Europe would not necessarily mean better charter rates, because supply from the US or West Africa does not need to be carried as far as Asia.

Carriers that use boil-off gas as fuel would also be more expensive to run given the high gas price, he said.

Mr Buckland said for Russia to switch off its pipeline to Ukraine would not affect Europe by a huge amount, because “they’ve already dialled down the volumes that go through that pretty significantly” compared with recent years.

He said it was impossible for shipped LNG to replace Russian pipeline supply to Europe, but it could probably replace the amount supplied to Ukraine. The main question was how much supply to Europe would be cut as a result of Russian policy or Western sanctions?

Support for tough sanctions is lower in countries — like Germany — that rely heavily on Russian gas, and Mr Buckland said Europe was unlikely to cut off supplies during a supply crunch in winter.

But that raised the problem of how to get it to where it was needed, since the Russia-Ukraine pipeline served central and southern Europe while many regasification terminals were in northern Europe.

Russia would look to China to sell its oil, creating long-haul trips for suezmaxes and aframaxes from the Baltic and Black seas, since Russia’s loading infrastructure does not support VLCCs.

The Poten report said European sanctions on Russian crude were unlikely, but if enacted would hurt both Russia and Europe.

“Sanctions will disrupt trade flows and create significant dislocations and inefficiencies, which typically benefit the tanker market,” Poten said. “If oil prices remain high for an extended period, that could dampen economic activity and oil demand.”

Stolt-Nielsen chief to step down after 22 years