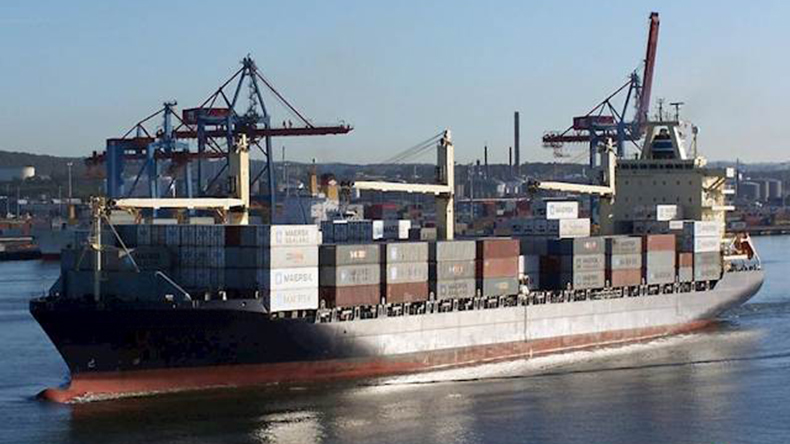 AGEING containerships — some over 20 years old — are still fetching premium charter rates and high sale prices in the first weeks of 2022, as record-breaking profits and booming conditions continue.

Transfar is a new ocean carrier in which China’s Aliababa has a share and launched in late 2021.

The vessel is one of many now trading beyond their normal lifespan as the demand for the global fleet of 6,500 containerships continues to outpace demand, pushing charter rates to fresh records.

“There is growing confidence that this market will continue its bull run throughout the year,” shipbroker Clarkson Platou said in its latest weekly report on the boxship sector.

Non-operating shipowners are seeking to lock in profits for as long as possible with a preference for charter deals with carriers of at least three years’ duration. This means shorter contracts are fetching even higher rates despite vessel age.

Although fewer secondhand vessels are up for sale this year, those that are changing hands are also securing sky-high deals four or five times their value two years ago on the back of the charter income that can be generated.

Carparthia, owned by the Hamburg-based MPC Group, will generate some $45m in income over that period, more than double the vessel’s scrap value

These economics have made it cheaper to buy a boxship than charter one for the past six months.

Maersk is no longer the world’s largest box line by operating capacity. MSC has taken top spot and has an orderbook that looks set to keep it there

“The market will continue this positive trend for some time to come,” said the Hamburg and Bremen Shipbrokers’ Association in their most recent weekly report that assesses containership chartering rates.

MSC, which surpassed Maersk to become the world’s largest container line earlier this month, has continued its buying spree in 2022.

The line has engaged in a protracted and extensive buying spree over the last 12 months, spending billions to secure scarce tonnage as rising freight volumes to the US, port congestion, pandemic-related manufacturing delays and supply chain logjams extend sailing times and worsen boxship availability.