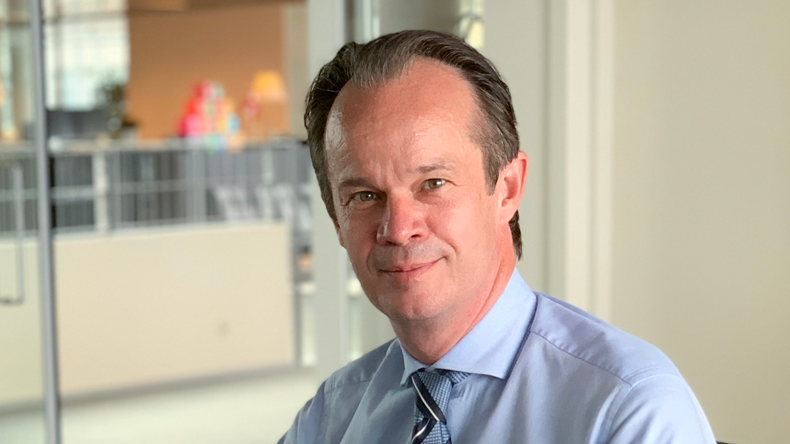 Meldgaard: We need to be role models.

DANISH shipowner Torm has moved forward its decarbonisation target by five years, pledging to meet international goals to cut emissions by 40% by 2025.

“What you measure is what you get,” chief executive Jacob Melgaard told Lloyd’s List, saying that shipowners could and should set and meet tougher goals.

The Torm goal was “ambitious but doable” he said. “We could maintain a 2030 target, but we would lose momentum.”

The Copenhagen-headquartered owner of 80 product tankers wanted to encourage others as well as regulators such as the International Maritime Organization to accelerate the transition to zero-carbon shipping, he said.

“We need to be role models,” Mr Melgaard said.

“It is not about trying to pressure everyone, although I hope that others will do the same as us.

“We all understand that this (the climate change emergency) is serious, and we need to act, and by 2050 it is all going to be different. Everybody gets it, who isn’t on board with that?

“But now it is all about ‘what are you doing today?’ to make sure we eventually get there. This is our contribution to that dialogue. Let’s be ambitious. Let’s harvest technologies and new thinking because it’s going to be needed. We can actually do more.”

Torm said it will invest a further $20m in new technologies for its already-established integrated digital platform, rather than immediately opt for retrofitting.

“It will be one of the key components in making sure our behaviour on board is optimal and we are using all the options that you have now in lowering your emissions.

“Imagine a world where you retrofit speculatively after the journey, and then find out we could have actually saved (emissions) another way; we could have used a different speed and that there were many other things you could have done that we did not do because we did not do the analysis.”

Torm would not just rely on slower speeds to cut its carbon footprint, Mr Melgaard said. He noted the company would still achieve the 2025 goal despite an average fleet age of 10 years, helping dispel the view that emissions from older vessels were harder to abate.

“We’re not lowering our service speed compared with what was the average in 2020 and 2021,” he said.

“We are applying the average speed that we have utilised on our fleet over the past three years as the benchmark for the coming years.

“We cannot really rely on predicting the service speed.”

Torm has already reduced its carbon impact by 22%, the company said in its most recent ESG report. It now has three years to hit 40%, a goal that regulators want the industry to achieve by the next eight.

The IMO mandates that the global fleet of vessels lower their carbon intensity by 40% by 2030 compared with 2008 levels.

The Torm measure was announced five days after another Danish shipowner, AP Moller-Maersk, pledged to bring forward some of its greenhouse gas emissions and climate change targets to 2030, and reach zero-carbon by 2040, instead of 2050 as planned.

Both owners are now in the unique situation of phasing in tougher standards ahead of their regulator. These moves indicate rising frustration among some in global shipping about the slow pace of reform from the 175-member countries at the United Nations maritime body.

“We are saying that as an organisation we want to be measured internally, not because of the investor or customer, but because we believe we can actually make a difference,” Mr Melgaard said.

As a board member for the Danish Shipping Association, Torm and other owners could set an example for others in the tramp business, he said.

Without the set routes and established costs of other sectors such as containerships and gas carriers, it was harder for tramp operators to invest right now in technology that relied on renewable fuels.

Torm also said this week it had joined the Copenhagen-based Maersk Mc-Kinney Moller Center for Zero Carbon Shipping, which has played a pivotal role in showcasing the decarbonisation path for the industry.

The 40%-by-2025 target will be measured by the annual efficiency ratio, which tracks vessel efficiency by measuring its fuel consumption by distance travelled, cargo carried and design deadweight.