Shipbroker research expects the recent weakness to be a mid-cycle dip. Earnings should stabilise and then improve as demand growth outpaces the low supply-side expansion

While demand growth momentum has likely peaked, it is still strong and any short-term headwinds from China could turn into tailwinds next year, says Arrow Shipbroking. But what will drive the dry bulk market more will be low vessel supply growth 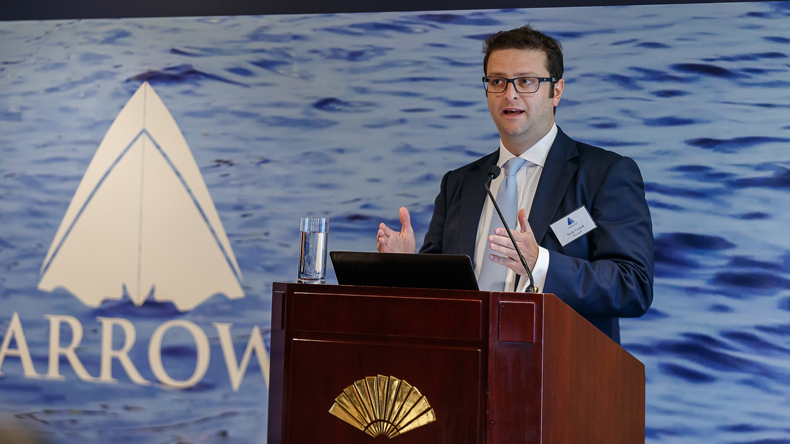 Cetinok: While there is no significant change in China’s dry bulk demand in the short-term, the situation is likely to improve after the winter Olympics in February.

LOW growth supply is likely to be a driver of the dry bulk market next year, according to Arrow Shipbroking.

New deliveries are expected to slow significantly over the next two years, leading to a sharp drop in fleet growth, it said in its outlook presentation, and despite higher contracting this year, the orderbook is at the lowest level since 2005.

Average trade growth of 2.5% per year between 2022 and 2024 would outweigh a fleet expansion of 2.1% over the same period, which should support vessel earnings, it said.

The widest gap in trade to fleet growth in 2022 was in the handysize segment, at a respective 4.9% versus 0.9%, followed by supramax, and panamax. Capesizes had the narrowest ratio, at 2.1% versus 1.9%, the brokerage's research showed.

Minor bulk exports showed the biggest growth in the first 10 months of this year, gaining by 138.8m tonnes, followed by coal, which increased by 80.9m tonnes versus the same period in 2020. Iron ore showed a decline of 1.4m tonnes.

While demand in China for dry bulk commodities grew by 20.4m tonnes in January to October, demand in the rest of the world surged by 208m tonnes, and the short-term headwinds in China should turn into tailwinds next year, Mr Cetinok said.

The Chinese economy slowed from the third quarter of this year due to several factors, including flooding and power shortages which curtailed industrial output and new waves of the coronavirus outbreak which led to lockdowns.

“While there is no significant change in China’s dry bulk demand in the short-term, the situation is likely to improve after the winter Olympics in February, as we expect the Chinese government to step up its efforts in shoring up the economy,” Mr Cetinok said.

Adding stimulus now would only intensify inflationary pressures due to commodity supply shortages, which has led to price rises across the board, he added.

Iron ore stockpiles at ports in China are at their highest since 2017, climbing towards the 160m tonnes level, Arrow research showed, as steel output plummeted following a very strong first half of the year.

Inefficiencies also played a significant role in the strong dry bulk market this year as the average non-sailing days rose due to congestion.

How quickly the congestion unwinds will dictate market direction, he said.

Dry bulk: Can this spectacular year be repeated in 2022?