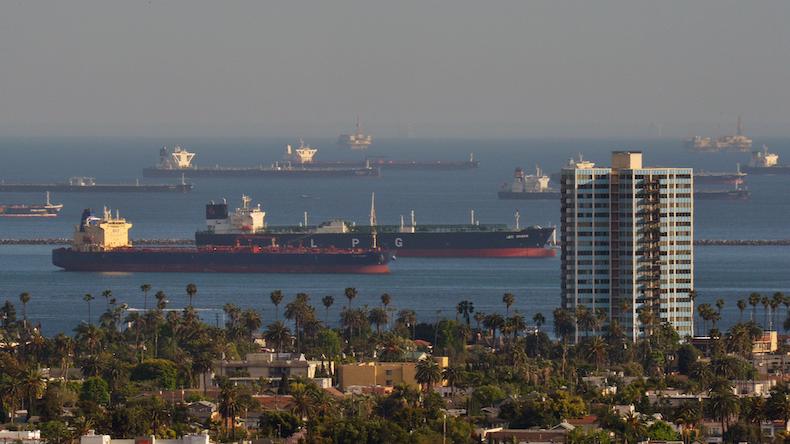 A FRESH wave of coronavirus infections will temporarily slow, but not upend, the oil demand recovery, according to the International Energy Agency.

Its monthly report shows a downgrading of growth forecasts by 100,000 barrels per day for 2021 and 2022 as the new Omicron variant impacts the consumption of jet fuel, but it also said the supply of oil would outpace demand as early as this month.

“Initial pessimism has given way to a more measured response,” the IEA said.

The IEA has revised and lowered its 2022 oil price assumptions by 15% compared with the previous monthly report, which it said should underpin its forecasts.

Widespread vaccination campaigns were expected to mute any economic impact and demand for road transport fuels and petrochemical stocks would “continue to post healthy growth,” it said.

Gain in rates supported by Opec monthly report, which says Omicron variant impact will be mild and short-lived

Tanker tonne miles still lag pre-pandemic levels, despite rising demand and additional supplies coming to the market, according to the IEA.

November tonne miles for crude, product and chemical tankers were estimated at 42bn according to the IEA, citing data from Kpler.

“Tanker traffic continues to move in parallel to the trend in 2020 at around 5% more tonne-miles year-on-year, but remains below 2019 levels,” the report said. “The overhang in tanker capacity persists and continues to pressure the market.”

The tonne mile figures reflected 23-nation Organisation of the Petroleum Exporting Countries-plus alliance production increasing by 450,000 over November. Output from non-Opec-plus producers of Canada, US and Brazil also gained and are expected to rise by a further 1.8m bpd next year to reach their highest-ever levels. 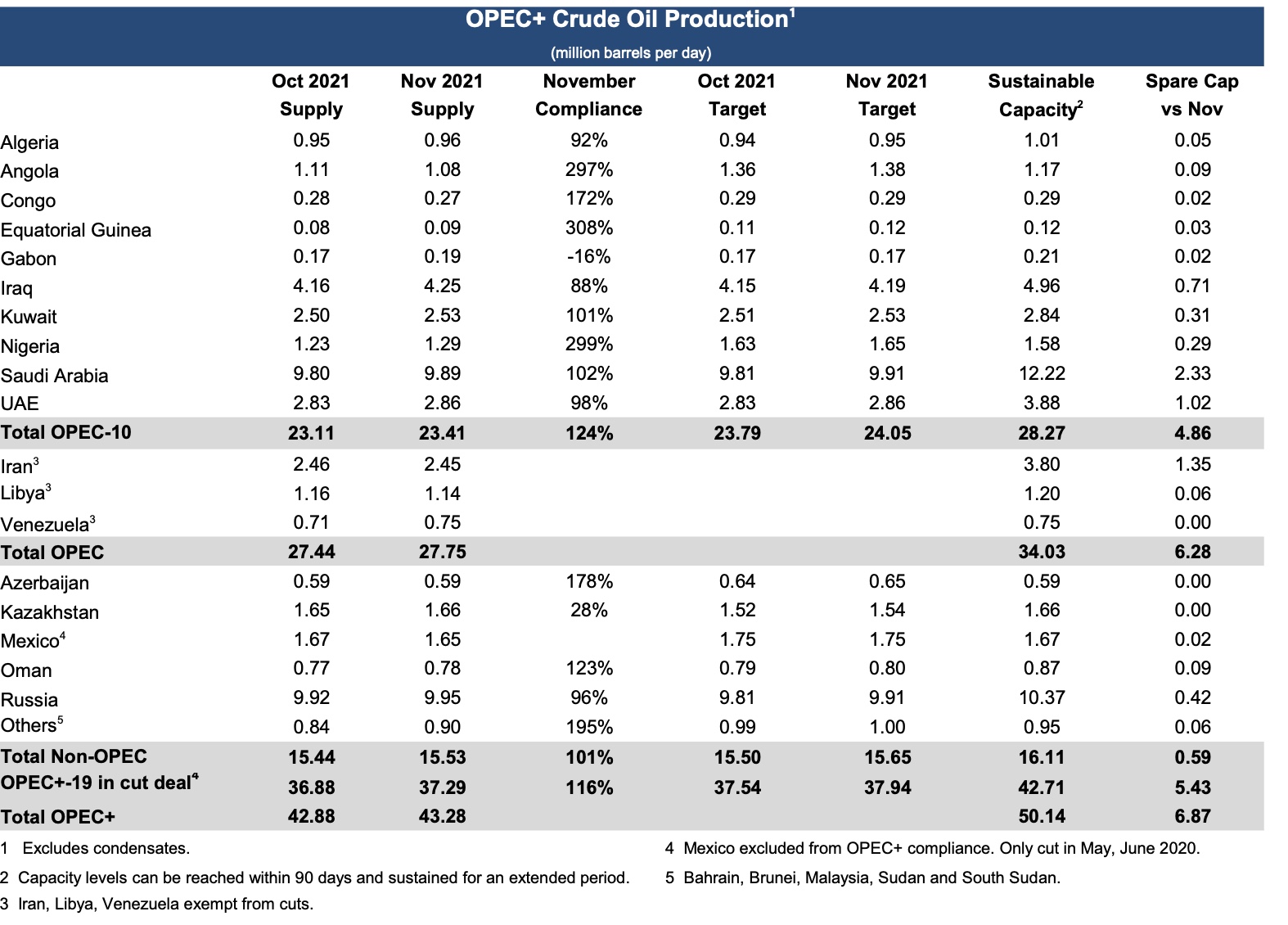 That is on top of strategic petroleum reserve additions from the US, China, India, Japan and the UK announced last month to combat rising oil prices by adding to supplies from December.

The releases amounted to some 70m barrels and, if released over a 90-day period, equated to an additional 800,000 bpd in supplies, according to IEA calculations. Its forecasts are lower than those of Opec, which had 2022 demand growth at 4.2m bpd in its monthly report. That is some 900,000 bpd above the IEA estimates.

The IEA said an oil surplus had now emerged and oil production from Russia and Saudi Arabia could even reach fresh records in 2022, pumping in excess of 10m bpd each, if Opec continued unwinding its remaining cuts.

For now, world oil supply in December was estimated at 99m bpd, according to the IEA.

In sobering news for the global fleet of product tankers, crude oil demand was expected to return to pre-pandemic levels in 2022, but refined product demand would not recover as swiftly.

Demand for refined products was expected to be 1.1m bpd lower than 2019 and refinery runs would average 1m bpd below their 2018 peak, the IEA said.

• Jet fuel and kerosene demand rose quarter-on-quarter by 580,000 bpd in the July-through-September period, and a further 300,000 bpd in the fourth quarter to reach 5.7m bpd.

• Global refinery throughput gained 1.9m bpd in November and another 660,000 bpd in December to 80.5m bpd. Implied draws of global refined product stocks have continued for the sixth consecutive quarter.

• January-through-March runs are forecast to gain 350,000 bpd on the prior quarter, allowing  depleted product stocks to be replenished ahead of the spring maintenance season.

• China overtook the US in terms of total installed crude distillation capacity in 2021, at 18m bpd, but utilisation rates were measured at 78%, compared with 84% in the US.