Gain in rates supported by Opec monthly report, which says Omicron variant impact will be mild and short-lived 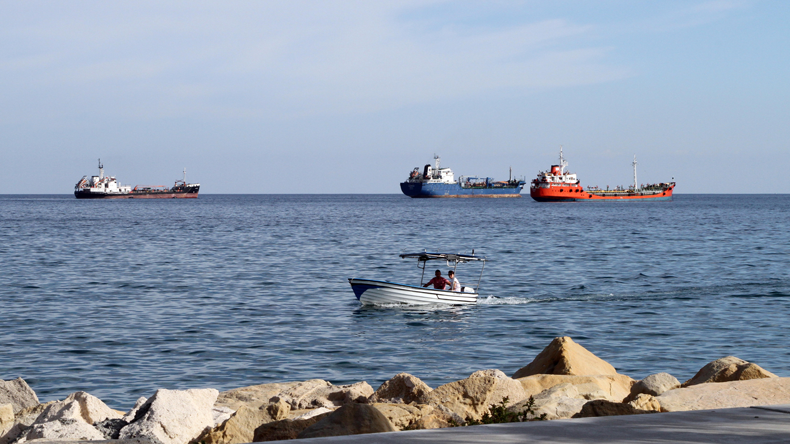 SPOT rates for medium range tankers appear to be gathering strength in the Mediterranean.

Earnings on one trade route spiked at nearly $50,000 daily as average rates for medium range vessels trading in the region rose above $20,000 daily.

The cost to charter a tanker to ship a 30,000-tonne cargo of clean petroleum product from Skikda, Algeria to Lavera, France surged 33% in one day to reach $49,728 on December 10, according to the Baltic Exchange.

Bad weather and an influx of cargoes amid a shorter-than-expected list of available tankers pushed sentiment higher over the week. Rates were quoted at just over $6,500 daily at the beginning of the month.

While this level is thought to be unsustainable over the medium-term, it amplifies the slow but steady increase in demand in Europe and the Atlantic seen for medium range tonnage, the workhorse of the clean tanker fleet, comprising some 2,250 vessels worldwide.

The nascent recovery in rates is underpinned by the latest Organisation of the Petroleum Exporting Countries report, which raised the forecast for world oil demand in the first quarter of 2022 and said the Omicron variant’s impact would be mild.

“Some of the recovery previously expected in the fourth-quarter of 2021 has been shifted to the first quarter of 2022, followed by a steady recovery throughout the second half of 2022,” Opec said in its latest monthly report.

“The impact of the new Omicron variant is projected to be mild and short-lived, as the world becomes better equipped to manage coronavirus and its related challenges.”

Demand for clean tonnage from Black Sea ports is also expected to rise over the next month, which alongside weather-related delays in the Bosporus could add to positive sentiment.

Braemar ACM spot market data from last week showed that medium range and handysize clean tankers trading west of the Suez Canal earned an average of between $21,500 and $25,400 daily, depending on their age, engine efficiency and whether a scrubber was installed.

Similar sized tankers trading east of the Suez Canal averaged between $8,257 daily and $13,645 daily, according to the London-based shipowner.

The numbers underscore the fragility of any recovery for the global fleet of product tankers, which have seen earnings lagging operating costs for more than five consecutive quarters on most of the key routes.

MR earnings in the Atlantic are now above rates for larger, Long Range 1 and Long Range 2 tankers, which Braemar ACM said averaged between $11,000 and $20,000 daily in the past week.

LR2 tankers are primarily used in long-haul jet fuel trades to Europe from the Middle East Gulf, a market that remains depressed by quarantine restrictions that have hit international air travel.

“Average LR2, LR1, and MR spot rates are all currently above average VLCC, suezmax, and aframax crude spot rates, pointing to stronger demand for refined products,” said Jeffries analyst Randy Giveans. “We believe this current rally is evidence of what should be a tight but volatile tanker market heading into peak winter demand.”

The impact of the Omicron variant on demand for refined products is also anticipated to hit European oil demand over winter, Opec said in its monthly report.

“Transportation fuel demand, which softens during the winter, is expected to ease further due to measures to contain the virus,” the report said. “Austria, Italy, the Netherlands and others have announced measures projected to slow the oil demand recovery in the region during the coming months.”

“Recent macroeconomic indicators, especially the industrial production index, showed trends that are pressuring industrial fuel demand and especially diesel and fuel oil,” it said. “These indicators, coupled with the emergence of the Omicron variant, will pose some downside risks to oil demand going into 2022.

“On the other hand, the winter Olympic Games, scheduled to take place in Beijing in February 2022, and the uptick in transportation fuel demand during the Chinese New Year should provide support to oil demand going into the new year.”