While the potential price mark-ups bode well for terminal operators, there are concerns about interventions by the government. The authorities are now committed to reducing the financial burden upon shippers, who have already been overwhelmed by high shipping costs 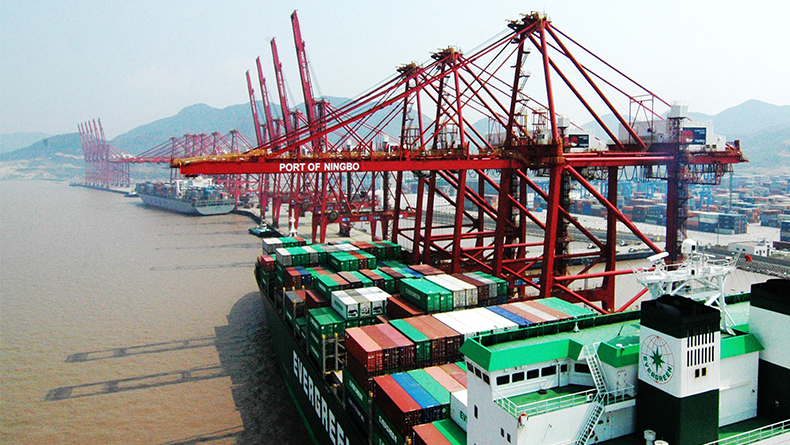 In the past week, the port of Ningbo-Zhoushan announced a plan to increase container handling fees by about 10%.

While the potential mark-ups bode well for terminal operators seeking better returns, there are concerns as to whether this will lead to intervention by the Chinese government. It is committed to cutting the financial burden placed on shippers, which are already dealing with high shipping costs.

The port of Ningbo-Zhoushan, the world’s third largest container port, already said it would increase its handling fees for import and export boxes by about 10%, starting from the beginning of next year.

The move has given rise to speculation that more of its domestic peers will follow suit.

Daiwa Securities expected the announcement to serve as the curtain raiser to a wider mark-up practice to be embarked on by the Chinese container ports, which have been keeping their rates low for several years.

In a research note, it said that carriers should be willing to pay for the extra costs to safeguard their operations owing to the backdrop of severe port congestion.

The view was echoed by SWS Research, part of Shanghai-based SWS Securities.

“The booming shipping market will be passed onto the port sector based on past experience. We think the handling fee adjustment at Ningbo-Zhoushan is just a start.”

Chinese ports are lagging behind their overseas counterparts in lifting prices, partly because of the fallout from an anti-monopoly probe launched by Beijing in 2017, the brokerage pointed out.

The investigation, which found misconduct at several major ports — including Shanghai, Tianjin, Ningbo-Zhoushan and Qingdao — had led them to slashing handling fees by 10%-20% in 2018.

That has stoked concerns that any efforts to recover the ground lost might need face regulatory headwinds.

Government departments, including the National Development and Reform Commission and the Transport of Ministry, summoned carriers several times earlier this year amid domestic shippers’ complaints about rocketing shipping costs.

Setting a higher price level remains a “sensitive” issue to talk about among the Chinese port executives approached by Lloyd’s List.

“We are still taking a wait-and-see approach,” said one person from a large state-owned port company.

In an online response to an investor enquiry, Shanghai-listed Qingdao Port International said it remained in discussion with clients about next year’s rates. “Nothing has been decided yet.”

However, supporters argue that port charges account only a small portion of the total shipping rates, and hence create less resistance.

Port charges per container make up 10% of the total shipping costs in a normal year, according to an estimate by SWS Research.

“Under the container shipping market boom, the proportion has reduced to just 2-3% this year. The rise of port charges will have a small impact on the export and import costs,” it said.

A Shanghai-based port analyst has shown sympathy for the ports in China.

“It has been difficult for port companies since the onset of the pandemic. The precautionary measures and the congestion have ramped up their costs considerably,” said the analyst. “From a market perspective, a mark-up would make sense.”

PIL trims $1bn debt as it seeks to emerge from restructuring