Unpredictable weather patterns linked to climate change could lead to greater risk of liquefaction of bulk cargoes such as bauxite and nickel ore, experts say

Legal and technical experts highlight the potential risk, following a number of non-fatal incidents this year, and have identified ways to mitigate any issues 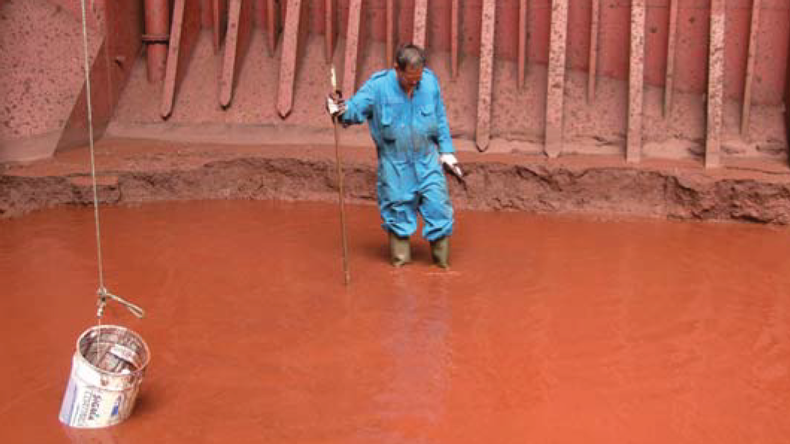 Source: London P&I Club Liquefaction has been cited as the leading cause of loss of life in bulker casualties over the years.

LIQUEFACTION of bulk cargoes such as bauxite and nickel ore could become more of an issue going forward as climate change impacts weather patterns.

The topic has come to the fore following a number of unspecified “incidents” this year, and legal and technical experts have highlighted ways to mitigate any problems.

In addition, demand for metals such as nickel ore used in electric car batteries will increase, presenting risks during seaborne voyages.

Liquefaction has been cited as the leading cause of loss of life in bulker casualties over the years.

Cargoes can liquefy if moisture develops, causing vessel instability and the potential to capsize. Dynamic separation can also occur.

The most recent advice from P&I clubs has been related to potential liquefaction of iron ore fines cargoes from the Pepel port in Sierra Leone as stockpiles may have been left exposed for long periods during the wet season, leading to hidden moisture.

Part of the reason for liquefaction to occur is testing not being adequate or uniform, said Dr Menkiti. Coupled with that is confusion over whether to declare bauxite as Group A or Group C cargoes.

Bauxite fines were moved to Group A and came into force in January this year.

The IMO code suggests simple screening to make sure the cargo is safe, but it is very complex, Dr Menkiti said, as particle sizes vary, and it may be difficult to determine moisture-induced risk through visual inspection alone.

The master is therefore entitled to a reasonable period to determine whether the cargo is safe to load. He is also entitled to question the shipper's cargo declaration if any discrepancies are spotted.

While main producing and consuming countries such as Australia, Brazil and China worked on the bauxite and iron ore working groups, nickel ore is the “elephant in the room,” he said, adding that the next area of work should be around this growing commodity, which does not have a universal approach, particularly when it comes to testing.

Different tests are carried out with some methods not accepted by others, he noted.

Misdeclaration of cargo is common but results are never published when losses occur due to legal battles being confidential in arbitration, said Nicholas Woo, partner in the shipping team at law firm Birketts.

“Both owners and charterers can benefit from more well-thought out, properly-worded and balanced charterparty clauses so that both sides can work together to minimise any carriage risks,” he said.

Focus on enforcement and training as liquefaction casualties continue

Indonesian nickel ore-carrying supramax feared lost with 25 on board

Intercargo says most loss of life due to liquefaction