Focus on shippers and ocean carriers as US retail sales rise

Amazon and Target have played an ‘outsized role’ in the congestion at the US west coast ports of Los Angeles and Long Beach, report claims 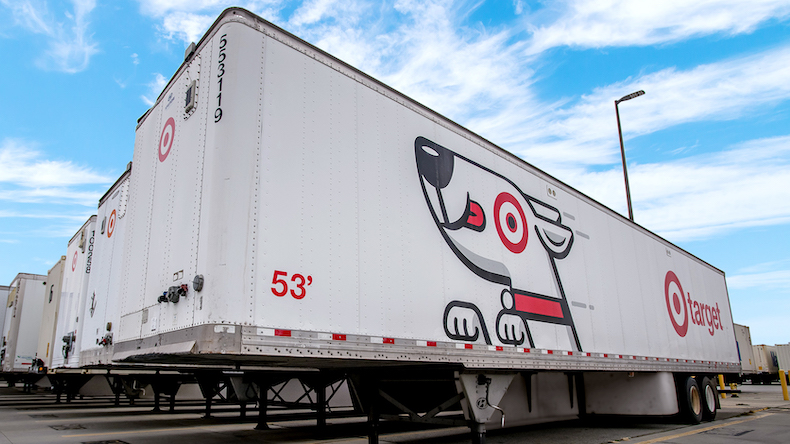 Source: Target US retailer Target is adding to congestion and pollution, report claims.

LEADING shippers and ocean carriers are under scrutiny for their potential roles in creating adverse impacts on the US economy and environment as the current supply chain crunch continues.

The scrutiny comes as shoppers show little sign of reining in the spending that has led to record-breaking levels of imports at US ports in recent months.

Amazon and Target have played an “outsized role” in the congestion at the US west coast ports of Los Angeles and Long Beach, according to a study by the Ship It Zero Coalition, which is comprised of environmental and public health advocates, scientists, and shipping experts who are lobbying companies to “achieve zero-emissions shipping by 2030.”

The report analyses the shipping routes and ocean carriers used by major retailers Amazon, Target, Ikea and Walmart in order to determine the greenhouse gas emissions of the containerships they employ.

It claims that goods imported via maritime shipping to the US by Walmart, Target, Amazon and IKEA between 2018 and 2020 accounted for an estimated “20m tonnes of carbon dioxide equivalent emissions”.

‘It does not look like the congestion will improve any time soon,’ says founder of retail consultancy

It said these imports were predominantly shipped by a “small group” of major maritime cargo carriers who have long-term relationships with each retail firm.

The most common shipping routes for these imports are between ports in China and the US west coast, where vessels left idling at anchor are pushing pollution levels for port communities to “all-time highs”.

The report said Walmart — the number one US importer — topped the list of firms with the highest imports and the highest emissions, almost twice the emissions of Target, number two on the list.

Major shippers have been given 45 days by the government to provide information that will shed light on the causes behind continuing supply chain disruptions and their adverse impacts on consumers and competition.

White House says US business ‘at the mercy’ of carrier alliances

Carriers have agreed to clear more empty containers from ports faster and will bring in vessels dedicated to empty removal, according to the White House

The consumer-driven shopping that has caused the surge of imports over the past year shows no signs of waning, according to a survey by the National Retail Federation and Prosper Insights & Analytics.

“Retailers have adapted and enticed customers with a number of incentives throughout November,” said chief executive Matthew Shay.

The federation's Global Port Tracker report for November, which analyses the flow of containerised imports into the main US maritime gateways, predicts imports for 2021 will increase by 16.2% over 2020.

It says import volumes in the first half of 2022 will rise by 2.9% versus the equivalent period of 2021 — a sign of further stress for the goods delivery system in the months ahead.

“The once-vaunted supply chain continues to come under pressure from all sides,” said Ben Hackett, founder of consultants Hackett and Associates, which produces the tracker.

“It does not look like it will get any better soon, with most commentators suggesting that we will continue to see problems well into 2022 — and that is assuming that Covid-19 does not get out of control again.”

US targets measures to speed velocity at Southern California ports

Buoyant US west coast ports at risk of more logjams