IMO mulls voluntary switch to cleaner fuels in the Arctic

Support was ‘overwhelming’ for a resolution encouraging vessels to alter fuels to reduce black carbon emissions, which hasten Arctic warming and climate change

The IMO came close to approving a voluntary measure against black carbon in the Arctic, but Russia and others objected and the matter was referred to a working group instead 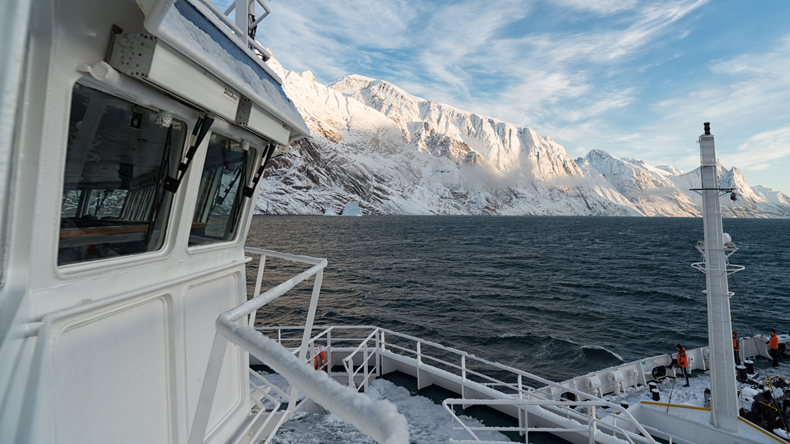 THE International Maritime Organization came close to approving a non-binding measure against Arctic black carbon emissions but fell short of approving it after objections from Russia, China and others.

There was near unanimous support at the Marine Environment Protection Committee for a resolution urging ships in or near the Arctic to switch from heavy fuel oil to cleaner distillate fuels.

However, Russia, China, Japan, Saudi Arabia and the International Chamber of Shipping said more emissions data was needed on different fuel types and engines before they could support such a resolution.

Environment groups have urged the IMO to regulate black carbon emissions, which darken Arctic ice, causing it to melt faster.

They say this makes up an outsized share of shipping’s contribution to global warming as traffic through the melting Arctic increases, and harms local communities’ health and livelihoods.

Arctic groups are calling on countries at the International Maritime Organization to do more to protect the Arctic region as they meet this week to finalise a ban on heavy fuel oil in the region, which will come into full force only in mid-2029

Russia, which has long opposed green regulations on Arctic shipping, argued the resolution was based on “dubious” data from the IMO’s fourth greenhouse gas study. It said that data were not based on real-world tests and more trials were needed.

Bryan Comer, a co-author of the study, rejected those claims as untrue. He said the data used were based on actual, not theoretical, measurements submitted to IMO, whose members had approved the final report of the study at MEPC75.

Dr Comer said 13 independent international experts had reviewed the black carbon emissions factors used in the study. He said the resolution accurately reflected its findings and the emissions cuts made possible by switching to distillates.

Supporters of the resolution included the US and Canada, European countries such as the Netherlands, Spain, Iceland and Italy, Pacific island nations including Tuvalu and the Marshall Islands, and several environmental NGOs.

“Again, we find ourselves at a crossroads,” the Bahamas said. “Whatever happens in the Arctic impacts the rest of the world. We in the Bahamas are low-lying islands. It does not take much rise in sea level to put us all underwater.”

The Clean Shipping Coalition said the IMO was running out of time to regulate black carbon.

“The world simply cannot afford to wait any longer,” it said, adding a switch from fuel oil would be quick and easy since ships already carried distillates on board for use in regulated emissions control areas.

MEPC chair Hideaki Saito sent the matter to an informal working group for discussion, as he did for a host of contentious emissions regulations before the IMO.

If not approved by the end of this week, the resolution will be sent to the IMO’s pollution sub-committee for tweaks, then to MEPC78 in 2022.