American Club has bought no pool claims since 2016 but scheme now accounts for one dollar in three of its overall payout, Joseph Hughes reveals 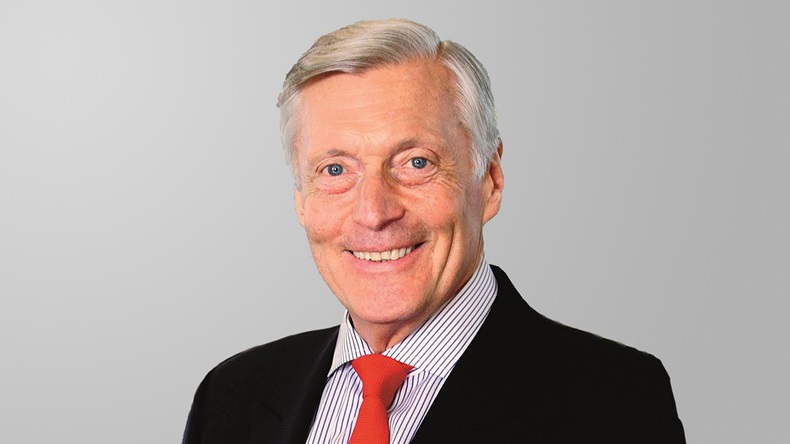 Source: Insurance Day Hughes: The trajectory of marine losses has continued to move relentlessly upward over the recent past.

THE American Club has announced a double-whammy general increase of 12.5% backed by supplementary calls of 15% for 2018 and 35% for 2019, citing the pandemic and the “relentlessly upward” trajectory of marine losses as the reasons for the price hike.

A further supplementary call of 35% is expected for 2020, although this will not be imposed until next year.

In addition, the Japan Club has gone for 10% across all three of its major classes, according to broker’s reports and a club circular.

Rises elsewhere among the marine mutuals include 15% at North and at West of England. Standard, the UK Club and Steamship have all opted for 12.5% general increases, with Britannia and London looking to grow their top lines by that amount on the basis of individual pricing.

Gard, the world’s biggest P&I club, has undercut the pack with a 7.5% internal target for more revenue, again pricing on loss record.

Only Shipowners’ Club, a special case because of its small craft specialism, has pitched lower, with a general increase of just 5%.

A circular from the American Club, signed off by Joseph Hughes in his capacity as chief executive of club manager Shipowners Claims Bureau, says: “While there are grounds for optimism that the most debilitating human and economic aspects of the pandemic may be receding, the trajectory of marine losses has continued to move relentlessly upward over the recent past.

“This has been most visible in the escalating cost of larger claims, particularly those falling within the International Group’s pool.”

The aggregate cost of pool claims from 2018 to 2020 is almost double that of the three previous years, while the pool for 2021 appears to be heading in the same direction.

Although the American Club has not itself brought any claims to the pool since 2016, its contribution to the losses of other clubs has reached around one-third of its net claims overhead, he revealed.

Other factors at work include inflation across a broad spectrum of exposure, particularly on personal injury and environmental claims.

The club’s investment portfolio has performed well, generating a year-to-date return of 6.7% as of the middle of November.

Closed policy years have shown minor deterioration since year-end 2020, offset by an increase in unrealised investment gains since the beginning of the current year.

But owing to unanticipated deterioration of certain claims for the club’s own account, together with an escalation in the cost of pool claims, the deficit for the current year has hit $6.9m as of 30 September, up from $5.6m 12 months ago.

The board has thus decided that premium earned but unbilled — known as EBUB in industry jargon — should be billed in the form of a supplementary calls.

These will be levied at 15% of currently estimated total premium for the 2018 policy year and 35% for 2019. They will apply to P&I only and not freight, demurrage and defence.

There is not expected to be a need for further calls for the 2019 year, which will be scheduled for formal closure in the first half of 2022.

The 2020 policy year has developed significantly to the downside, and has hit £22.5m, again covered by EBUB. It is expected that a supplementary call for 2020 will be required in due course at a similar level to that of 2019, with a decision to be made during the first half of 2022.

In the meantime, the release call for the 2020 policy year will be increased from the current figure of 20% to 40% of originally estimated total premium for P&I, but will remain at 20% for FD&D.

This current year is described as “not developing favourably at present,” with loss development being monitored.

The circular said that it accepted that supplementary calls will be unwelcome, but argued that they are preferable to redeeming historic losses through excessively generalised future price increases, which will compound over time.

Nevertheless, the need for more premium is clear, and there will be a GI of 12.5% as a starting point. Those with adverse loss records can expect to pay more.

All fixed premium P&I and damage to hull entries will be subject to a minimum increase of 12.5%, with any uplift in reinsurance coming on top.

All fixed premium FD&D entries will be subject to a minimum increase of 12.5%, again with reinsurance on top.

Japan Club has pointed to its worsening claims record as grounds for 10% general increases in P&I and FD&D rates. There will also be a 10% rise for its coastal class, save for harbour tugs, which get off with 5%.

Deductibles will go up, by 50%-100% in most instances. In addition, loss records will be calculated on a net loss rather than a gross loss basis, over a basis of six rather than five years, bringing its methodology into line with other IG clubs.

Separately, the UK Club has seen its rating revised from A (negative) to A- (Stable) by the rating agency S&P Global.

“We are naturally disappointed S&P has taken this step to revise our rating at this time,” said Andrew Taylor, chief executive of club manager Thomas Miller P&I.  “The club remains focused on its key aims of returning to balanced underwriting while providing excellent service to our members.”