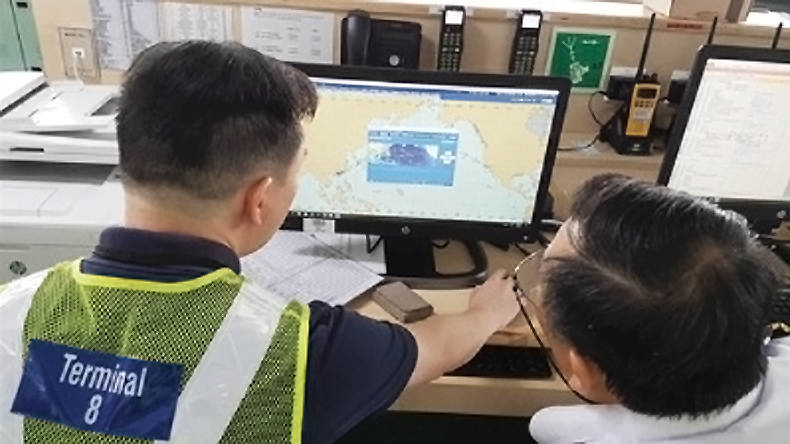 Source: StormGeo A crew motivated to proactively engage with the data can reduce emissions in a big way.

SHIPPING, which contributes 2.9% of global CO2 emissions, is considered the most environmentally friendly method of transportation.

However, as seaborne trade has increased since the 20th century, so have emissions, and the industry is working to combat the climate crisis with new regulations from the International Maritime Organization to reduce carbon intensity by 40% by 2023 and work towards carbon-neutral output.

Many companies are motivated to reach these targets because they contribute to a sustainable environment, ensure compliance with regulations, add competitiveness in the market and provide financial incentives for owners.

While umbrella objectives and strategies help companies navigate changes, individual seafarers can also take action to contribute to these targets. The four steps below show how small changes made by individuals accumulate to have a much larger effect on emissions.

Tactical planning on board can have a large impact on a ship’s fuel usage, CO2 emissions and the time spent per voyage. Accurate and timely weather intelligence can be used to avoid adverse currents, utilise favourable currents, and steer clear of storms. Sometimes this means choosing a longer route that actually reduces the power needed to remain on schedule, reduces fuel requirements and, in turn, reduces emissions. This requires flexibility from the master and crew, and relies on access to detailed information that supports re-routing decisions.

The ETA integrity for certain ships can be a critical factor in a voyage’s route plan. It’s not unusual for ships to sail at higher speed at the beginning of a voyage, but slow down towards the end. While that may suit the captain's needs, power usage is inefficient and leads to greater CO2 emissions for the voyage as a whole. Identifying the optimum speed(s) and ensuring enough time for the voyage burns less fuel and results in much lower emissions.

Digitalisation and the use of fleet management systems provides the data required to measure the actions of seafarers during a voyage. A shore-based team communicating information about a ship’s performance gives the master the opportunity to improve fuel consumption at sea. This could include the shore-based team reviewing the auxiliary engine load distribution and alerting a master to abnormal operations, or a main engine running above its baseline. With this information, a master can make changes to the ship’s operations, reduce CO2 emissions and have those actions noted by the company.

Identify improvements to operations and/or technical parts by analysing ship performance data. A crew using that information by investigating inefficient performance may be able to identify and correct a malfunctioning element within their ship’s system. Crew motivated to proactively engage with the data can reduce emissions in a big way.

The steps listed above show how a combination of data and human action can have a real impact on a vessel’s emissions. The accumulation of individual actions adds up to support a company on its way toward decarbonisation, and fosters a culture of positive change. By investing in the tools that allow these actions to be taken, companies have a straightforward path to meeting the CII (carbon intensity indicator) index guidelines.

Smart tech set to divide shipping like never before

Why Alfa Laval paid over the odds for StormGeo