Asia remains the source of top players, while alternative finance is on the rise

Zhao Jiong, chairman of Bocomm Leasing, remains at the top seat in the Lloyd’s List finance ranking. He has pledged to set the fast-growing bank-backed lessor on the path of green finance, with innovative products to carter for decarbonisation 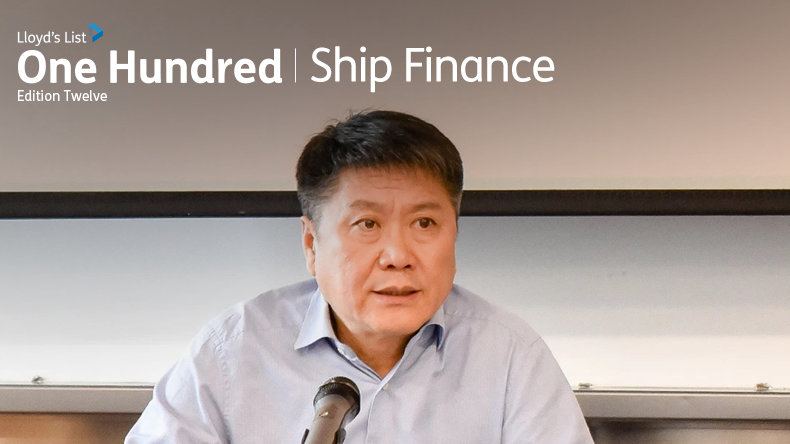 Zhao: next step is to go down the path of green finance.

Zhao Jiong, 59, has worked in China’s banking sector for more than 30 years.

Bocomm Financial Leasing, which he chairs, remains as the country’s largest shipping lessor, boasting a portfolio of more than 400 ships worth over $14bn.

Its orders this year, including eight ultramax dry bulkers and another octet of wood-chip carriers of 64,000-70,000 dwt, would ensure continued growth.

Scale aside, Mr Zhao has made it clear that the next step for his company is to go down the path of green finance. He wants innovative products to lower owners’ borrowing costs to better meet their decarbonisation demand.

Banking veteran Michael Parker has been working his heart out to drive shipping’s battle against climate change.

Mr Parker was a key architect of the Poseidon Principles, established in 2019 to align lenders’ shipping portfolios to climate goals.

He is now among the leading advocates of a full decarbonisaion of seaborne trade by 2050, while the sector remains uncertain about meeting the International Maritime Organization’s existing target to cut greenhouse gas emissions by 50% from 2008’s level.

The ambitious proposal has led to some veiled discontent among shipowners. However, the chair of shipping and logistics at Citigroup believes the mission can be accomplished, while finance can make a difference if accompanied by the necessary regulation and more ambitious policies. 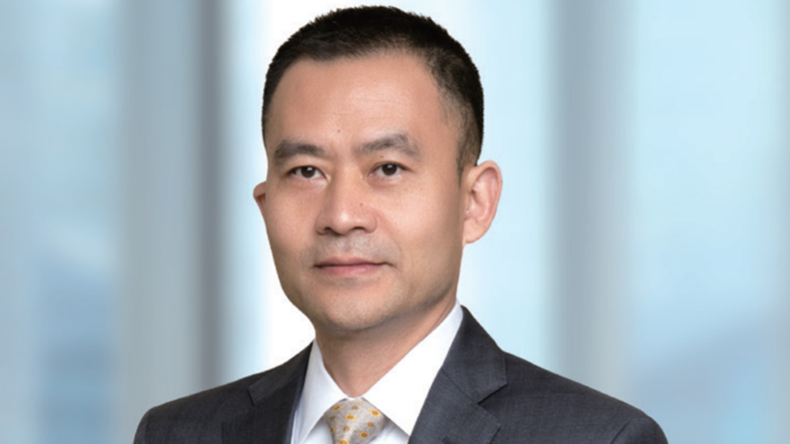 CDB Financial Leasing, led by Peng Zhong, is running tirelessly on the avenue of expansion, making it one of the fastest-growing Chinese lessors in shipping.

Newbuildings and secondhand tonnage added this year by the Hong Kong-listed company, part of state-owned China Development Bank, have amounted to 77 ships worth $1.8bn in total as of mid-November. Most of them are dry bulkers.

The leasing house was also reportedly involved in the financing of at least two 24,000 teu vessels ordered by Mediterranean Shipping Co.

Holding a master’s degree in corporate management from the Renmin University of China, Mr Peng joined the policy bank in 1994. He was appointed the president of CDB Leasing in December 2017 and has become the de facto commander-in-chief since this July after chairman Wang Xuedong quit the position.

The policy lender, known as Cexim, continues to keep a low profile in ship finance. However, that may be because Hu Xiaolian, who has worked in the public finance sector for almost four decades, believes that actions speak louder than words.

Industry experts said export credit agencies, including the Chinese ones, were active in supporting domestic newbuilding markets in recent years.

Already, Cexim’s portfolio was estimated at $17.5bn as of the end of last year, up from $16.5bn a year ago, according to vessel lending data compiled by Petrofin Research. The bank’s ranking also moved up a rung to second place.

As Chinese yards are stepping up efforts to catch up with their rivals in developing zero-emission ships, Ms Hu and her organisation are expected to be generous.

Bang Moon-kyu has spared no efforts in promoting his country’s shipbuilding industry.

One case in point is his October visit to the Angelicoussis Group headquarters in Kallithea, Greece. The state-owned bank, also known as Kexim, has promised to provide finance for the Greek shipping giant for ordering eco-friendly ships in South Korea.

Mr Bang must have been delighted by the performance of domestic yards that have enjoyed a dramatic market recovery this year. Government support had helped them get through the trough.

Now Seoul has drawn up a plan to make the country’s shipbuilder achieve dominance within the next decade. A former vice-finance minister, Mr Bang will have a lot more work to do.

As the managing director, Andrian (Andy) Dacy leads the global transportation group at JP Morgan that has been quietly yet actively expanding its shipping portfolio this year.

Some deals still got caught in the spotlight, which include reported acquisitions of a string of small to mid-sized oil tankers.

The investment bank was linked to an order for four 15,000 teu containerships worth $500m at South Korea’s Hyundai Heavy Industries in March.

Mr Dacy has more than 30 years’ experience in the transport sector. Before his current role, he was the global head of shipping for JP Morgan.

Before co-founding SC Lowy, Soo Cheon Lee was a managing director at Deutsche Bank and a research analyst at Cargill. The combination of his financing and trading prowess has made him stand out in Asia’s ship finance arena.

Benefitting from Mr Lee’s expertise and leadership, the company with its fingers in many pies has hit the jackpot in shipping this year — particularly through its involvement in restructuring one of the main container shipping lines.

The perfect storm in the sector has turned the indebted carrier into a cash cow alongside its competitors. A lucrative withdrawal was orchestrated by Mr Lee at the peak of the market.

The UK-based investment firm has deployed more than $3bn in the maritime space during the past six years, including a $236m senior secured loan facility to Global Ship Lease this year.

Prior to joining Hayfin, Mr Povlsen served as the chief executive at Breakwater Capital, which he founded a decade ago and which had been in an exclusive partnership with Hayfin since 2014.

The Danish man, a former Maersk employee, is also co-founder and co-owner of Celsius Shipping, which owns a sizable fleet, spread across most major vessel types.

The head of the Blue Ocean Group at New York-based EnTrust Global, Svein Engh raised $2.1bn to invest in the maritime industry at the close of 2020, on top of $925m the previous year.

He also set up a maritime holding company, Purus Marine, in April to focus on green shipping assets.

The past year has been busy for EnTrust. It purchased Maas Capital Shipping, the private equity platform with a 76-ship portfolio, from Netherlands bank ABN Amro, last October.

Through Purus Marine, it acquired two liquefied natural gas carriers and is investing in low to zero-carbon assets.

Described as a pioneer of US shipping and alternative finance, Sean Durkin has been at the helm of Northern Shipping Fund Management since 2008.

When talking about the kinds of investment Northern Shipping Fund makes, Mr Durkin famously said: “We do anything that banks won’t do.” Over the years, it has discreetly supported big shipping names with fresh liquidity.

A relationship-driven capital provider, Mr Durkin is a regular and trusted shipping fixture in New York and Stamford.

The Top 10 in finance list is compiled by the Lloyd’s List editorial team and considers the most influential people in commercial banking, investment banking and alternative finance

Lloyd’s List’s Top 10 for the various shipping sectors will be published daily in the lead up to One Hundred People 2021 — our annual ranking of the industry’s most influential players, which will be revealed on Friday November 26