The shipping industry is going to rely more on Chinese financing as those vessels that fall short of environmental standards become less attractive for traditional lenders, executives say

Shipowners say China is important for finance when it comes to renewing and expanding fleets, and would play an instrumental role for those vessels that will soon become unfinanceable by traditional banks 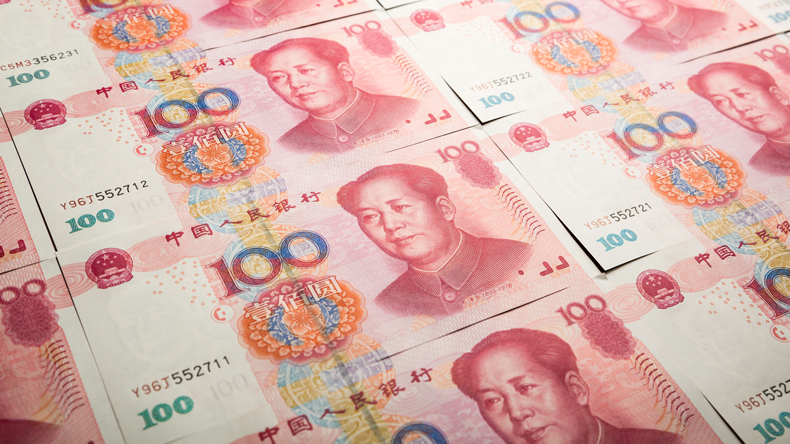 Source: Gang Liu / Alamy Stock Photo Costs of Chinese finance have come down this year to compete with European lenders.

SHIPOWNERS expect Chinese leasing to play an ever-increasing role in the future.

Speaking on a Capital Link webinar, US-listed tanker and bulker owners said that China has been and will remain a very important source of finance.

China provided $15bn to the shipping industry in 2020 when other, traditional lenders were retracting, according to Star Bulk Carrier co-chief financial officer Christos Begleris.

Costs of Chinese finance have come down this year to compete with European lenders, who have been entering the market in a bigger way.

Going forward, China and Chinese financing could even plug a gap, given the focus on stringent environmental regulations.

“Potentially, there is an opportunity for financiers in China to finance tonnage that will soon be unfinanceable by traditional western European lenders,” said Mr Begleris, referring to older, less efficient tonnage that traditional shipping lenders are increasingly less eager to finance.

In addition, China has an “extremely important role” in the creation of phase 3 vessels, he said, referring to zero-emissions ships to meet decarbonisation targets.

The green transition of international shipping should be driven by technologies not policies, according to Chinese leasing houses

“We don't have those vessels right now,” and China can help with innovation, and the building and financing of those vessels, he said. But the biggest bottlenecks are the required availability of the fuels and the related infrastructure.

The dry bulk company’s first transaction was with the Export-Import Bank of China in 2008.

It has since received $2bn from the country’s various financial institutions. It has been involved in several sale and leaseback deals and expanded co-operation by buying vessels through an equity joint venture.

China is “very important” for International Seaways as it renewed and expanded its fleet, said chief financial officer Jeffrey Pribor, who added the company has found deals on similar terms to European lenders’.

It recently entered into a new $245m financing deal with Bocomm Leasing for three new dual-fuelled (liquefied natural gas) very large crude carriers being built in South Korea with long-term charters to energy major Shell. The cost of the newbuildings, which are due to deliver in 2023, is about $300m.

Vikram Hiranandani, managing director at Scorpio Tankers and renewables company Eneti, said that China was a “huge source of capital” for the business, with more leasing firms entering the market.

During the pandemic, it forged two new relationships on the financing side, he said, adding that there were also good opportunities in China on the wind turbine front.

A positive development has been that China has become “more flexible” than in previous years. He also found that the time to close deals had narrowed to just three to four months.

The company’s first sale and leaseback deal, worth $74m, was for three medium range tankers with Bocomm in 2017. It now has 95 tankers with Chinese leasing providers and export credit agencies worth $2.1bn.

Pure capesize owner Seanergy said that China is a natural partner for the company, given the amount of dry bulk commodities that are shipped there.

China has improved its terms and pricing and is picking up market share in response to the return of traditional lenders who are offering competitive rates, said the company’s chief financial officer Stavros Gyftakis.

The company has financed three ships with Chinese lessors on sale and leaseback arrangements. It also carries out repair and maintenance, and has installed scrubbers and energy-saving devices at Chinese yards to address environmental regulations.

“They [China lessors] have a very good understanding of the shipping business and are extending finance on reasonable terms,” he said on the webinar, adding that deals were being concluded much more quickly now. Its first deal in 2017 took nine months to complete.

But, he warned, Chinese leasing “is not for everyone”.

CSSC Shipping in leaseback deals with Tongli and Navig8