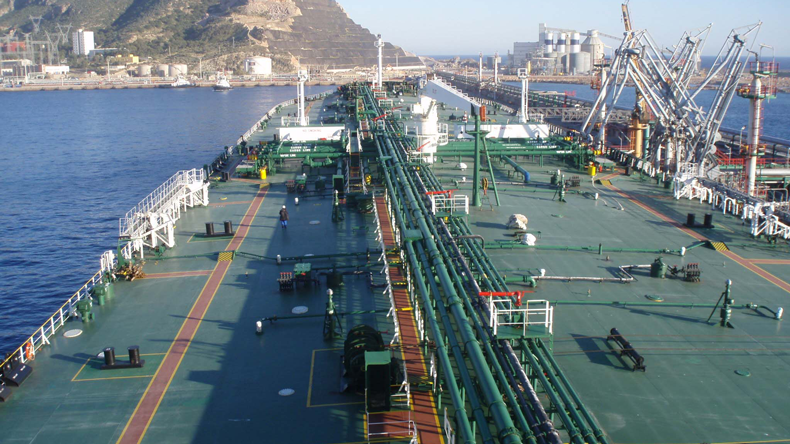 Shipowners said that very low inventories of crude and refined products were signs of a pending rates recovery.

NEW global oil supply and growth forecasts support tanker owners who believe the worst is now behind them after earnings for shipping crude and refined products experienced a protracted, loss-making downturn that has extended over five quarters.

Oil demand will grow 3.4m barrels per day in 2022 to reach 99.7m bpd in 2022, on top of gains of 5.5m bpd seen in 2021, the International Energy Agency said in its monthly report. Forecasts have remained unchanged from last month. 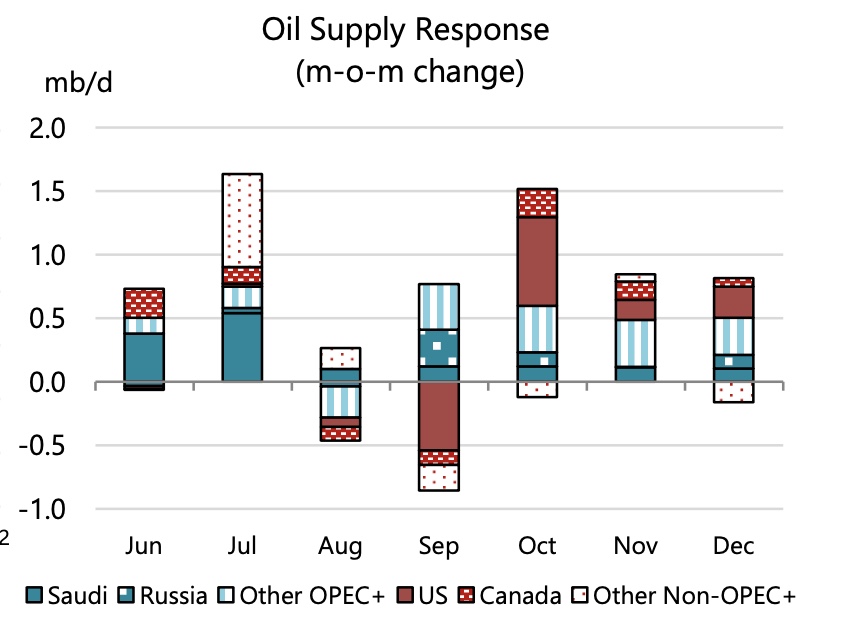 World oil supplies are seen rising 1.5m bpd over November and December, with 400,000 bpd coming from the US, and Saudi Arabia and Russia together adding a further 330,000 bpd, the Paris-based agency said.

About half the world’s crude is shipped by sea.

The International Energy Agency warned of a looming risk of more turbulence for global energy markets, saying clean energy investments must triple if the world is to meet climate goals. Policy support for low emissions fuels varies significantly among countries

Reduced crude supplies following an agreement by at least 17 oil-producing nations to arrest free-falling prices back in April 2020 led to inventory drawdowns of crude and products for most of 2021. This has reduced export volumes, dented tanker demand and depressed rates.

This oil undersupply appears to be easing, according to the IEA, citing rises in some inventories seen in October on the back of added production.

“Preliminary data and satellite observations of stock changes in October suggest the tide may be turning,” it said.

Shipowners reporting third-quarter results in the past weeks have cited earnings for some tanker subsectors that averaged the lowest in three decades, but said very low inventories of crude and refined products were signs of a pending rates recovery now underway. 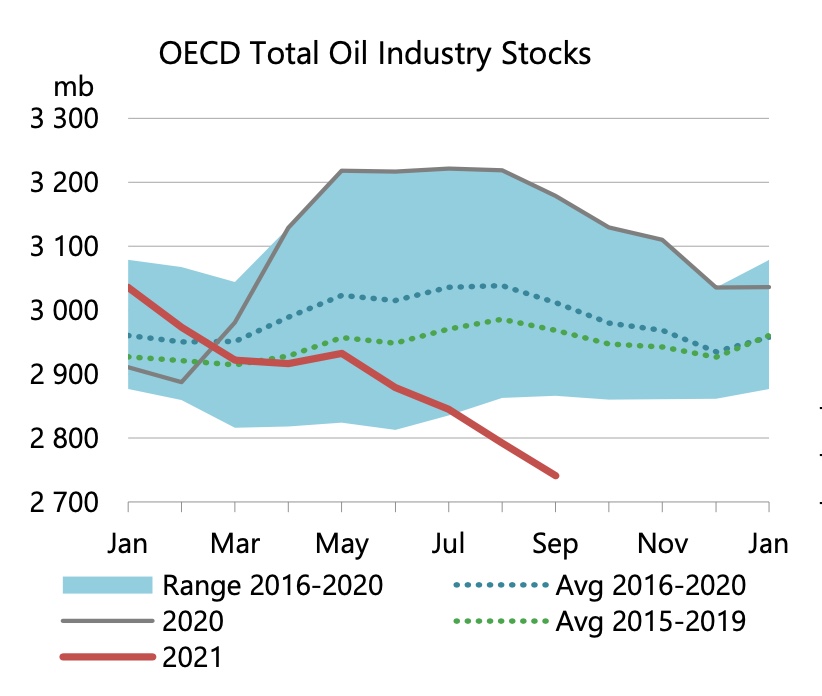 Between May and September OECD stocks drew by 170m barrels to reach their lowest level since the first quarter of 2015, according to the IEA.

However, OECD stocks built by 8.6m barrels in October based on preliminary data, mainly in Europe and marginally in the US and Asia, the IEA said, which reflected new supplies coming to market.

“The steady month-on-month increases in exported world crude production from October through December, combined with the increase in crude demand with the end of refinery maintenance, have boosted tanker demand and lifted dirty freight rates through October and into November,” the report said.

“At the same time, demand for clean tanker tonne-miles has been disrupted by changing Atlantic Basin gasoline trade flows and the halt in Chinese product exports due to reduced refinery throughputs following reduced crude import quotas for independent refineries and restricted power availability.”

Very large crude carrier freight costs by mid-November had risen 25% from levels seen in September. Aframax freight rates on the West Africa-Europe route this month were 45% higher than the September average.