COP26: An omen of what’s to come at shipping’s next climate showdown

By their nature, global talks cannot achieve much, at least not all at once. Divides between richer and poorer countries, and climate leaders and laggards, prevent showstopping deals. But on the sidelines, countries are forging ahead on their own greener pathways

The same political divides that hampered COP26 will hamper the International Maritime Organization. But pressure on the IMO is at fever pitch, and firms and countries are already forming bilateral deals outside its umbrella to advance green shipping 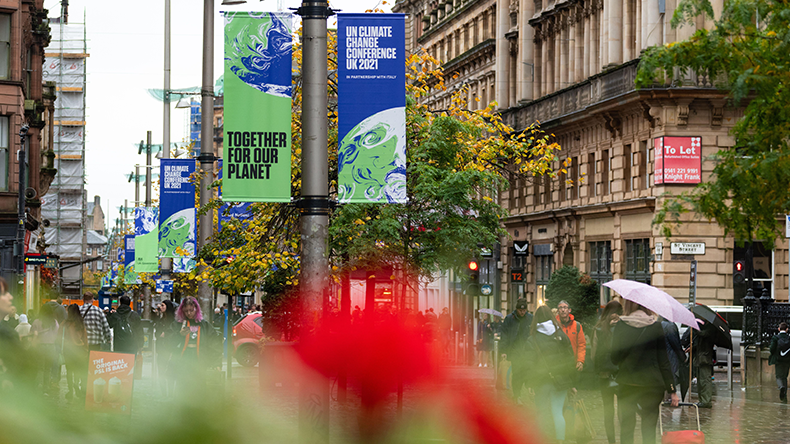 CLIMATE meetings such as the COP26 summit are hyped as a chance for sweeping global action, but they seldom produce it.

How much has been achieved this time, and how strong the resulting climate deal will be, was not yet decided as the meeting headed into extra time on the final day.

But reports that Saudi Arabia, Russia and India’s hobbling of a commitment to phase out coal-fired power stations suggest it will again be a case of ‘common ambition’ without binding commitment.

Despite that, shipping made its case and  there has been progress in showing the world it exists and needs help to go green.

The steady announcements, from the Danish-American push for net zero, to smaller states backing market-based emissions measures (such as carbon taxes and emission trading schemes), to industrialists promising to kickstart the hydrogen trade, to the Clydebank Declaration on ‘green corridors’ for zero-carbon ships all give cause for optimism, although many pledges lack detail.

“While COP has not provided all the answers, it demonstrated there was a significant opportunity for shipping to play a key part in global decarbonisation,” said International Chamber of Shipping secretary-general Guy Platten.

Many of the difficulties on display at COP26 will be repeated at the International Maritime Organization.

Divisions between richer and poorer countries over who should pay what, and between climate leaders and laggards, will probably prevent a blockbuster deal of the sort that climate activists want.

None of this is new. Global politics is messy and disappointing.

“Ambitious long-term targets have been a dime a dozen at this COP,” said Transport & Environment sustainable shipping officer Jacob Armstrong, who added that initiatives such as the Clydebank Declaration and those set out by big retailers were welcome.

But until states fixed emissions on a national level, “all these initiatives are just hot air”. Without a global deal, countries are doing it for themselves.

BIMCO deputy secretary-general Lars Robert Pedersen said the trend was toward multi-lateral agreements and “coalitions of the willing”.

“While we have repeatedly called for global regulation rather than regional ones, these moves could be beneficial as stepping stones towards the end goal of global applications and decarbonisation of the shipping industry, as long as this is not restricting market access for ships,” he said.

And while shipping groups and non-governmental organisations often condemn governments for their inaction at the IMO, its delegates know how much pressure they are under.

Liberia’s alternate permanent representative and vice-chairman of the Marine Environment Protection Committee, Harry Conway, said as much at COP26 on November 10.

He also highlighted the need for trust between countries — something visibly lacking at the past couple of MEPCs — warning it would be difficult to make progress on key issues without it.

The glaring gap between developed and developing countries is as prominent at IMO as at COP26.

There are big divides across the board. Even like-minded nations have different ideas on how to tackle the problem; the US and European Union may aim as high as the Pacific Island nations in their ambition, but they would prefer a low-emission fuel standard as opposed to a greenhouse-gas levy to achieve a similar end, for example.

The commitment of more than 50 countries through the Climate Vulnerable Forum to a levy is arguably the most important initiative to have emerged for shipping at COP26.

Having a major flag state in Liberia and important developing nations such as Bangladesh and the Philippines on their side could help convince more states to get on board.

The key factors shaping shipping in 2022 and beyond

Short-term disruption has defined shipping’s fortunes this year, but the mid-term outlook is riddled with uncertainty and risk. The pace of change promised by accelerating decarbonisation timelines will fundamentally alter the competitive landscape of shipping and spells significant risk for businesses currently assessing strategic investments

But it may still fail. Some delegates who back a levy are privately sceptical as to how much these countries’ demand for a greenhouse-gas levy will survive as solid positions at the MEPC this year or next.

Countries frustrated at the deadlock could ask the IMO Secretariat to circulate their amendments to embarrass laggards, he said.

While he “can’t see a lot being delivered” at MEPC77, Mr Hughes said work would continue and amendments to carbon measures could be amended again “right up until adoption”.

There was never going to be a rabbit pulled from a hat at COP26 to catapult shipping into a greener future. But we will get something closer to a big reveal.

And shipping’s sleepy regulator will be out from behind the curtain, blinking into the spotlight.