P&I premiums were too low, too long. Expect to pay more

Some brokers are predicting a 50% jump in premiums between now and 2024. Club chiefs discount for an element of hype, but admit privately that 30% looks a fair guess

You pretty much have to be a boomer to remember significant inflation. But rising prices are back, and that goes for marine insurance too 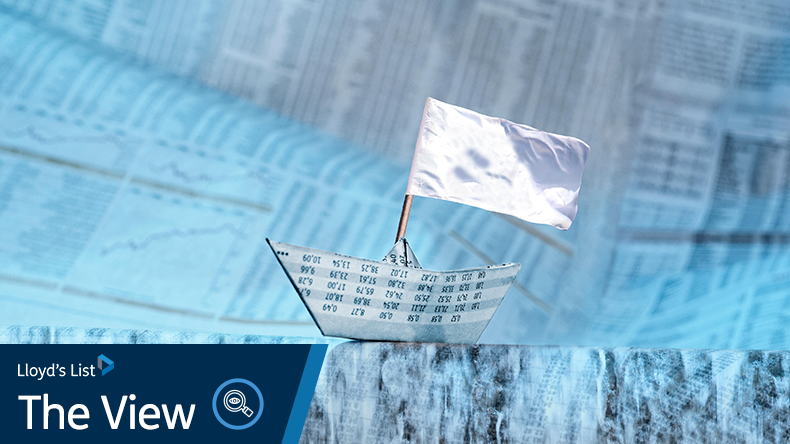 Source: Klaus Ohlenschlaeger / Alamy Stock Photo The rising tide of inflation is going lead to the recalibration of many prices, including that of shipping-related insurance.

YOU pretty much have to be a baby boomer to remember significant inflation.

Generation X will have seen their mid-career years dominated by the Great Moderation, and Millennials are used to downloading everything from the internet for free. Except for affordable housing, obviously.

But briskly rising prices are undeniably back, with both the US and China seeing benchmarks hit multi-decade highs. In the UK, inflation currently tops 3%.

Leave such obvious basket cases as Zimbabwe and Venezuela out of the equation for now. Nothing so far suggests that matters will get out of hand, at least in passably well-managed economies.

Nevertheless, the reality is that everything is going to get more expensive, and in this instance, ‘everything’ includes P&I cover.

Some brokers are predicting a 50% jump in premiums between now and 2024. Club chiefs discount for an element of hype, but admit privately that 30% looks a fair guess.

Marine insurance has a life of its own, driven by dynamics far broader than macroeconomic context alone, of course.

First, there is the rising cost of claims. Let us emphasise that shipping has been getting safer for decades, and — fingers crossed — will continue to do so. Attritional claims are considerably down.

It is just that when things do go wrong with big and hugely expensive vessels, the consequences are often a real doozy. When a grounding shuts the Suez Canal down for six days, bunker spills from bulkers devastate pristine tourist paradises, and hundreds of boxes repeatedly fall off boxships, the payouts are inevitably painful.

Second, coronavirus has inevitably meant a hit. Many leading industry bodies — not to mention this website — urged governments to expedite jabs for seafarers, the key workers on whose efforts perhaps hundreds of millions of other keyworkers depend. This has not happened.

Third, P&I premiums have arguably been too low too long. Not one of the 13 International Group P&I clubs put a penny on premiums in 2017, 2018 and 2019, in what effectively marked a three-year price freeze.

But as the old economists’ maxim goes, if something cannot go on forever, it won’t. Clubs cannot subsidise deficits from free reserves indefinitely, and the past two renewal rounds have seen marine mutuals play catch-up, whether by way of general increases or higher pricing on individual records.

The outlier, West of England, has opted for 15%, which on our records seems to mark the largest GI levied by any IG affiliate since Britannia’s 16.5% in 2013.

Were container lines to exhibit a similar degree of synchronicity in pricing, competition watchdogs would surely be observing closely for any hint of co-ordination.

What this will mean for individual owners will vary widely, by club, by vessel type and by loss records. Industry segments that are raking it in right now will not even notice a few thousand dollars more per ship.

But even those for whom sums of that order make a difference should appreciate that they are still getting a bargain.

Mutuality and pooling can fairly be described as throwbacks to the Victorian era. The pool scheme has been operating since 1899, and many clubs were founded several decades earlier than that.

But the point is that these mechanisms work. Thanks to its quaint quirks, P&I still comes in at rates the commercial sector cannot match.

Yes, there are revolutionaries out there who would egregiously trample on the ‘if it ain’t broke, don’t fix it’ principle, touting such notions as consolidation.

That may even happen in the 2020s, but it is noticeable that the last time two clubs held serious merger talks, the negotiations came to naught.

The return of inflation means that just about all purchases are going to get more expensive the next time you make them; your next pair of jeans, your new car and your next home. And this rule of thumb applies to your next P&I policy, too.

But even if P&I cover is half as expensive again in three years’ time, owners can be confident they are getting value for money.

As the boomers in your family will tell you, an era of sustained inflation is not particularly pleasant to live through.

But if this conjuncture does turn out to be a foretaste of the new normal, you will survive, and so will your shipping company. Make sure your P&I club does, too.