Those representing shipping at the COP26 climate talks have left broadly optimistic about some progress amid the hot air and greenwashing, but the litmus test will be what happens when the IMO begins its discussions on climate once the circus has moved on from Glasgow. Dissecting what COP26 has meant for shipping and what this means for IMO talks, we have shipping’s Climate Champion within the COP26 talks Katharine Palmer and chief executive of the Global Maritime Forum Johannah Christensen joining the podcast this week 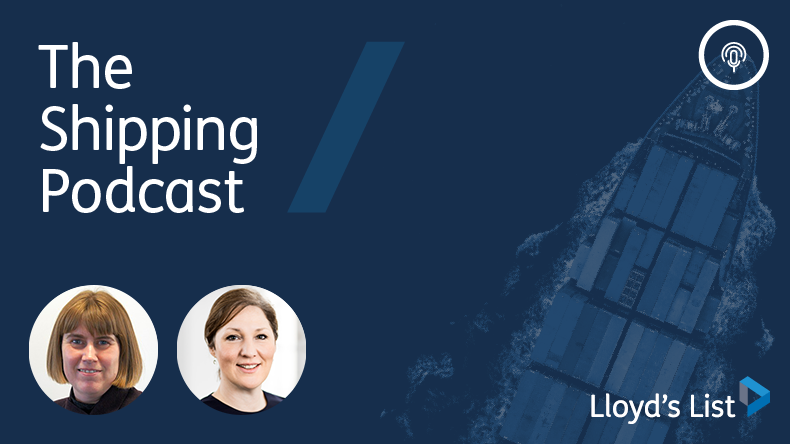 AS we recorded this week’s episode of the podcast, negotiators from the almost 200 countries represented at the COP26 climate talks were still locked in a badly lit room arguing the toss over a range of issues from how rich nations should compensate poor ones for damage caused by climate-driven disasters to how often nations should be required to update their emissions pledges.

In that respect, the annual bargaining session over how to stop global warming from becoming catastrophic has been of limited success.

However, connoisseurs of these annual political horse-trading events have lots to be positive about. And for shipping specifically, we can at least be assured we are now squarely on the agenda.

We came, we saw, we lobbied with gusto, and on the face of it the shipping sector scored some notable successes.

The call from 14 states — fronted by the US, UK, Denmark and the Marshall Islands — for zero-emissions shipping by 2050 was undoubtedly a good start.

Yet even with maritime heavy hitters such as Panama now backing the demand, it is not clear whether that momentum is going to be sufficient to persuade their 161 International Maritime Organization peers to follow their lead.

A more substantial display of firepower came from a coalition of more than 50 nations particularly vulnerable to the effects of global warming. These parties backed an IMO greenhouse gas levy intended to bring shipping into line with the 1.5°C temperature goal set down in the Paris Agreement.

The wording of their statement may have been generic, but it does throw the weight of dozens of least developed countries behind a doubling of the IMO’s current none-too-taxing and dilatory aspirations.

Unfortunately, not all of them have representation inside Albert Embankment, where the debate on the distribution of the revenues the scheme would create remains hugely contentious.

The litmus test will be what happens when the IMO begins its discussions on climate in the week after next, once the circus has moved on from Glasgow.

So in a bid to dissect what this all means for shipping and where this leaves us heading into the crucial MEPC77 talks starting on November 22, Lloyd’s List editor and podcast host Richard Meade has pulled in the collective expertise of two weary COP veterans who have been at the centre of shipping talks in Glasgow for the past two weeks — shipping’s Climate Champion within the COP26 talks Katharine Palmer and chief executive of the Global Maritime Forum Johannah Christensen.