A new coalition backed by the US, Japan, Australia and others will help develop zero-emission shipping routes over the next decade 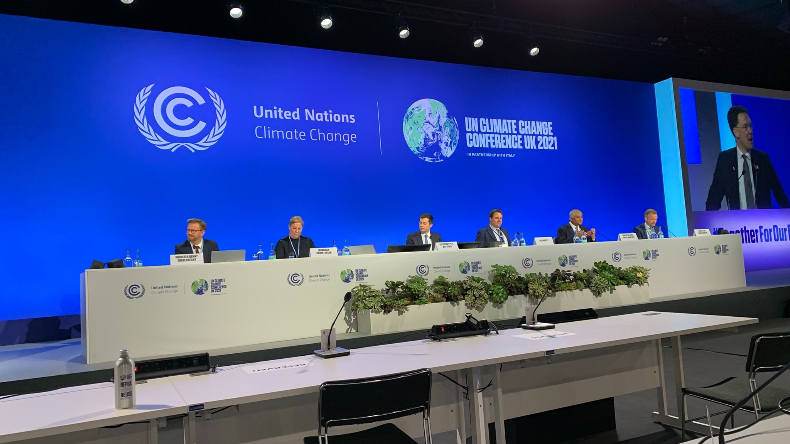 The Clydebank Declaration aims to have launched at least six ‘green shipping corridors’ by the middle of this decade and develop more and larger lanes by 2030.

ALMOST 20 governments have launched an international coalition to develop zero-emission shipping routes over the next decade.

The new Clydebank Declaration, which launched on Wednesday at the UN’s COP26 meeting in Glasgow, backed by the US, UK, Japan, Norway and 15 others, aims to have launched at least six ‘green shipping corridors’ by “the middle of this decade” and develop “more and larger” lanes by 2030.

“We will assess these goals by the middle of this decade, with a view to increasing the number of green corridors,” the signatories said in their mission statement.

With increasing pressure on shipping to decarbonise by 2050, the hope is that such an initiative can spur the growth of and investment in the necessary zero emissions infrastructure and technology.

“Green corridors could be the tipping point for the development of the green maritime solutions that we need to meet our shipping emissions goals as well as our collective climate goals,” he said in Glasgow on Wednesday.

The partner countries have committed to enabling partnerships with and among relevant maritime industry stakeholders, like shipping companies and ports, as well as to reduce potential obstacles to their development.

A new report by the Getting to Zero coalition, a cross-industry group of companies and organisations, found that countries can take advantage of existing favourable conditions, such as an established exports position, to develop these green corridors through target regulation and financial incentives.

“Highlighting major port hubs and specific trade routes enables a full understanding of where the first land-based infrastructure investments in the production of new fuels could have the biggest initial impact,” Mr Brown told Lloyd’s List.

The key factors shaping shipping in 2022 and beyond

COP26: Familiar faces and familiar problems as industry has its day in Glasgow