When box revenues and profits are rising at record levels, paying double what you sold it for to buy back a terminal hardly seems that outrageous after all for container line executives. At the other extreme tanker chiefs reporting dire third-quarter results at listed tanker companies have found a variety of novel and qualified ways to put lipstick on the pig of the worst set of numbers they’ve probably delivered in their careers 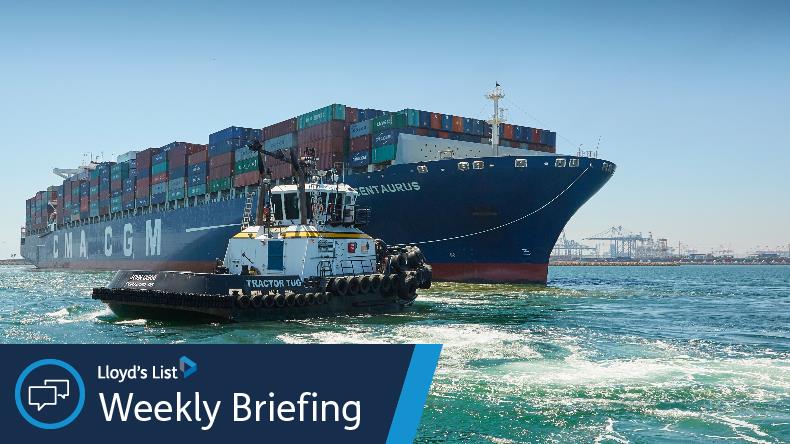 Source: Jon Lord Photography / Alamy Stock Photo The Fenix Marine Services terminal in Los Angeles, which CMA CGM has bought back, is strategic because it gives the company control over a critical in-road to the US west coast.

The critical importance of controlling supply chain infrastructure was highlighted this week by CMA CGM’s decision to buy back its stake in the former Global Gateway South terminal in Los Angeles in a deal that valued the facility at $2.3bn.

That price of itself is high for what is a bit of waterfront property, some cranes and a terminal operating system; but when one considers that CMA CGM sold that same stake for only $817m just four years ago, the price seems astronomical.

But when CMA CGM sold its stake it was deeply indebted after buying APL-owner NOL, and saw the terminal as a cost centre. It is a sign of how much the world has changed in the past 18 months that CMA CGM now has money to burn and the terminal is seen as a strategic asset.

The Fenix Marine Services terminal, as it is now known, is strategic because it gives CMA CGM control over a critical in-road to the US west coast.

As the latest figures from Container Trades Statistics showed, while the global container trade has grown at an annualised rate of less than 3% since 2019, and slowed to its lowest point since February in September, US growth continues apace.

The 2.2m teu shipped from Asia to the US during September was the highest volume on record, as US consumers continued their unstoppable shopping frenzy.

Even a return to services spending has failed to dent the US desire to acquire in the run-up to the holiday season. It does, however, appear that what they are buying is changing. Big-ticket household items — those that have become more expensive per item to ship, such as fridges and furniture — have seen a decline in sales.

Last year, CMA CGM chief executive Rodolphe Saadé noted that US employees, stuck at home in lockdown and buying toasters to make their own breakfast, had been driving volume growth. A year on, US demand for small kitchen appliances remains undiminished, although one wonders quite how many toasters anyone really needs.

For carriers, the content of the container is largely immaterial as long as the freight rate is paid. And while there have been some indications that the froth is finally coming off some of the extreme rates paid, the third quarter of 2021 will likely go down as box shipping’s most lucrative ever.

As the reporting season comes towards and end, Evergreen was the latest to report stratospheric earnings, with net profits up almost 900% year-on-year.

When revenues and profits are rising at those sorts of levels, paying double what you sold it for to buy back a terminal hardly seems that outrageous after all. 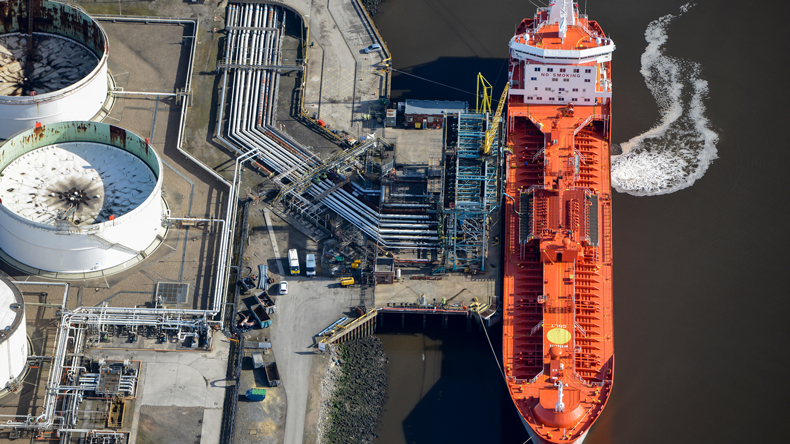 Chief executives reporting dire third-quarter results at listed tanker companies have found a variety of novel and qualified ways to put lipstick on the pig of the worst set of numbers they’ve probably delivered in their careers.

Most of the data points cited illustrated varying degrees of any rates recovery but yield little real cheer.

Torm said US Gulf product tanker rates are rising because of increased refinery utilisation — but that was the result of maintenance season ending and capacity returned post-Hurricane Ida.

This equated to “1 per share to illustrate the upside potential of our asset base” chief executive Lois Zabrocky told investors. (The share price has dropped $2-plus since May).

Stock drawdowns and below-average inventories amid rising oil demand in 2022 as forecast by the alphabet soup of IEA/EIA/OPEC were all mentioned in investor conference calls this week. They were accompanied by caveats that essentially said the normal fourth-quarter seasonal rebound hadn’t really arrived but was in the process of doing so.

The lowest fleet-to-orderbook ratio in 20 years, stable US Gulf crude exports, monthly rises in OPEC production, even higher spot cargo counts were all mentioned as the shipping C-suite swiftly turned to 2022 prospects.

Oil-to-gas substitution, higher energy prices, rising scrapping, the potential elimination of the subterfuge fleet of tankers when Iran sanctions are lifted — these were also painted as why a more positive tanker market is just around the corner.

What’s also around the corner (potentially) is demand destruction from high oil prices and inflationary economic pressures. Shipping’s tanker C-Suite is not out of the pigpen yet. An unwinding of capesize congestion which has dropped from 120 last month to under 95 hanging around waiting has added pressure to spot rates over the past weeks. The heavy sell-off in the paper market also contributed to the rates slide, which saw capesizes fall to $26,710 per day on November 4, the lowest since June 11, although rates are bouncing back, last quoted at $30,475.

Given the high rates environment, bulker ordering has picked up despite repeated calls to restrain contracting to ensure the healthy rates are maintained. According to Lloyd’s List Intelligence data, 216 bulk carriers have been contracted so far this year, up 22% from the same period in 2020. The biggest segment for orders was in the size range 60,000-100,000 dwt with 104 in total, followed by the 200,000 dwt-and-above category with 41 orders, the data showed.

Earnings also featured heavily this past week, with Norden, Genco, Safe Bulkers and Eagle Bulk all reporting the best quarter in a decade or more.

Danish owner Norden expects a strong fourth quarter, driven by its dry operator unit, although it narrowed its full-year guidance to $150m-$200m from its previous range of $140m-$220m.

Eagle Bulk declared a dividend of $2 per share as it reported record net profit of $78.3m in the third quarter versus a loss of $11.2m in the year-earlier period. The result even eclipsed the company’s best annual result.

Genco expects seasonality to kick in, overall market fundamentals, including a historically low orderbook, to remain supportive (It posted net profit of $57.1m compared with a net loss of $21.1m in the year-earlier period)