With major cargo interests rejecting LNG tonnage and the World Bank taking its case to stop building additional LNG bunkering infrastructure to the IMO, the decarbonising credentials of liquefied natural gas have taken something of a battering of late. This week’s edition offers the counterpoint to that criticism via Peter Keller, chairman of the pro-LNG lobby group SEA-LNG 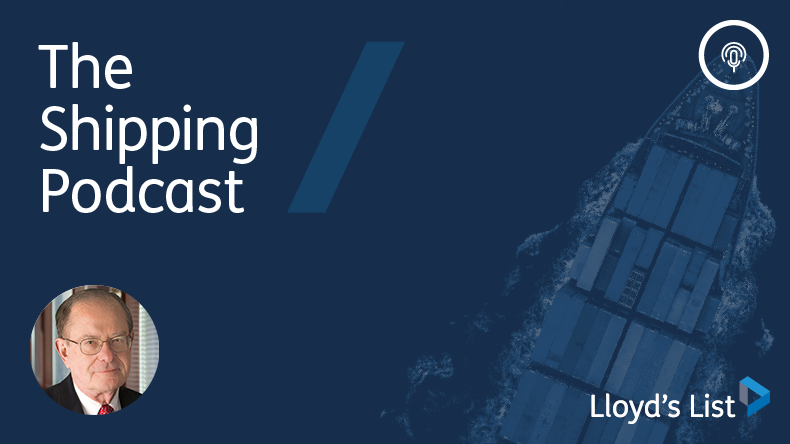 Peter Keller is the chairman of SEA-LNG and the former executive vice-president of TOTE.
Lloyd's List · The Lloyd’s List Podcast: The case for LNG

SCEPTICS may view the national and corporate rush to announce long term net zero emissions goal amid COP26 climate summit as lacking substance. They may argue that net zero is not zero and suggest that the pledges being tossed around like confetti are paper thin.

And they would be right.

The majority of environmental, social and governance policies being bandied around the maritime sector lack substance.

But the growing gulf between the climate promises being made by global consumer brands and the industry’s projected timeline to deliver on those expectations should be viewed as a significant risk for everyone in the business of shipping.

The fact that the likes of Amazon, Ikea and Unilever have stated bluntly that they will not be chartering ships that are not net-zero by 2040 has almost been forgotten, such is the volume of zero carbon pledges over recent days, but the footnote in this pledge regarding liquefied natural gas is worth remembering.

Why does COP26 matter to shipping, and what does the difference between a good COP and a bad COP look like for the industry? This week’s Lloyd’s List podcast explains why progress at COP26 will directly inform the pace of change inside the IMO and why failure will slow investment, undermine the IMO and amplify financial risk for the entire...

This coalition of heavyweight cargo interests explicitly called out LNG dual-fuelled vessels as unacceptable, along with the creative carbon accounting options better known by the name of carbon offsets.

As far as they are concerned, zero-carbon fuel literally does mean zero-carbon fuel. In other words, it must be produced with no greenhouse gas emissions whatsoever on a lifecycle basis, with all safety and land use concerns addressed.

Now, that’s not an isolated move. In April the World Bank specifically recommended countries pull back from investing in further LNG bunkering infrastructure, citing concerns regarding methane slip among several reasons for its anti-LNG stance.

A stance which it has now submitted to the IMO for consideration later this month.

The LNG debate is certainly not a new one, but such high-profile statements have inevitably fired up the LNG lobby, who argue — with some justification — that we should not let the perfect be the enemy of the good.

After all, the alternative of continuing to burn highly polluting oil-based marine fuels while waiting for net-zero supply chains to become a reality is less an environmental strategy and more a case of industrial paralysis.

So given our recent airings of arguments that have challenged LNG’s position in shipping’s future, we felt it only fair to offer the counter-argument.

Peter Keller is the chairman of SEA-LNG, the multi-sector industry coalition advocating for LNG as a marine fuel throughout the entire value chain, and he joins regular podcast host Richard Meade this week to discuss why he thinks the LNG sceptics have got it so wrong.