If COP26 is about moving from aspiration to action, then shipping will need to work out how to scale its R&D funding while managing the financial risk invested in its existing fleet 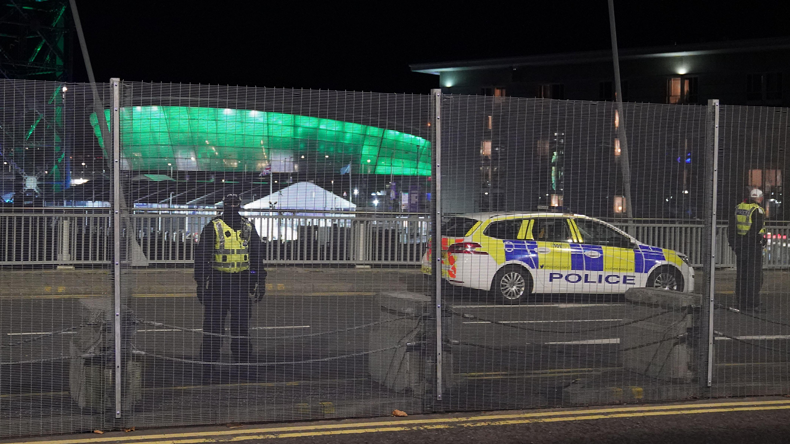 Source: PA Images / Alamy Stock Photo Fenced off: The Scottish Event Campus in Glasgow, where the COP26 summit is being held, is awash with green light; but where's the green cash for shipping?

THE COP26 summit in Glasgow may be awash with green finance, or at least the pledges of green finance to come, but shipping is struggling to attract sufficient investment to scale zero-carbon technology.

In the short term, the industry needs to bridge the gap between aspirational rhetoric and the homeopathic quantities of cash currently scaling siloed pilot projects.

Longer term, clarity is required on the pricing of sustainability risk and how big the carrots and sticks will need to be to make shipping’s accelerating zero carbon transition a reality.

Having corralled the big banks, insurance companies and asset managers, Mark Carney, the former governor of the Bank of England and now the UN special climate envoy, this week issued an eye-popping pledge of $130trn in commitments.

Whether such figures can claim credibility, or how such commitments will translate into tangible action, remain to be seen.

Maersk, Amazon, Trafigura and Fortescue Metals Group have joined an initiative meant to secure big orders to spur demand for future fuels in hard-to-abate industries such as shipping, steel, cement and aviation

For now, the $130trn is not actual funds committed, nor is it in line with net zero or the Paris Agreement. Current estimates of actual private climate finance were closer to $340bn last year, according to one major NGO study — that’s 1/380th of Mr Carney’s claim.

However, the sums do at least offer some hope that private sector money will start to fund investments in green energy and other sustainable business activities.

Later today, shipping industry leaders will collectively sound a warning that lack of investment in developing green technologies is the biggest threat to achieving decarbonisation targets.

The push is designed to build momentum behind the creation of the ‘IMRF’ $5bn R&D fund being touted later this month at the International Maritime Organization’s Marine Environment Protection committee.

The high-profile push from industry big hitters will essentially argue how critical a funding mechanism for global R&D is and demand government representatives at COP26 to pressure IMO states to agree the fund proposal on the table at MEPC.

It is an effort created on the industry’s own terms with widespread support, but even with political backing secured in Glasgow, the fund would take at least two to three years to work its way through the IMO machine and kick in. The COP26 showcase is also therefore also a case of using the political spotlight to chip away at the current reluctance exhibited by some quarters of venture capital to invest in shipping.

Seed funding for zero carbon pilot projects is easy enough to come by, but significant financial backing to scale pilot projects remains scarce amid an, as yet, undetermined regulatory framework to support growth and de-risk investment.

Pilot projects with proven tech and written commitments from owners are stalking the halls of COP26 in search of funds to scale operations, but with very little appetite for shipping on show.

While green lobby groups will no doubt raise concerns that the industry’s R&D fund is a mere splash in the ocean of the required effort required to decarbonise shipping at the pace being pledged by political leaders this week in Glasgow, there is at least now a sense of momentum behind the calls to action.

The basics are at least now largely undisputed. Industry leadership, collaboration and early-stage investment from both the private and public sector is critical to kick-start the transition and reduce costs and risks.

The introduction of the First Movers Coalition this week, which also include heavyweights such as Maersk, Trafigura, Boeing and Fortescue Metals Group, has been widely anticipated as a landmark moment in aggregating demand to drive the uptake of fuels such as green hydrogen and ammonia.

The deal, pushed by US climate envoy John Kerry and announced at the COP26 climate summit in Scotland, follows initiatives by big charterers, and by retailers such as Amazon to secure big orders so fuel producers have a market to supply.

Pledge to cut methane emissions 30% by 2030 could benefit LNG as ship fuel, according to its industry lobby group. But it could also add production costs

The challenge now is to move from the “bankable commitments” being made and turn them into something much more tangible. Signalling demand is one thing, but translating that into tangible investment is a hurdle the industry is yet to overcome.

Pledges alone do not alter the fact that firms have little reason to invest the multi-billion dollar sums required in green technologies that still have mediocre risk-adjusted returns.

While the COP26 focus in on funding the fuels and infrastructure of the future, there is a growing concern in some quarters that not enough attention is being paid to funding the transition of the existing fleet.

Debt equity for green finance is plentiful, but it is increasingly scarce and expensive for the existing fleet worth in the region of $1.8trn. Some argue that debt equity for shipping is approaching crisis levels and given the tightening noose of ESG financing, as described by shipping’s flagship climate finance programme the Poseidon Principles, the availability of finance for existing ships is only going to become harder to come by.

The largest investments will be associated with land-side assets, but the investments required to ensure the fleet of ships are able to use scalable zero emission fuels are significant and these will not be limited to the financing of newbuildings, but also require significant expenditure on the existing fleet via retrofits.

If you can’t service the debt for the existing fleet, finding the equity to invest in the next generation of greener vessels is problematic to say the least.

Recent studies like the Global Maritime Forum’s ‘Strategy for the Transition to Zero-Emission Shipping’ point to the likely reality that retrofitting is going to be by far the most important capital expenditure over coming decades as owners and financiers try to balance fuel flexibility and financial risk.

Ultimately the market will determine the employability of the fleet, but if cargo owners make good on the recent flurry of promises not to employ vessels failing to meet emissions standards and banks follow suit in terms of financing, the virtuous circle is complete. Outcomes are determined not by equations, but by the interplay of actors and their actions.

The market should also determine how big the financial carrots on offer for those who stay on the right side of the accelerating zero carbon timeline are, and how big the stick will be for those failing to keep up.

Right now, neither the carrots nor the sticks are particularly large or onerous in terms of cost and availability of capital, but there is an inevitability to the acceleration of these market tipping points and the financial outcomes for shipping.

The tightening noose of ESG

Those inside the Poseidon Principles, which provide a framework for integrating climate considerations into lending decisions to promote international shipping’s decarbonization, have been clear that their targets will accelerate to net zero emissions by 2050.

The net zero commitments by banks and investors mean that their capital will be directed into the net zero club of shipping businesses.

Ultimately climate change is becoming the filter through which investment is being considered, so there will be increasingly less capital for those industries and assets exposed to carbon risk.

The only question is the pace and the uniformity of the decisions ahead.

COP26, and the proceeding litmus test of its success inside the IMO later this month, are effectively an opportunity to prevent the regulatory confusion that could delay rather than accelerate private sector investment.

It could support industry scale decarbonisation via nation state actions and clear targets for domestic shipping and well as meaningful market-based measures to take effect by 2025, making the ordering of zero emission vessels the default choice no later than 2030.

“There’s no choice now, and it’s not just a question for the coalition of the willing,” Michael Parker, global head of shipping, logistics and offshore industries at Citi and a key architect of the Poseidon Principles, said in an interview due to aired on Lloyd’s List next week.