Second hijacked tanker has been anchored off Bandar Abbas since October 25, according to New York-based United Against Nuclear Iran 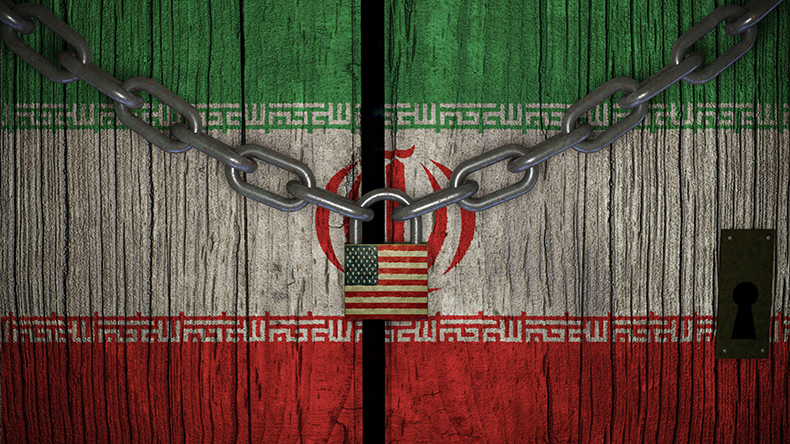 Source: Alexander Sanchez / Alamy Stock Photo Tensions are rising yet again between US and Iranian defence forces in the Straight of Hormuz.

IRANIAN forces have seized a Vietnam-flagged tanker that is strongly suspected to be aframax tanker Sothys (IMO: 9253064), based on reports from the Associated Press news agency and analysis from United Against Nuclear Iran.

Two US defence officials told AP that the tanker was taken on October 24 and that Iranian forces still held the vessel.

At the same time Iran media reported its forces had thwarted US attempts to seize Iran oil off another tanker in the Oman Sea.

The reports reflect rising tensions yet again in the region, after Iran was blamed for a fatal drone attack on Zodiac Maritime-operated product tanker Mercer Street in the same area on July 29, an incident which killed two crew.

UANI said the seized tanker was likely the Sothys, a vessel that has been engaged in subterfuge, US-sanctioned trading of Iranian and Venezuelan crude since its purchase in May 2021 by Hanoi-based OPEC Petrol Transportation Co Ltd.

The tanker has signalled its location at Bandar Abbas on the southern coast of Iran since October 25 and has substantial gaps in its vessel-tracking system off Fujairah and Oman since the sale, suggesting a significant role in sorting seaborne logistics to Asia via ship-to-ship transfers and storage of Iranian oil.

The Sothys took on its cargo of Iranian crude in June from very large crude carrier Oman Pride (IMO: 9153525), according to UANI.

The Oman Pride was then abandoned by its owner, Omani oil broker Mahood Amur Al Habsi, with both subsequently sanctioned by the US on August 13.

The tanker is anchored next to another hijacked tanker, Guyana-flagged aframax tanker Winsome (IMO: 9192260) which UANI said was hijacked in August.

The Winsome is not signalling its location at Bandar Abbas, but many vessels engaged in subterfuge trading are known to spoof their location to cloak their activities.

US forces observed the Sothys seizure but did not confront the Islamic Revolution Guard Corps naval force, the AP report said.

Iran’s semi-official Press TV said that the US military had confiscated an unspecified Iranian tanker in the Sea of Oman, and that the IRGC navy gained control of the vessel via a heliborne operation, landing on the ship’s deck.

“US forces then proceeded to chase the tanker using several helicopters and warships, but their attempt at taking over the vessel for a second time was thwarted again by Iranian naval forces,” the report said.

“The tanker is currently in Iranian territorial waters and under the protection of IRGC’s Navy.”

Such back-and-forth retaliatory action has been seen over the past five months as the US has failed via diplomatic means to see Iran’s newly elected government return to Vienna for a fifth round of stalled talks with European leaders over its nuclear program.

The diplomatic impasse has played out in the Hormuz Strait and Gulf of Oman with a series of vessels and cargoes taken by both sides over the past 18 months.

Braemar plans to double size in next few years