Concerns raised by shippers over opaque US port fees

Charges for detention and demurrage are of primary concern to shippers, the FMC heard in the first meeting of its National Shipper Advisory Committee 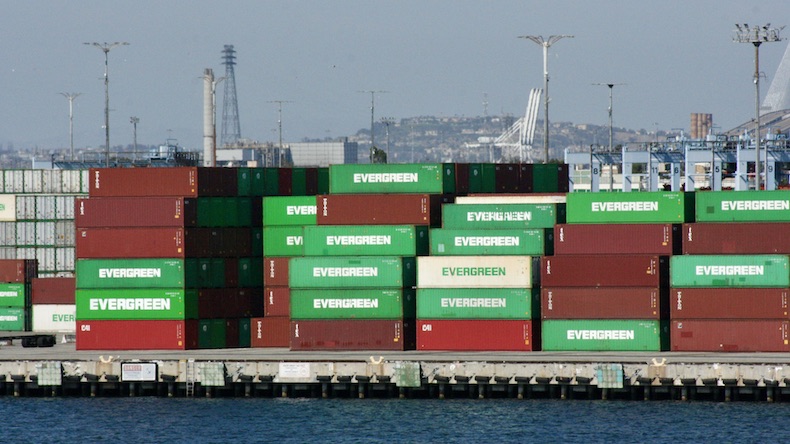 Source: © Eric Watkins / Glamma Productions The boxes are six high in the Port of Los Angeles.

DETENTION and demurrage charges are of primary concern to US shippers, the Federal Maritime Commission heard in the first meeting of its National Shipper Advisory Committee.

The committee is a federal advisory body mandated to provide the FMC with “information, insight, and expertise” concerning conditions in the ocean freight delivery system.

Comprised of 12 representatives of companies who export cargo and 12 who import cargo, it met this week two days after the ports at Long Beach and Los Angeles announced plans to impose financial penalties on ocean carriers for import containers that dwell too long at marine terminals.

Dylan Richmond, the committee’s designated federal officer, said the FMC has “some ideas on topics” and hoped to tap the “thoughts and expertise” of committee members, who include Amazon, Walmart, Target, Office Depot and Ikea.

He said the specific topics largely came down to information sharing and transparency among supply chain actors, cargo fees, and current observations of the supply chain.

Mike Symonanis, North America logistics director for Louis Dreyfus, said the congestion, the delays, and the disruption currently experienced at US ports has a “consequential impact” for exporters.

“If three vessels are six days apart when they are normally 21 days apart, how soon does somebody see that and how, and where does it go from green to yellow, to red?” he asked.

Gabriel Rodriguez, president of A Customs Brokerage, drew a direct connection between the lack of data and the imposition of fees for detention and demurrage. He spoke of the difficulty of getting something “as simple as” an accurate estimated time of a vessel’s arrival from shipping lines.

“As a customs broker, I call up steamship lines all the time and ask for arrival information” but is often told that the shipping line is under “no obligation” to give out that information, instead calling it a “courtesy”.

The estimated time of arrival of a ship is “a very useful piece of information” in order to start planning and analysing “what one does” in the import process, he said.

The FMC needs ‘rapid access to the perspectives of importers and exporters on the ground dealing with the realities of ocean shipping every day,’ chairman Dan Maffei says

His recommendation to the FMC is to change information about ETAs from being a “courtesy” to being a “requirement” of shipping lines.

The lack of accurate data feeds into other problems surrounding detention and demurrage charges, according to Joshua Woods, director of transportation and warehousing operations for Blue Diamond Growers.

“The one thing about about detention and demurrage is the lack of data. So right now the burden of proof really stands on the shoulders of the BCO to prove whether it is accurate or not,” he said. “I think that in order for us to be able to say that we should or shouldn't be paying these penalties or these fees, we have to have the data behind it and we just don’t.”

Even as the NSAC met, a US trade group representing companies selling luggage, backpacks and other travel products demanded stronger action from the FMC in a letter to President Joe Biden.

The Travel Goods Association said that the FMC has conducted “numerous inquiries” on excessive and unjust fees and on unreasonable policies and practices.

It called for “enforcement actions” to bring the “scourge” of excessive fees and unreasonable carrier practices to an end.

US regulator to begin auditing alliances