Tom Bowsher says club members will be asked for much more money at next renewal, with club willing to lose business if push comes to shove

‘I don’t think we’ll be one of the smaller general increases, but my prediction is there will be other clubs in and around where we are,’ says marine mutual chief 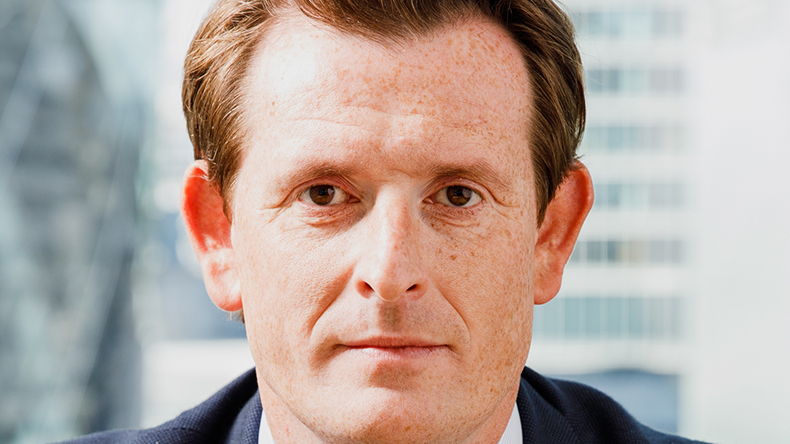 Source: West of England Bowsher: ‘No one likes to see premium increases. It’s not something we take any enjoyment from. But we feel it was the right thing to do.’

West of England P&I Club has defended its move to seek a 15% increase in premiums next year, citing the need to address an erosion in real terms pricing over the last period, which has left almost all clubs losing money on underwriting.

Club chief executive Tom Bowsher was speaking on the latest edition of the Lloyd’s List Shipping Podcast, which also includes broker Mark Cracknell of Marsh making the case that general increases are unnecessary and should essentially be regarded as an anachronism.

West of England’s combined ratio for 2020/21 was 140%, which means it was incurring $7 in payouts and expenses for every $5 it took in in premiums.

That translates to an underwriting loss of $80m. When result was released in May, Mr Bowsher described it as “not very good”, with the caveat that the club had seen bad luck in the shape of four pool claims from its entered tonnage.

As mutuals, P&I clubs are not forced to maximise profits in the same way as private companies. But obviously they cannot lose money indefinitely and stay in business.

“There is an under-rating in the market. There are various views on what the under-rating is, various percentages are thrown around,” Mr Bowsher said this week. “But it is quite evident from the performance of the group as a whole.

“When you look at the average combined ratio across all clubs and the development of that over the past five years — that it is only going in one direction. We feel we need to take robust and decisive action at this renewal.”

The management’s strategy has been signed off by West’s board of directors, which is made up of shipowners, when it met last week.

West is the first of the 13 International Group affiliate clubs to declare its intentions for next 20 February, leading to some discussion in P&I circles as to whether its 15% increase sets bar for the others to match.

Mr Bowsher stressed that other clubs obviously make their own decisions and declined to speculate whether they would be influenced by West’s stance.

“No one likes to see premium increases. It’s not something we take any enjoyment from. But we feel it was the right thing to do and that’s what we’ve done. It’s never the easiest being the first out, because no one has anything to gauge it on. It could be that we are out of line with the market, it could be that we’re firmly in line or if not, one of the smaller GIs.

In any case, clubs which don’t impose a formal GI but seek to bring in money by charging individually are often less flexible in negotiations than clubs that put their cards on the table from the outset, Mr Bowsher contended.

He stressed his respect for Mr Cracknell’s views against GIs — which are due for publication imminently in a position paper from Marsh — but insisted that many if not most clubs will be unveiling GIs this autumn.

Attritional losses, excluding the pandemic and frequency of claims are both under control and can be forecast accurately, without real risk of spikes. The biggest problem for clubs right now is the severity of large losses.

“If an owner has a large loss, whether it be a pool claim or one that is within retention but significant, what Mark is essentially saying is that that member should pay for their claims and others shouldn’t. But the mutuality system has worked for so long in that we share the burden of risk. It actually overall keeps rates down.

“Sharing of larger losses allows records to recover and owners to pay a certain amount without being overly penalised.”

Five years ago, the average International Group combined ratio was 98%; as of last year it stood at some 121%. If Mr Cracknell’s suggestion that clubs are over-reserving is correct, they should be “releasing fat”, as Mr Bowsher put it.

But clearly this isn’t happening, which is leading to an erosion of the capital position of most clubs.

‘We accept our result is not very good,’ says West chief. ‘Last year was one of the worst pool years on record and we had 20% of the pool claims, which for a club of our size is pretty unlucky’

So far, the clubs have enjoyed the cushion provided by strong investment returns. But with interest rates likely to move upwards as central banks respond to inflation fears, investment returns could fall sharply.

If they drop to around 1% or 2%, they would not cover underwriting losses for many clubs, which would then have to eat into free reserves.

“It’s not unusual for clubs not [so much] to over-reserve as to have some prudence in the numbers. If we didn’t have prudence, we would fall foul of solvency requirements.”

Mr Bowsher was also clear that West will stick to its guns when it gets to the meat of the renewal round negotiations early next year, even if that means parting company with some owners.

“We showed last year we would derisk. We said goodbye to 7.5m gt of business last year at the renewal, $12.5m of premium. The average combined ratio in the aggregate of those accounts was over 190%. The people listening to this podcast will come to their own conclusions. If the industry is losing money, is that a time to grow or not?

“The jury’s out on that one. Some would say grow when the market’s weak and correct it later on. Others would say, the under-rating has been going on for so long, to grow in a market that is as much as 20%-25% under-rated is not sensible.

“I don’t want to see members go [but] it is a very small proportion of our club. We insure over 360 owners and we said goodbye to 12 or 15 last year. We owe it to our other members and the mutual system to get the rating right.”