My View
Tags:
International From the News Desk Containers

This week in supply chain chaos 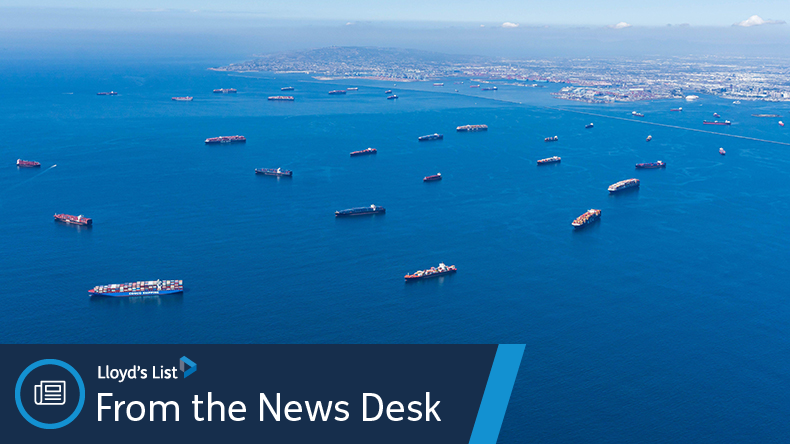 Source: Sipa US / Alamy Stock Photo A record 100 ships of all types were at anchor or in holding areas outside the Ports of Los Angeles and Long Beach on October 18.

Hundreds of containerships are stranded outside ports waiting for berths and bringing empties back from North America to Asia continues to be an “absolute nightmare,” particularly at the UK port of Felixstowe, Janet Porter writes.

So bad was the problem that Maersk has requisitioned ships to pick up empty containers piling up in northern European ports and take them to Asia via the Mediterranean.

Cascading congestion has made its way from containers to reefer trades.

But while congestion is bad in Europe southern California is even worse, prompting US President Joe Biden to announce Los Angeles port would operate round the clock.

That announcement — suggesting that longer operating hours could be a quick fix to a complex problem — added to a feeling that high freight rates would finally fall, with shares in China’s Cosco Shipping Holding plunging on Friday despite eye-popping quarterly earnings at the world’s third-biggest box carrier.

This, Cichen Shen writes, is far from guaranteed.

With coal and oil use rebounding, the International Energy Agency has warned investment in future fuels to decarbonise the economy is nowhere near fast or deep enough.

Worries are growing that whatever the fuel of the future (Höegh Autoliners chief executive Andreas Enger, for one, reckons it’s ammonia) the world needs a lot more green hydrogen to make them.

The Lloyd’s List View: The shipping industry has evolved just-in-time supply chains so well as to render itself nearly invisible to the public. Now, when things are going wrong, it should not be singled out for political attack because things are temporarily going pear-shaped.

Listen Out: On the podcast this week we have Lauren Sung and Lucas Kuo, of US-based non-profit C4ADS, plus BIMCO head of security Jakob Larsen, to talk subterfuge shipping and compliance risk.

Don’t miss: After mass lay-ups last year, the niche car-carrier market is turning heads with sky-rocketing rates and a booming orderbook worth between $4bn-$6bn, while the long-suffering project cargo sector is enjoying hot markets, new orders and a slice of the box boom.