How has shipping changed after 25 years of digitalisation?

Shipping industry leaders are a conservative bunch, who are still treading cautiously when it comes to investment in digitalisation. For many, the benefits are huge, but for some the jury is still out

Development in the digital space has been rapid: it’s accepted in unlikely places. The need now is standardisation of infrastructure and collaboration among industry players and software providers 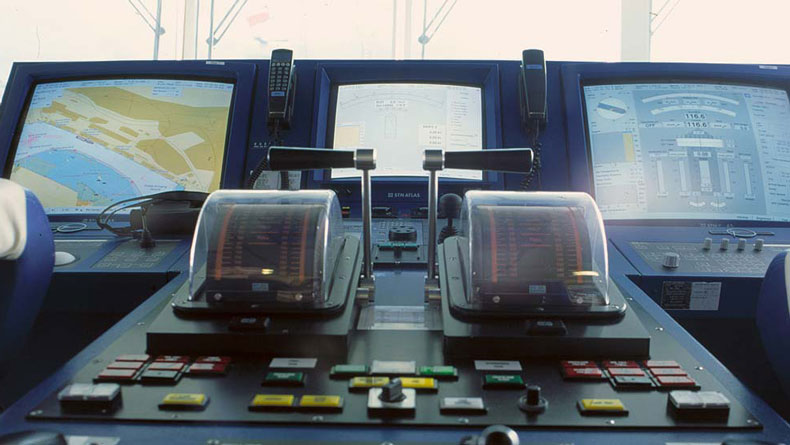 The advent of Ecdis is generally seen as the beginning of e-Navigation, seen by some as having the potential to fundamentally affect ship operation.

THE shipping industry is increasingly comfortable with digital solutions such as performance monitoring, artificial intelligence, remote surveying, and automation.

However, many shipowners are watching and waiting. It’s a good time to assess the impact of digitalisation.

What we now call digitalisation in shipping probably began with the advent of Global Maritime Distress and Safety Services and Inmarsat C in the late 1990s and early 2000s but the real breakthrough came with mandatory automatic identification system (AIS) in 2002.

The arrival of commercial subscription services a few years later, which showed vessel positions, meant that for the first time ship operators could see where their competitors’ ships were. This brought advantages during fixture negotiations.

Initially the services were restricted to detailing the position of ships relatively close to shore but the commercial value of subscriptions soared when satellite AIS gave almost global coverage.

At an operational level, electronic engine management and sensor technology were combined to allow equipment manufacturers to monitor the condition of engines. As data accumulated, they began to predict problems at a very early stage. This enabled condition-based maintenance as opposed to fixed interval overhauls.

Next came third-party software for performance and fuel consumption monitoring, while simultaneously calculating the impact of weather, currents, ship trim condition, and speed. Feeding the data to the bridge allowed officers to adjust operating parameters as appropriate.

Before long, these software products were able to make use of satellite connections to send the information to shore as well as the bridge, which led to the development of fleet efficiency programmes and intervention from shore personnel.

The 2000s also saw the advent of the electronic chart and display information system, Ecdis, and by 2018, most ships above 3,000 gt and many smaller ships were obliged to have the system on board. This is generally seen as the beginning of e-Navigation, seen by some as having the potential to fundamentally affect ship operation by the imposition of ‘just-in-time’ arrivals and an authoritarian control of ship speeds and operation.

In the area of ship classification, inspection and development digitalisation is playing a significant role. Most class societies and many independent organisations make extensive use of digital twins to develop new designs and to aid in understanding how modifications will impact performance and safety of ships and equipment.

It is believed digitalisation is easier to introduce in organisations that have large fleets where the amount of data is extensive and the workload on superintendents more intense than it is in small organisations running five or 10 ships. That is because the return on investment is greater and easier to quantify.

However, as the pandemic restricted travel, class societies have learned to conduct surveys using nothing more sophisticated than the latest 4G mobile phones complemented in some cases by drones that recorded and transmitted images and data of parts of the ship directed by a surveyor sitting thousands of miles away.

Digitalisation is expanding into new areas such as hull coatings. Large amounts of data have already been generated by Jotun’s Hull Performance Solutions.

Even though digitalisation has already had a positive impact, there are real issues to overcome.

“Market insecurities, access to quality data, and difficulties choosing between the many solution providers appear to be holding back investments,” he said, adding that there is a need for “infrastructure standardisation” to enable companies to fully leverage digital solutions and services.

It’s also important for digitalisation to deliver real savings to ship owners and operators. For that to happen, companies need to understand what is useful and what is not.

A survey carried out late in 2020 by Informa Engage on behalf of Inmarsat highlighted that 58% of respondents expected digitalisation to deliver savings below 10% — significantly less than what is sometimes promised.

The results of the survey were presented in a document entitled Digitalisation Uncovered: What’s next for shipping? along with commentary by industry experts. The general consensus was that progressive owners are embracing digitalisation but the majority are content to wait.

“Maritime and offshore industries are traditionally conservative but there’s growing pressure to comply with stricter environmental regulations and a need to control costs and improve efficiency in competitive markets.

“With this in mind,” he said, “we believe technologies like the Internet of Things, big data, automation, and robotics will grow in importance and will lead to significant changes, altering the way companies work, creating new models and so on.

“It will not happen overnight but we’re already seeing a willingness to change and an openness to try new technologies and digital systems.”

In a recent paper, Martin Stopford of Clarksons Research points out that shipping has been slow to adopt some of the transformative technologies deployed by other transport modes, but smart shipping has the potential to deliver improved performance in every part of a ship owner’s business and help the industry become more efficient.

Lloyd's List explores the benefits and challenges of digitalisation in maritime in a webinar, ‘What price smart shipping’ on October 28. To register for this event click here

Performance management must be accurate and affordable

Inmarsat transforms connectivity to bring in the digital age