An energy crisis in Europe and Asia has led to the need for increased imports of liquefied natural gas to replenish depleted stocks, which in turn has propelled freight rates to the highest levels since January

All routes are above $100,000 per day, according to the Baltic Exchange. The biggest gain has come from the Australia-Japan voyage, which is edging closer to the $200,000 mark 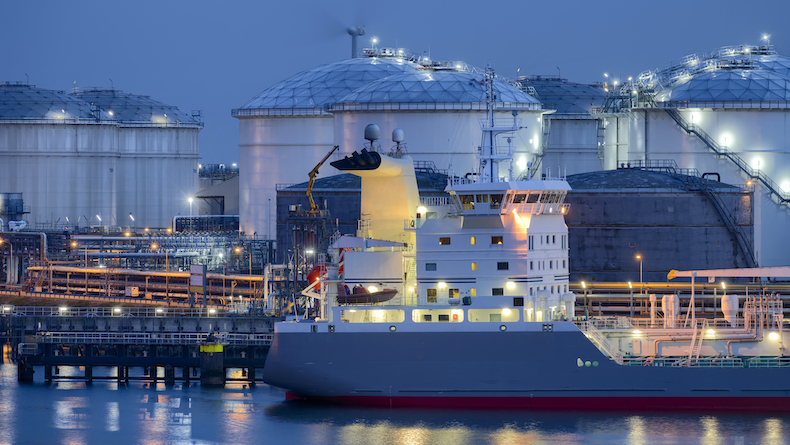 The Baltic Exchange’s LNG index surged to 12,826 points, its highest level since January 29.

CHARTER rates for liquefied natural gas carriers have spiralled upwards given an energy shortage in key consuming nations, which is triggering import demand ahead of restocking for the winter.

The frenzy to buy cargoes so as not to be caught short has led to a tightening of tonnage availability.

“The market is sentiment-driven, and will be a lot tighter going into the winter months,” said Eero Vanaale, of Braemar ACM's LNG market research team, with low availability of modern ships seen through much of the second half of this year.

Charterers have been willing to pay more for freight, which is a small component, given that the cargo value is approaching $90m-$100m, Mr Vanaale said. He added that the forward curve was showing a strong arbitrage between basins.

Jefferies said that spot LNG shipping rates were counter-seasonally higher during the summer and had “remained robust” as inventories had been “meaningfully reduced” in Europe and Asia, which had led to strong demand ahead of the winter months.

“The northeast Asian spot price for LNG is over $35 per mmbtu [million British thermal units], up 600% from last October, and we expect demand for LNG will remain high in the coming months, especially if winter weather is colder than expected,” the investment bank said in a shipping roundup.

Toby Dunipace, head of gas at brokerage Simpson Spence Young, said: “With a very volatile LNG environment (and bullish sentiment across the wider energy complex) due to global commodity shortages, we have seen record breaking LNG prices since the end of September into early October

“Combined with upstream production issues, which have been seen globally in the US, South America, Norway, West Africa and Asia, as well as the increasing likelihood of a cold winter according to the Japan Meteorological Agency, the shipping market has tightened significantly,” he said. “Plenty of tonnage has been absorbed internally into re-let portfolios in the face of strong prompt demand.

“As a result, shipping options are fewer, with players offering length at high prices to justify chartering out. Equally, demand for the most efficient and bigger vessels is very high due to their low boil-offs, particularly for longer tonne-mile voyages to the Far East, but these vessels are few in availability so are commanding very high levels, which are expected to still grow.

“Simply put, the lack of freight in the face of strong demand is the main driving factor.”

Shipping can help Britain keep the radiators on

Imports of LNG down 75% as UK energy crisis deepens