A bigger picture on autonomous ships


In anticipation of the evolving regulatory agenda, classification society ClassNK in recent years has prioritised laying the groundwork for autonomous ship development 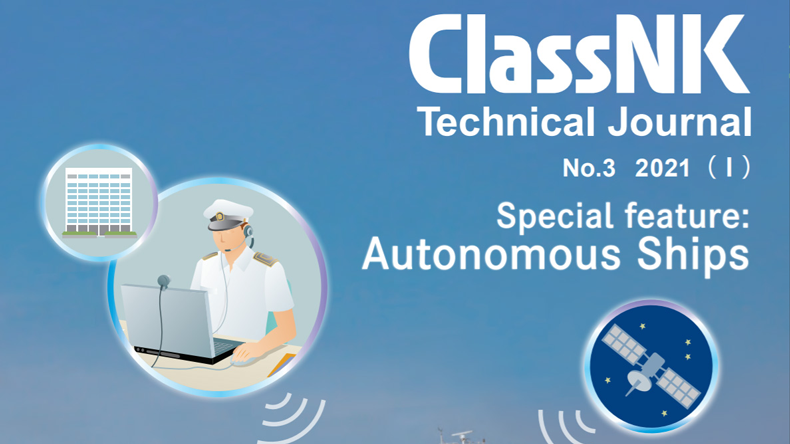 WORK to develop a regulatory framework within which autonomous ship technology can operate is well underway at the International Maritime Organization, with multiple submissions heard on the topic at the 104th session of the Maritime Safety Committee, October 4-8, 2021.

Many will also be aware of the extensive developments that have been going on around the world to advance and test autonomous ship technologies, with a number of sea trials already having taken place involving various degrees of autonomy.

However, the IMO’s regulatory voyage may be a long one. With one part of the discussions focusing on redefining the roles of the master and crew, another is still painstakingly reviewing terms of reference for degrees of autonomy.

In anticipation of the evolving regulatory agenda, classification society ClassNK in recent years has prioritised laying the groundwork for autonomous ship development, releasing its provisional concept design guidelines in 2018. In January 2020, the society published full guidelines for the design and operation of maritime autonomous surface ships (MASS). 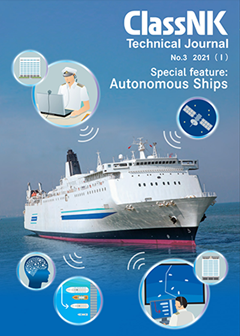 New insights into this dynamic part of the maritime industry are included in the most recent ClassNK Technical Journal (No.3, 2021 edition), with contributions from key shipowning, shipbuilding, equipment and academic stakeholders involved in autonomous ships. Focusing on systems development, this is the first of a two-part exploration of autonomous ships from ClassNK, whose Technical Journal No.4 (scheduled for December 2021) will concentrate on technology evaluation, including risk assessment.

In a thought-provoking section contributed by Mitsui OSK Lines to edition No.3, the role of autonomous ship technology is considered for its potential to improve safety and reduce the workload of seafarers. The case for this position is supported by tests in quay-to-quay autonomous navigation, using ships in commercial service run by the consortium.

The study introduces collision risk indices as one basis for standardisation, and a ‘collision risk area display system’ which can support safe navigation by ship captains and navigation officers.

A separate project, involving Osaka Prefecture University, Japan Marine Science, MTI and Japan Radio, evaluated AI and its application to a navigation simulator, taking into account its use in an actual ship experiment conducted in Osaka Bay.

Also focusing on practicalities is a Mitsubishi Shipbuilding/Nippon Foundation project to deploy AI, image processing and cloud-based technology on a large ferry, to test and verify unmanned ship operation.

Another initiative, run by Mitsui E&S Shipbuilding and Akishima Laboratories (Mitsui Zosen), is focusing on a ferry project to develop a manoeuvring system to support autonomous ships, involving the use of an in-port manoeuvring control system incorporating the explained approach manoeuvring control and berthing control functions.

ClassNK is associated with many of these projects in an advisory capacity, but the society — in its latest Technical Journal — also contributes its own observations on development projects for autonomous ships. It offers considered views on how to evaluate the safety of technologies related to autonomous ships from the standpoint of a classification society, as well as providing insights into the initiatives of the ClassNK Research Institute.

ClassNK Technical Journal (No.3, 2021 edition) is available for download here.