Private equity exits box shipping on a wave of liquidity

‘When the window is open, you’ve got to look at getting out’

The huge increase in container shipping asset values has given investors a rare opportunity to leave the market on a high. And with box shipping set to return to normal at some point, there is little opportunity for speculative acquisitions 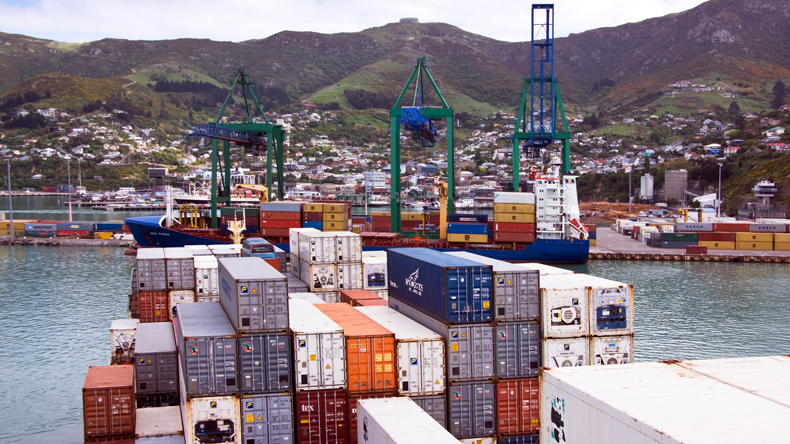 Source: John Rendle NZ / Alamy Stock Photo Containership values have soared as carriers seek to get their hands on capacity.

PRIVATE equity investors are going through a rare period of liquidity in the containership sector and many are taking the opportunity to exit the market.

Containership asset values have soared over the past year as box lines have sought to get their hands on any available capacity to meet cargo demand.

Congestion and delays have removed a large amount of capacity from the market, exacerbating the shortage of tonnage.

Vessels that only a year or two ago were trading at little above scrap value are now selling at multiples of their previous valuations.

For non-operating owners that has also meant skyrocketing charter rates on top of rising asset values, which itself has driven more carriers to look to buy instead.

With the high freight rates a ship can secure in the current climate, paying over the odds for tonnage can be more profitable than chartering the same vessel.

But for private equity, the feeding frenzy marks another sort of opportunity: An exit door.

“These are not the most liquid of assets,” AMA Capital Partners managing director Peter Shaerf told Lloyd’s List. “The enhanced activity in this sector has given private equity the liquidity to get out.”

In a normally illiquid market, the carrier buying activity was an opportunity not to be missed.

“When the window is open, you’ve got to look at getting out,” Mr Shaerf said.

Despite the rapid increase in prices over the past 12 months, many investors would be exiting with only marginal gains, he added.

“If you entered in 2015-2016 and are coming to the end of the five- to seven-year holding period, your returns will be not as dramatic as the price move from last year to this year, because you had so many down years of low earnings,” he said, adding the internal rate of return on many investments would be “in the low single digits.”

For those with an investment timeline beyond the current crisis, there are also fears of what will happen when the container shipping sector reverts to the mean.

“Shipping has traditionally been cyclical and we’ve had this endogenous shock that has upset the apple cart in a positive way,” said JP Morgan Asset Management global transportation group chief executive Andrian Dacy.

Speaking in a recent webinar, Mr Dacy said that while container shipping was going through a “perfect storm”, there were clouds on the horizon.

“The signs are that the US economy is weakening a little bit,” he said. “Is the world that dramatically different than it was in December 2019. Yes, in that we’ve been through coronavirus, but economically it isn’t that different and we weren’t experiencing these kinds of container rates then.”

Current rates were artificial and would work their way through the system, he added.

“Not long ago, we had a  huge overhang of orders that got delivered in the 2010-2020 period,” he said. “That was a really dismal period and a lot of private equity went in. The returns were not great.”

He is concerned that with their windfall profits, the carriers’ recent return to the yards may lead to overcapacity again.

“When an industry that is not that big generates a lot of excess cashflow, where does that money go? If it all then piles back into buying new ships, then you will get a capacity issue. All this cash being made now is the thing that worries me the most.”

That is among the issues that make it unlikely for there to be any new private equity investment in the sector for some time.

“No one in the private equity or investment community is going to rush to invest in container shipping right now,” Mr Shaerf said. “There may be some speculative buying, but my sense is that prices have run too high.”

That being said, charter rates are still high and there is money to be made for those who remain in the business. The good times in container shipping are likely to last throughout 2022, and possibly longer.

Mr Dacy, however, warns against speculating now. “Buying containerships now is heady business that could potentially hurt you,” he said.