A 50% reduction in shipping greenhouse gas emissions by mid-century was never a credible ambition. Lethargic progress towards a lacklustre goal is simply no longer tenable 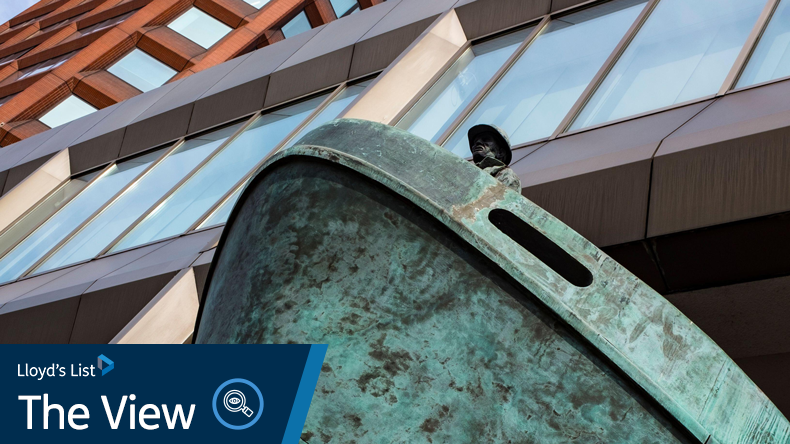 Source: deadlyphoto.com / Alamy Stock Photo The IMO itself is not an agency capable of administering billions of dollars of climate funds.

THE International Maritime Organization’s decarbonisation goal — a 50% reduction in greenhouse gas emissions from shipping by 2050 compared with 2008 — lacked credibility when it was established three years ago.

Since then, the debate has moved on so rapidly that lethargic progress towards an anyway lacklustre target is simply untenable.

With flash floods now devastating Belgium as well as Bangladesh and forest fires torching some of the wealthiest suburbs of Los Angeles, first world governments are finally getting a move on in the fight against climate change.

Meanwhile, official research from the IMO last year shows that shipping’s greenhouse gas output continues to rise. That should be a badge of shame.

The political and commercial consensus is now such that our industry can no longer sit at the back of class and hope teacher does not notice it has not handed in its homework.

With a clear majority of IMO member states seeing net zero as imperative, backed in principle by even the most conservative end of shipping opinion, it’s time for official endorsement of net zero.

To get there by mid-century means effectively doubling down on current objectives.

That’s a big ask, but not impossible. Just look at the challenges facing our peers.

Fossil fuel — arguably the most politically influential industrial sector of all — will essentially have to achieve its own abolition. Agribusiness must somehow curtail what we shall delicately call bovine flatulence, which produces more and worse greenhouse gases than all transport modes put together.

Yet most of the environmental, social and governance policies bandied around the maritime sector right now lack substance.

The ‘burn now, pay later’ mentality from those seeking to slap an unconvincing coat of greenwash over business as usual has so far been allowed too easy a ride in the absence of regulatory frameworks.

The creation of market-based measures to expedite uptake and deployment of zero-carbon technologies and fuels has realistically only seen the opening salvos fired in what promises to be a long war.

Let’s not forget that back in 2013, when market-based measures were last on the table, the IMO debate spectacularly imploded, as climate economics created a schism between developed and developing nations.

Not enough has changed in the intervening years to instill any confidence that history won’t be repeated.

Technology has an important part to play, and there are realistic prospects of getting carbon neutral vessels on the water by the end of the decade. But this is ultimately a climate finance battle, not an engineering problem.

A global system of carbon taxes or a levy, with some form of redistribution to ease the pain inflicted on the poorest, while obvious and necessary, will not be agreed easily.

For the IMO, there is also the added question of who controls those funds once they are agreed. The IMO itself is not an agency capable of administering billions of dollars of climate funds.

The World Bank is already eyeing the opportunity, and if it can ensure that the money is ring-fenced to shipping, would seem to have the more apt skill set.

It will also be essential to adopt a tough mid-term measure, adopted around 2023, to close the price gap between fossil and green fuels by 2030.

As the UK prepares to host the COP26 climate summit next month, debate in this country, already heightened by the antics of the Insulate Britain protests, can be expected to intensify further still.

Meanwhile, the majority of shipowners await regulatory clarity and available zero carbon infrastructure before taking strategic and investment decisions in which it is their money on the line.

This is why setting a target is so much more than a gesture. Formal IMO espousal of net zero will provide an explicit signal to all parties across the maritime value chain that the transition is non-negotiable and irreversible.