Risks and opportunities of keeping US tariffs on Chinese goods

High inflation will cut into spending and raise the risks of stalling US demand. Freight markets will react, even in expectation of that

US tariffs at a time of high domestic inflation raise the risk of stalling box shipping demand. But the decision to keep hold of China’s commitment to buying US goods would support shipping volume for grains and energy products in the fourth quarter. Crude oil may be an exception 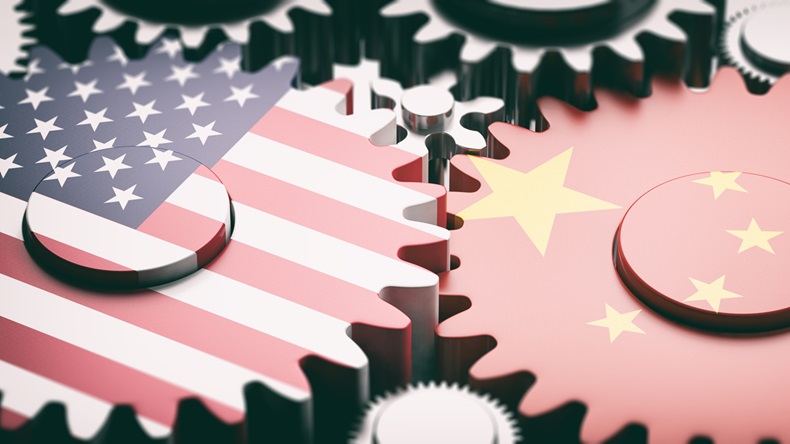 US wants to keep tariffs on Chinese products in place and continue enforcing the so-called phase one agreement.

WASHINGTON’s trade relationship with China is “one of profound consequence,’’ according to US Trade Representative Katherine Tai.

“For too long, China’s lack of adherence to global trading norms has undercut the prosperity of Americans and others around the world,” she said in a speech this week.

“It is increasingly clear that China’s plans do not include meaningful reforms to address the concerns that have been shared by the United States and many other countries.”

Those expecting a turnaround in Sino-US trade relations must have been disappointed.

The speech, at the Center for Strategic and International Studies, showed that the administration of President Joe Biden will — at least on one key front — carry on the legacy left by its predecessor.

In short, Ms Tai said the administration wanted to keep the tariffs in place and continue enforcing the so-called phase one agreement. And that spells both risks and opportunities for shipping.

The US levies on hundreds of billions of dollars-worth of Chinese exports had once spooked container shipping companies over dented demand.

Then the coronavirus pandemic overthrew all analysts’ forecast, and nurtured an unprecedented boom period for container rates that has yet to end.

It is arguable that the failure to remove the tariffs will bring little change to the market. Box shippers and retailers have already got used to the extra cost of duties. Chinese shipments to the US motor on.

But still some elements need to be factored in amid the fluid external environment.

An important aspect is the rising inflation pressure, a concern repeatedly expressed by tariff objectors.

In a recent report, BofA Securities, previously Bank of America Merrill Lynch, expected the tally to move up even higher in September and October with the blow from the ongoing power crunch in the country.

The inflated prices are being transmitted to the US via exports of products. Abolishing the tariffs would have helped offset the mark-ups.

It’s true that US consumer demand has proved its exceptional resilience in the past. And the “pent-up” orders at Chinese factories due to the logistics bottleneck will likely keep feeding the cargo flows for months to come, as Toll Group managing director Thomas Knudsen recently pointed out.

But inflation, if it stays high, will cut into spending and raise the risks of stalling US demand. Freight markets will react, even in expectation of that.

“The US tariffs have had no material impact on the US trade imbalance overall while it has pushed up import prices, so it will ultimately harm the US economy,” said Liner Research Services analyst Hua Joo Tan.

The continuation of the Sino-US trade pact seems rather to bode well for other shipping sectors, however.

China is far off target. It had only fulfilled $164.6bn out of the total $352.2bn committed as of end-August, according to data compiled by the Peterson Institute for International Economics, a Washington-based think tank.

Of those, agricultural procurements hit 85% of the pro-rated targets while the ratio for energy was just 39%.

That suggests a raft of potential demand for dry bulkers and oil tankers in the fourth quarter provided China intends to perform.

“Soyabean exports are currently estimated to run $10bn short, though China could make substantial purchases given that September through December are some of the crop's largest shipping months historically,” wrote PIIE senior researcher Chad Bown in an article.

Of course, the optimism should always be laced with caution.

As Beijing pledges to secure energy supply for winter, its purchase of American coal and liquified nature gas is expected to ramp up. But the imports of US crude oil — which was 40% short of its pro-rated targets and could boost the much-needed tonnage-mile demand for tanker owners suffering rock-bottom rates — may not.

The volume will be constrained by relatively high freight costs and insufficient output in the US, unless the Brent-WTI spread widens further to create enough arbitrage opportunity, said a major Chinese tanker company executive.

And there is the consideration of climate change.

Unlike former US president Donald Trump, who once described global warming a hoax, Biden has told his country to step up its “climate ambition”.

Producing and selling more dirty fuel to China could lead to criticism for hypocrisy.

“Continuing to push China to buy an increasing amount of US fossil fuel exports would be inconsistent with broader goals of encouraging China to stop building coal-fired power plants and otherwise de-carbonise its economy,” said Mr Bown.

These issues are expected to be discussed by Ms Tai and her Chinese counterpart in their next meetings, while she also has other troubles, such as China’s perceived unfair trade practices, to address.

In the longer run, a continued power struggle between the world’s two largest economies is bound to incur more profound impact on global trade and the underlying shipping industry. But for now, let’s keep an eye on how China will archive its procurement targets in three months and whether the US will annul the tariffs as a reward.

That, if materialised, would give shipping a blessing at least in the near term.