Seafarers: At the core of shipping’s present

If the industry is to face down recruitment challenges in future, it needs to value its frontline workers now

World Maritime Day initiatives are welcome symbolic tokens of esteem, but might not be enough to make hapless cadets, ratings and officers who haven’t set foot in their own dwelling since early 2020 feel the love 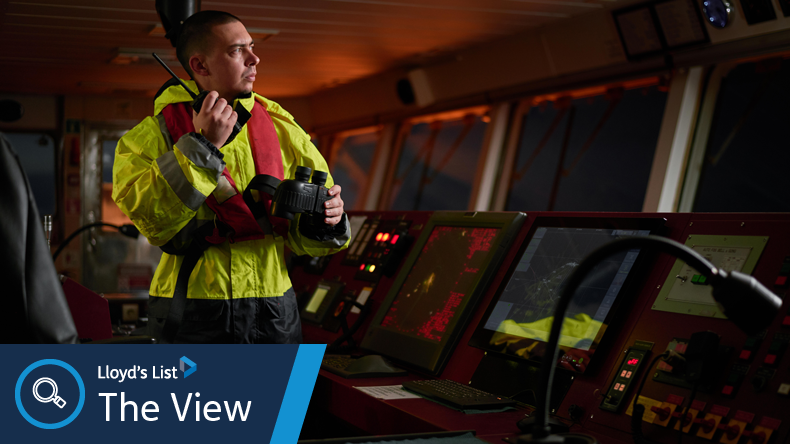 Source: Denys Yelmanov / Alamy Stock Photo Many seafarers will stand in need of reassurance over their present as well as their future.

THE official theme of  this year’s World Maritime Day is ‘Seafarers: At the Core of Shipping’s Future’. Unfortunately, many will stand in need of reassurance that they are at the core of shipping’s present.

As an open letter to the United Nations general assembly from four leading transport organisations — including two from shipping — makes clear, the scale of hardship endured by millions of transport workers since the onset of the Covid-19 pandemic is without obvious modern peacetime parallel.

Seafarers have in some instances toiled for 18 months beyond their contracted tour of duty, living away from family and friends in accommodation that would not attract rave reviews on Trip Advisor.

The effects on their mental health can only have been deleterious. Apart from the ethical qualms this should raise first and foremost, owners who fail to factor this consideration into the safety planning may be opening themselves up to liability claims.

It’s a special World Maritime Day edition of the podcast this week and International Maritime Organization secretary-general Kitack Lim joins us to offer his view, not only on the future vision for seafarers, but also the immediate problems that industry, institutions and governments have seemingly been unable to resolve

The round robin from the International Transport Workers’ Federation, the International Chamber of Shipping and aviation and road transport counterparts is essentially a plea to governments to raise their game.

While that’s a valid call in the era of pervasive lockdowns, some quarters of the shipping industry itself need to improve their own standards before we can implore others to do so with complete credibility.

While matters have improved immeasurably since the entry into force of the Maritime Labour Convention, crew abandonment and the failure of some flag states to conduct timely casualty investigations remain live issues.

Lloyd’s List will continue to raise both unapologetically until shipping reaches a better a place on both scores.

We write at a moment at which Britain faces labour shortages in a number of key worker occupations. Most spectacularly, petrol is not getting to the pumps for want of truck drivers.

Vegetables rot in fields for lack of hands to pick them, while fast food chains are running out of everything from milkshakes to chicken breasts, and some pubs are even — whisper it softly — low on beer.

Economists tentatively argue that some countries stand at the brink of a new labour market dispensation, with employees in possession for the first time in decades of the requisite bargaining table clout to push up the workforce’s slice of the pie.

Meanwhile, as ICS general secretary Guy Platten — one of the signatories to the aforementioned open letter — highlighted in a recent podcast, shipping has its own recruitment challenges ahead.

It is going to be increasingly difficult to hire officers; while it has long been tacitly assumed that the supply of ratings is basically bottomless, the availability of more congenial jobs ashore at attractive remuneration may nix that supposition.

Adding to the difficulties of convincing young people with multiple options that seafaring is the right career choice is the rise and rise of autonomous shipping. What bright twentysomethings are going to train up for a set of skills that could be obsolete by the time they are thirtysomethings?

International Maritime Organization World Maritime Day initiatives — including an interactive webinar with four of those at the industry coalface, and bathing the Albert Embankment in blue light — are welcome symbolic tokens of esteem.

But they might not be quite enough to make those hapless cadets, ratings and officers who haven’t set foot in their own dwelling since early 2020 feel the love.

The Lloyd’s List Podcast: Why the world is about to run out of seafarers