It’s a special World Maritime Day edition of the podcast this week and International Maritime Organization secretary-general Kitack Lim joins us to offer his view, not only on the future vision for seafarers, but also the immediate problems that industry, institutions and governments have seemingly been unable to resolve 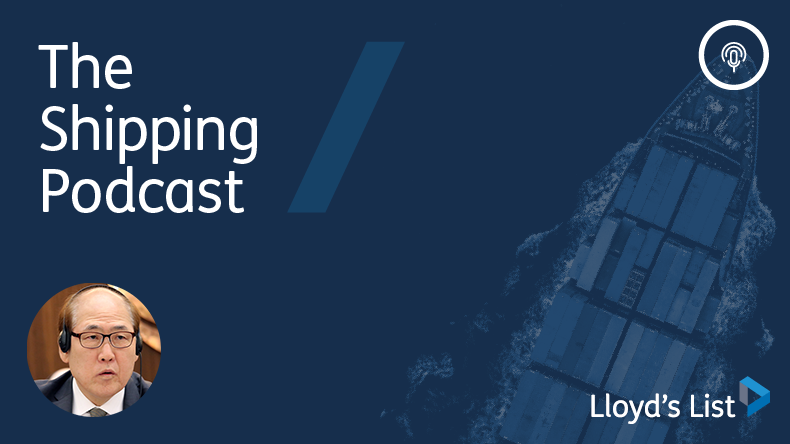 IT is World Maritime Day and we should be highlighting the importance of shipping to the wider world with a particular focus this year on seafarers and their role as the backbone of globalised trade.

But as shipping rallies behind calls for a fairer future for seafarers at the core of shipping’s decarbonised, digitalised epoch shift, we need to consider why we have collectively failed to deliver a fair present.

Despite noted improvements in rates of vaccination for seafarers, only 25% are fully vaccinated, and most are not in line to receive a vaccine through their national programmes until at least 2022.

Meanwhile, severe travel restrictions across the world have led to seafarers being stranded on board, some for more than 18 months.

While efforts have been made by international maritime groups to help facilitate crew changes, it has become apparent that seafarers are the victims of a lack of leadership and coordination on a global scale.

But why have we been unable to improve the situation for seafarers?

It is one of several key questions we have been asking ourselves so, for World Maritime Day we’ve invited the International Maritime Organization secretary-general Kitack Lim to join the podcast and offer his view, not just on the future vision for seafarers but the immediate problems that industry, institutions and governments have seemingly been unable to resolve.

We ask the secretary-general — What conversations are not being had that could help? What more can be done to improve the situation for seafarers and what supports can be put in place to help with mental health at sea? Are we risking losing a generation of seafarers? Are seafarers right to be concerned about autonomy? How does shipping compete with other sectors to attract the brightest and best? And what more can the IMO be doing to create the right working conditions to attract and train the next generation of crew and shoreside talent?

Listen to this week’s podcast to hear what he has to say.

The Lloyd’s List Podcast: The regulators’ view of container chaos

The Lloyd’s List Podcast: LISW and IUMI key takeaways in under 15 minutes