With oil likely to see a boost from gas, as LNG inventories remain at exceptionally low levels ahead of peak winter demand, what does it mean for the tanker markets? 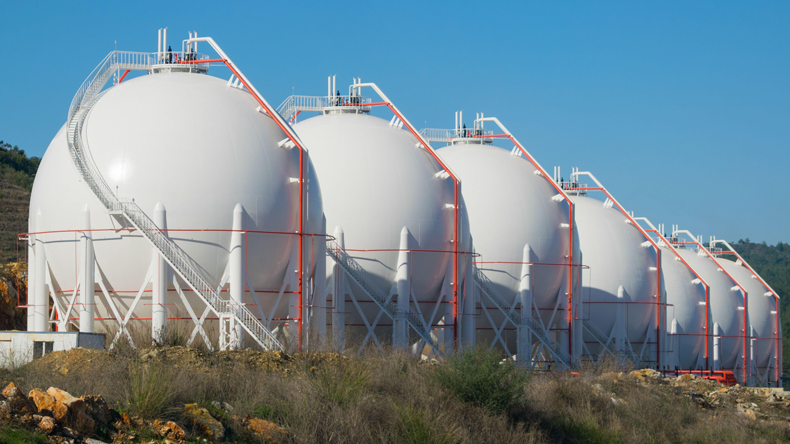 HIGH liquefied natural gas prices in Europe and Asia are likely to encourage firms to look for alternative energy sources providing support to the tanker market.

Oil is likely to come to the rescue of gas this year as LNG inventories remain at exceptionally low levels ahead of peak winter demand.

According to Gibsons shipbrokers, many utility firms been forced to burn more coal despite the environmental consequences, while oil-based fuels have also received a demand boost in regions where oil-fired power capacity still exists.

Depending on the scale of the demand increase, Goldman Sachs estimates demand to equate to a near 1% uptick in global oil consumption.

That would depend on a “cold winter” and likely be focused east of Suez where oil fuels have greater potential to form part of the power generation market.

IEA cuts 500,000 barrels per day from demand growth estimates for final half of 2021

“Winter demand risks are further now squarely skewed to the upside as to the global gas shortage will increase oil-fired power generation,” the investment bank said, adding that coronavirus vaccine programmes are allowing more countries to reopen international travel that will boost oil demand, leading to a spike in prices.

Brent oil prices have already reached new highs since October 2018, and Goldman Sachs forecasts that this rally will continue, with Brent forecast at $90 per barrel by the end of the year compared with $80 per barrel that it estimated previously.

High-sulphur fuel oil is expected to be the primary beneficiary of the oil-based fuels, according to Gibsons.

“Countries including Pakistan and Bangladesh, as well as some Middle Eastern players have already been more active in the spot HSFO market as LNG prices began to rise in the second quarter of the year,” the shipbroker said.

HSFO consumption is also likely to increase in parts of East Asia, such as Japan where oil-fired capacity is still available.

“Relatively stronger demand for HSFO in power generation in the East compared to the West should also offer some support for arbitrage flows.”

For tankers, any increase in oil demand is positive.

If demand continues to find support from firm gas prices, then tanker owners can expect to benefit from increased oil trade, be it greater HSFO trade, higher refining run rates or a boost in the Opec-plus oil producers group’s output, said Gibsons.

Still, any increase in crude direct burn in the Middle East could offset some of the benefit.

“Any gas related demand increase is unlikely to be enough to return oil demand to pre-coronavirus levels but could at least provide a temporary boost.”

PB Tankers ‘back from brink’ after sanctions delisting