Shippers should not expect a return to the rock-bottom freight rates of former years, with additional containership capacity offering only a partial solution to the strained supply chains that are stretched to the limit, FMC chairman Daniel Maffei says in the weekly Lloyd’s List weekly podcast 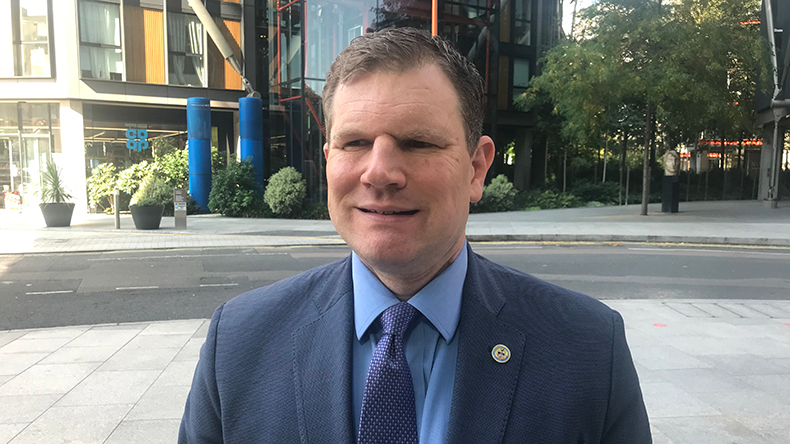 Maffei: Carriers are not well known and that is a big challenge for them.

OCEAN carriers serving the US need to do a much better job at explaining the economics of container shipping, and the industry’s essential role in supporting commerce.

They should also think twice about imposing surcharges at a time of spiralling freight rates and bumper profits.

That is the message from Federal Maritime Commission chairman Daniel Maffei, who says container lines should raise their profile in Washington and with the wider public to avoid bad press and rectify many misunderstandings.

Container lines have failed to seize a unique opportunity to demonstrate how they have kept global trade flowing during lockdowns and other pandemic-related restrictions, according to Mr Maffei.

Instead, most attention is focused on soaring ocean transport prices, port logjams, equipment shortages, and container repositioning costs that are hitting US exporters, with ocean carriers widely regarded as the main culprits responsible for supply chain disruption.

If there is an opportunity to tell their critics about the challenges faced by the industry, “it is an opportunity not being taken by the carriers,” he says. “They are their own worst enemy in a lot of ways in the US. Most of them don’t have people who go to the government, or public relations representatives.

“They avoid the mainstream media as much as they can. They are not well known .. and that is a big challenge for them.”

Furthermore, container lines then levy additional fees at a time when they are obtaining record high rates in the spot market and earning huge profits.

“That makes no sense to a lot of the shippers,” said Mr Maffei. “Those kind of actions do no good from a PR sense. It makes the entire industry look bad.”

Speaking on the weekly Lloyd’s List podcast in a personal capacity as one of five commissioners, he advises container lines to “step up” and respond to the criticism.

“I am not saying the chief executives should do a media tour of the US.” But when it comes to some of the extra fees that have been imposed, Mr Maffei tells industry leaders “to put your common sense cap on”.

The FMC has asked container lines to explain their congestion-related levies amid an outcry from beneficial cargo owners, many of which have built their business models around low transport costs. Most of these extra charges have been filed with the FMC in line with regulatory requirements.

Neither has enough effort been made by carriers to engage both with customers and politicians and show how container shipping helps to facilitate a sizeable portion of the US economy.

US exporters ‘in fear of retaliation’ for complaints over shipping delays

US Federal Maritime Commission chairman Dan Maffei backs FMC commissioner Rebecca Dye’s allegations, saying that her investigation has been slowed by a number of barriers ‘like fear of retaliation’, which ‘is keeping individual shippers from filing their own complaints’

Yet when he talks to chief executives, Mr Maffei finds they usually have a good story to tell.

Some container lines, including Maersk and Cosco, have become more image conscious and much better at public relations, but overall the container shipping industry still needs to make more of an effort, he said.

But shippers, too, need to have a better understanding of market dynamics and realise that freight rates have been driven to unprecedented heights by demand, and not by any sort of collusion.

A registered Democrat, Mr Maffei was appointed chairman of the FMC earlier this year after President Joe Biden took office, and now finds both himself and the Washington agency overseeing an industry caught up in the most extraordinary market circumstances ever witnessed by either carriers or their customers.

And while lines have been the target of much flak from both cargo interests and their political representatives, with an Ocean Shipping Reform bill now before Congress, Mr Maffei is warning shippers not to expect a return to the extremely low freight rates of the past.

Many smaller and medium-sized businesses have essentially counted on the exceptionally cheap shipping costs, and now find that their business models have been turned are upside down. And that is before the cost of decarbonisation starts to be factored in.

“Shipping has been underpriced for decades,” says Mr Maffei, reflecting chronic over-capacity exacerbated by state subsidies in parts of the world.

But even if more ships are built in response to volume growth, that will only have a limited impact since the rest of the supply chain, from ports and terminals, to inland transport and warehousing, is under severe strain and stretched to the limit.

For that reason, Mr Maffei says he does not expect to see a return to rock-bottom freight rates, but neither does he think higher shipping costs will have a significant impact on final retail prices, given that ocean costs still only account for a small share of the total, even at today’s inflated levels.

Container lines have had a difficult relationship with shippers over the decades, while regulators have also tended to regard the industry with deep suspicion. Much of this dates back to when lines were allowed to discuss and set freight rates collectively through the conference system which formed the backbone of liner shipping from well before the advent of containerisation.

Europe finally outlawed conferences in 2008 but granted a block exemption from competition rules to consortia which enable lines to form vessel sharing alliances and cooperate in other ways, as long as there is no price collusion.

But as the industry consolidated, with the handful of remaining global carriers forming giant alliances straddling several deepsea trade lanes and jurisdictions, so distrust between the various sides resurfaced.

That was in evidence in 2017 when the US Department of Justice served subpoenas to the heads of the world’s top lines during a meeting of the Box Club in San Francisco.  The case was subsequently dropped, but the Box Club has since been closed down after 50 years.

The World Shipping Council was set up by lines to represent the interests of the industry in Washington and other capitals, while there have also been attempts in the past to launch promotional campaigns. But for the most part, container shipping has preferred to keep a low profile, with industry bosses tending to steer clear of too much personal attention.

The Lloyd’s List Podcast: The regulators’ view of container chaos