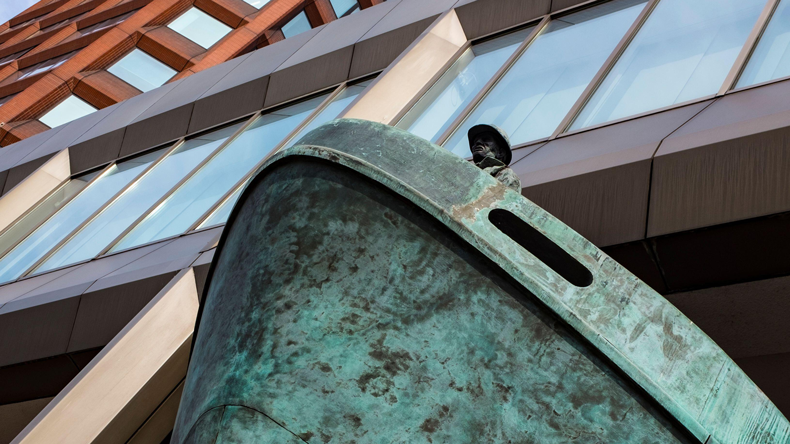 OVER 150 companies and organisations from across the maritime, finance and energy sectors have called on the International Maritime Organization to commit to fully decarbonising shipping by 2050.

An initiative led by the Getting to Zero Coalition calls on governments to collaborate with industry to generate the necessary policies and investments that can power the energy transition over the next few years.

“Deliver policy measures that will make zero emission shipping the default choice by 2030, including meaningful market-based measures, taking effect by 2025 that can support the commercial deployment of zero emission vessels and fuels in international shipping,” a statement said.

Why COP26 matters to shipping

Regulatory uncertainty may be trumping climate urgency as shipping stumbles in the race to zero, but the maritime sector must avoid being perceived as laggardly in its decarbonisation ambitions. Progress at COP26 will directly inform the pace of change inside the IMO. Failure will slow investment, undermine the IMO and amplify financial risk for the entire sector

Euronav, Maersk,  BP Shipping and NYK Line have also signed, as have charterers, including Cargill and Trafigura.

The IMO agreed in 2018 to reduce international shipping greenhouse gas emissions by at least 50% by 2050 compared with 2008. However, it will revise the target in 2023.

“Commit to decarbonising international shipping by 2050 and deliver a clear and equitable implementation plan to achieve this when adopting the IMO GHG Strategy in 2023,” the companies told world leaders ahead of this week's UN General Assembly in New York.

They aim to increase pressure on the IMO to adopt both a net-zero or zero-emissions target for 2050 and a market-based measure, such as a carbon levy, that will help achieve it by reducing the price gap between conventional and alternative fuels.

The coalition also demanded that governments support industry on a national level by setting domestic shipping decarbonisation targets and offering other incentives for first movers of support for the deployment of zero emissions fuels and vessels.

Representatives from the EU and European Community Shipowners’ Association sparred over green regulations on a Capital Link session. BIMCO said it was too early to discuss how to push shipping to decarbonise when the means and power supplies to do so were not yet in place

The 5% figure refers to a study conducted earlier this year that established it as the required zero carbon fuel share of shipping bunkers by 2030 to attain a decarbonised global fleet by 2050.

"I think now, more than ever, is the right time to better align our collective ambition with the policy and frameworks that are required from national governments and international regulators to truly make decarbonisation of shipping a reality by 2050,”said Harry Banga, chairman and chief executive of Caravel Group, also a signatory together with its shipmanagement unit Fleet.

Countries including the US, the UK, the Marshall Islands, Solomon islands and others have publicly called for the IMO to adopt a zero emissions target for 2050.

The organisation will officially begin discussing market-based measures in a behind closed doors meeting in October, followed by the Marine Environment Protection Committee meeting in late November.

There are already three such proposals on the table for the IMO to discuss; two emissions levy proposals, one from Pacific Island nations and one from shipowner groups, and another for an emissions trading system for shipping, made by Norway.

A study by the Getting to Zero Coalition suggests that zero-carbon fuels need to account for 5% of international shipping’s fuel mix if it is to decarbonise by 2050. Hydrogen-based fuels are seen as the most promising enablers

Despite support from countries such as the US, Japan, the UK and Greece, major developing nations such as Argentina, Brazil, China, Indonesia, Malaysia and Russia have expressed opposition to or at least concerns about a market-based measure for shipping.

The MEPC will follow the UN’s COP26 climate conference in November, in which proponents of a measure hope that governments will strengthen their climate commitments and that renewed mandates will facilitate faster and more effective regulation coming out of the IMO over the next couple of years.

“Policymakers have a historic opportunity to accelerate this process by introducing a global carbon levy on marine fuels, to drive decarbonisation and incentivise investment in zero emissions fuels and vessels. The time for action is now,” said Jeremy Weir, chief executive of Trafigura, which was among the first corporations to back an emissions levy for the sector and has made its own proposal for a fuel levy of $250 to $300 per tonne of CO2 equivalent.

Green loan pricing benefits ‘not there yet’